Book Review: Beneath The Surface by Heidi Perks

Bad mothers present such a rich seam for writers - from book-hating Mrs Wormwood in Roald Dahl's Matilda to Christina Crawford's portrayal of her mother, Joan, in her memoir, Mommie Dearest. In failing to put their children's interests first, they - so much more than bad fathers - are seen as unnatural; their families doomed to dysfunction and a lifetime's striving for an equilibrium just out of reach. Fecund territory indeed, as Heidi Perks demonstrates in her tense new debut novel Beneath The Surface. 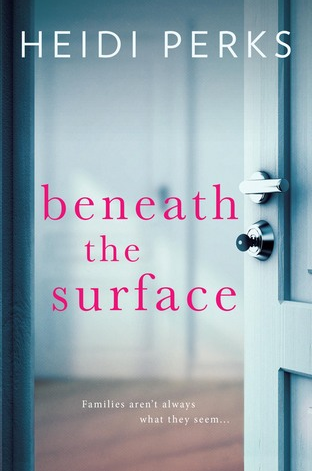 Seventeen-year-old Abigail Ryder could be said to have the worst mother of all; one who simply disappears one day while her daughter is at school, taking Abi's young half-sisters Hannah and Lauren with her. Yet the police already see Abi as trouble and are disinclined to investigate - especially when her grandmother Eleanor steps onto the scene. She simply tells Abi she's better off forgetting all about them and forging a path of her own.

Fourteen years later, this is just what Abi has been trying to do. Now married to Adam, she's rebuilt much of her life, but it's clear that all is not well; she's seeing a therapist and finding it hard to tell Adam the real reasons behind her reluctance for them to start a family of their own. So, was her mother, Kathryn, simply bad - or did she have good reasons for abandoning one daughter, while taking two others with her? Abi determines the only way to resolve her turmoil is to uncover the truth behind her family's disappearance that has evaded her for so many years.

The story unfolds through multiple points of view - sometimes Abi, Kathryn, Hannah or Lauren's, interlaced with a letter that Abi, on the advice of her therapist, is writing to Adam. It's a structure that allows us an insight into each person's head so that, however extreme their actions might be, there are clues to why they acted as they did. Perks skilfully weaves together the threads of her story, the secrets and lies that exist between mothers and daughters. She ratchets up the tension and reveals just enough to keep you desperate to find out more. As the real villain of the piece is gradually revealed, the story takes on aspects of a Victorian novel transported into contemporary times.

The characters in Beneath The Surface are convincing enough to keep you involved, although some are more fully rounded than others. Abi and Hannah are particularly well-drawn and spring from the page, especially in the evocative setting of Mull Bay, an isolated fishing community of both beauty and confinement somewhere in the North-East of England. Yet other family members remain a puzzle in their motivation, sketchier perhaps because restricted by the multi-layered plot that demands not everyone should be quite what they seem. And the fathers of the family tend to get off very lightly - but then, there's nothing very new about that. 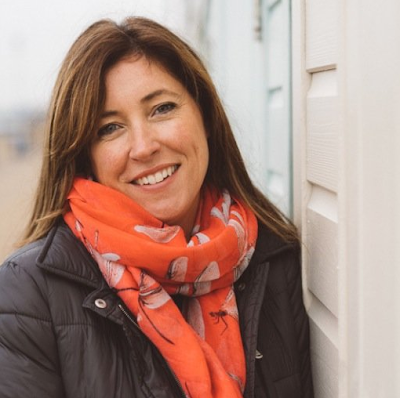 If you like suspenseful, plot-driven stories that peel away layers of fabrication to unmask a shocking truth, then Beneath The Surface certainly delivers. You may guess some of the novel's secrets, but Heidi Perks has so much to reveal it's unlikely you'll think of them all. Ultimately, Beneath The Surface is a very engaging debut; an engrossing read with a satisfying ending that keeps you hooked until the final page.

Beneath The Surface is published by Red Door Publishing. Many thanks to them for my review copy.
Posted by Claire Thinking at 14:34