Book Review: The Taming of the Queen by Philippa Gregory

While not being a frequent reader of historical fiction, I can't help but share the contemporary fascination for the Tudors. Hilary Mantel's nuanced and masterful portrayal of Thomas Cromwell ranks highly in my all-time favourite reads; waiting impatiently for the third instalment of the Wolf Hall trilogy, I've turned meanwhile to a retelling of the final marriage in Henry VIII's turbulent reign. 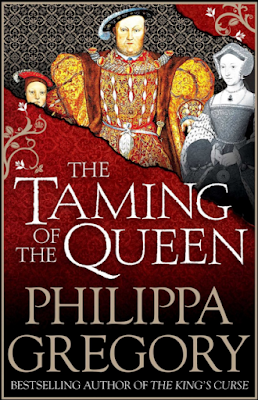 Philippa Gregory's latest novel, The Taming of the Queen, follows the fortunes of his sixth wife, Kateryn Parr, as she attracts Henry's attention when lady-in-waiting to his eldest daughter, Mary. Twice-widowed by the age of 31, Kateryn has already embarked on a love affair with Thomas Seymour, brother to the dead Queen Jane. Now, she must set that aside and close her heart, to marry a suitor who is also a serial killer not to be refused - the most powerful man in England, Henry Tudor.

The glamorous young man that Kateryn's mother used to adore as the handsomest prince in Christendom is long gone; five wives later, at the age of 51, Henry is stale-breathed, obese, tyrannical and volatile. His health may be failing, his leg so ulcerated he can barely walk, but his legendary appetites are as voracious as ever - for feasting, power, war and women.

Gregory's version of Kateryn, far from being matronly as she is often portrayed, knows she must use both her beauty and wits to survive. Sumptuously clothed in the jewels and garments of the wives who have gone before her - glimpsing their shadows at every turn - she gradually gains the King's confidence alongside his lust. In a court riven by religious faction, her scholarship increases and she becomes a voice for the new reforming faith. She makes a family of Henry's three children, Mary, Elizabeth and Edward, uniting them under one roof, and rules as Regent when Henry is fighting in France.

But, this stability is short-lived. Weaving in historical facts as skilfully as you would expect from a writer of such prolificacy and stature, Gregory also creates for Kateryn a compelling inner voice - my only quibble being a repetitive dream sequence - which, even as you know the outcome, has you reading on to find out what will happen next:


Whoever wins the battle for the king's wavering attention now, will win the next reign. Whoever he favours now, will inherit a prime place when Edward comes to the throne. My husband has described these people to me as dogs waiting for his favour, but for the first time I see it for myself, and know that I am one of them. My future depends on his favour just as theirs does, and tonight I cannot be sure that I have it.

Henry is notoriously short-tempered and mercurial, his memory revisionist and opinions increasingly influenced by those who would have him turn back to the Catholic faith. Never happier than when playing dog-master, Henry once again sets his subjects against each other and Kateryn must do all she can to avoid becoming yet another dead wife. Gregory's version of how Kateryn saves her own life while being broken in spirit is so gruellingly believable, it's hard to remember that all she describes as happening behind closed bedroom doors is conjecture rather than fact. 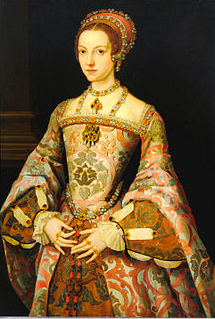 In her author's note at the end of the book, Gregory ponders why Kateryn Parr has not been more written about; despite her fame as the wife who outlived Henry VIII, as with so many women in history, we remember too little of her in her own right. Kateryn is a survivor, a scholar and the first woman to publish original work under her own name in English; a source of inspiration for the future Elizabeth I, she is indisputably a woman of great accomplishment, ahead of her time.

The Taming of the Queen by Philippa Gregory is published in hardback in the UK by Simon & Schuster | Image: Contributed
Posted by Claire Thinking at 17:57

Email ThisBlogThis!Share to TwitterShare to FacebookShare to Pinterest
Labels: Kateryn Parr, Philippa Gregory, Simon & Schuster, the Taming of the Queen