The Botswana of Michael Stanley's thriller Deadly Harvest is a rapidly modernising country, where the mask of new development never quite conceals the corruption and superstition lurking beneath. Into this melting pot of the traditional and new steps detective David 'Kubu' Bengu of the Botswana Criminal Investigation Department, a man devoted to both family and creature comforts, with a deceptively razor-sharp mind. 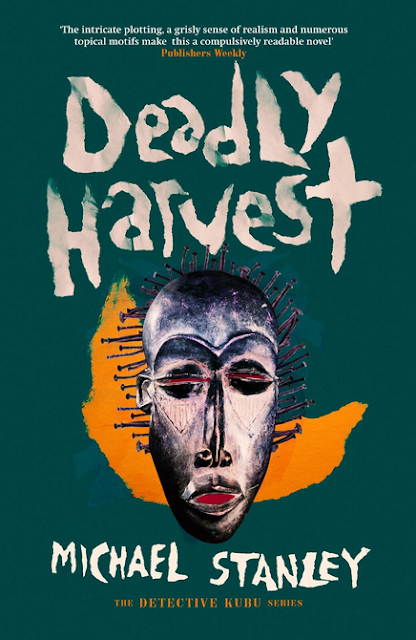 When young girls start to go missing in mysterious circumstances, Kubu is called upon by rookie investigator Samantha Khama for help. Working together, they begin to suspect the girls are being abducted for muti - the traditional African medicine dispensed by witch doctors. Usually derived from plants or sometimes animal parts, the most powerful medicine of all is believed to be created from human organs. As Samantha delves further into this age-old tradition, she is told:


'Many, many people believe in witchcraft. Not just ignorant people and children, but business people, people in the government...And many in the police also believe. That's why so few cases are solved. They're scared the witch doctor will put a spell on them if they get too close.'

But Samantha has personal reasons for pursuing the case and, as politicians with power and those seeking it become both victims and suspects, the plot grows ever more intricate. The killing continues and Samantha and Kubu find themselves having to face their own personal fears to decipher the clues and capture the murderer.

This is the fifth book in the Detective Kubu series, although the first to be published in the UK. Its location will be familiar to readers of Alexander McCall Smith’s bestselling series The No 1 Ladies' Detective Agency featuring the irrepressible Ma Ramotswe. But Deadly Harvest has a much darker and grittier feel that already has it being cast as ‘sunshine noir'. 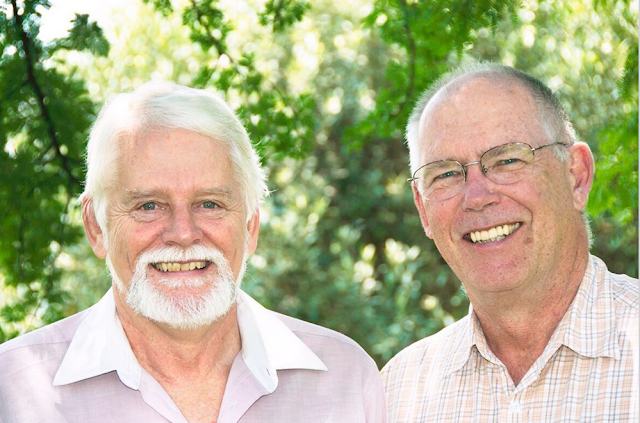 The writing team behind Michael Stanley is Michael Sears and Stanley Trollip, both South African born and working in business and academia. Apparently, they hit on the winning formula for their first Kubu mystery, A Carrion Death, having watched a pack of hyenas devour its prey on a flying trip to Botswana. I’m always surprised and fascinated by a work of fiction written in collaboration, perhaps because, for me, writing is an intensely personal experience. In their place, I can’t imagine agreeing on anything much at all. Happily, if Deadly Harvest is anything to go by, Sears and Trollip don’t suffer from this problem.

Deadly Harvest is published in the UK by Orenda Books on 30th June 2016. Many thanks to Karen at Orenda for my review copy.
Posted by Claire Thinking at 09:15