I'm looking forward to reading Epiphany Jones - it sounds like an intriguing and original debut:


Jerry has a traumatic past that leaves him subject to psychotic hallucinations and depressive episodes. When he stands accused of stealing a priceless Van Gogh painting, he goes underground, where he develops an unwilling relationship with a woman who believes that the voices she hears are from God. Involuntarily entangled in the illicit world of sex trafficking amongst the Hollywood elite, and on a mission to find redemption for a haunting series of events from the past, Jerry is thrust into a genuinely shocking and outrageously funny quest to uncover the truth and atone for historical sins.

Here, I'm delighted to welcome the novel's writer Michael Grothaus, to discuss how he uses humour to make his unconventional characters appear more sympathetic to his readers: 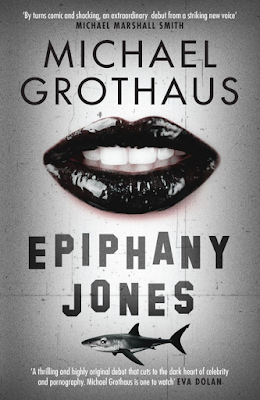 How Humour Makes Us Love Characters We Shouldn’t Like

We could all name characters from the novels we love that we take a liking to right away. These are characters that, no matter what their predicament, we are rooting for from page one. Maybe they remind us of ourselves, or they are facing an obstacle we ourselves have faced. Maybe they’re smart or clever – as we wish to be. Or perhaps they are seeking the same goal as us and if they can achieve it, then maybe so can we. Whatever the reason, these characters are someone we would want to have a coffee with, if they were real, and possibly even invite over for a meal.

Jerry Dresden, the main protagonist from my novel Epiphany Jones, is not one of these characters. By design Jerry, when you first meet him, is probably one of the last people you would want to hang out with in real life. He suffers from a number of psychological afflictions and…unique…addictions. Even his last name – Dresden – was specifically chosen to represent how wrecked his life is. Dresden, Germany was one of the most devastated cities in Europe during the Second World War. Jerry’s life is, metaphorically, just as wrecked; not by bombs and war, but by tragedy and addiction. 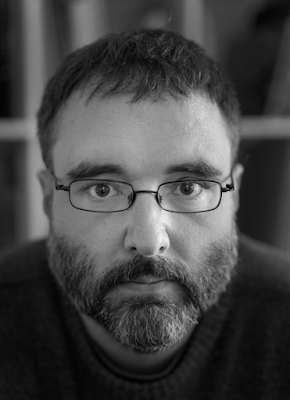 What I set out to do with Jerry was create a character you don’t find in many books. A protagonist that you should by no means like, yet one you would love by the end of the novel. I wanted to do this because in real life some of my favourite people are the ones I disliked most when first meeting them. Yet whether by chance or determination I stuck with these people, got to know them — really know them — and my life has been the better for it.

Of course, that’s hard to pull off in a novel. After all, with a novel, it’s easy to cut a person out of your life for good – just close the cover and pick up another book. That’s why Jerry’s sense of humour is so important. Humour has the power to carry us through tough predicaments; to see us through to the other side. In Epiphany Jones Jerry – and the reader though him – experiences some of the most harrowing situations possible: addiction, human trafficking, murder. It’s Jerry’s often inappropriate and out-of-the-blue comments that make us warm to him; it’s his sense of humour that makes us stick with him. We may not like him at first, but at least he’s entertaining.

His humour acts as a tool to soften the reader, to open a small tear in their heart that leads to an inkling of affection for him – and it’s a tear which, once Jerry starts to reveal his dark past and the reader discovers why he is how he is, widens until, by the end of the novel, not only does the reader feel for Jerry, but feel with him.

One of the greatest compliments a writer can receive is having someone tell them their novel made them cry. I knew Jerry was a successful character, despite all his flaws, when a six-foot-three muscular cop who has seen countless amounts of human suffering over the course of his career told me he wept for Jerry at the end of the book. What’s not to love about that?

Epiphany Jones is published in the UK on 30th June 2016 by Orenda Books. Many thanks to Karen at Orenda and Michael Grothaus for writing here.
Posted by Claire Thinking at 08:51