Last year, I reviewed We Shall Inherit The Wind, my first Gunnar Staalesen novel. You can read my verdict here, but - short version - it left me keenly anticipating the next instalment in Norwegian private investigator Varg Veum's turbulent life. 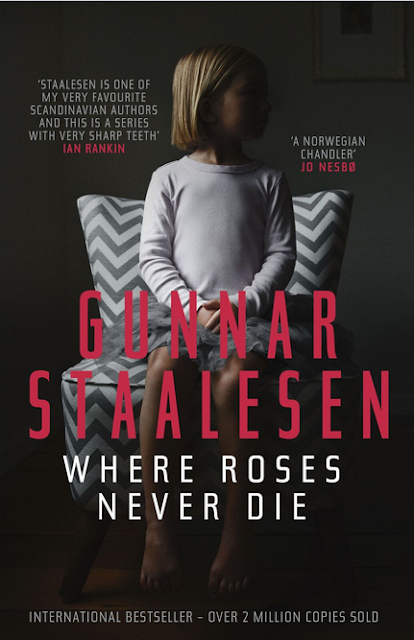 Now this has arrived in the form of Where Roses Never Die, which finds Veum three years later with - for reasons quickly apparent - the darkness closing in around him. Drinking too much, a bottle of Aquavit always close at hand, he's barely taken on any work and the only thing bleaker than his mood is the disastrous state of his finances.

Yet, when approached by the mother of Mette Misvaer, a three-year-old girl who disappeared seemingly without trace almost 25 years ago, Veum is galvanised into action. He begins by uncovering links to a recent brutal jewellery heist and, digging further, unearths intimate secrets between close neighbours that have lain undiscovered by police.

Like the wolf he is named for in Norwegian, Veum is relentless in his pursuit of the truth; circling his chosen prey with probing questions until he finds a weakness that lets him in. And, if he doesn't exactly conquer his own demons in the process, then he is at least able to walk alongside them for a while.

Veum is not the only one damaged; all the characters he meets from different walks of Norwegian life - from car salesman to failed footballer - have been ravaged by their experiences in one way or another. At every stage, Staalesen demonstrates Veum's keen perception of human nature; a flawed protagonist able to understand others because of his own personal failings. 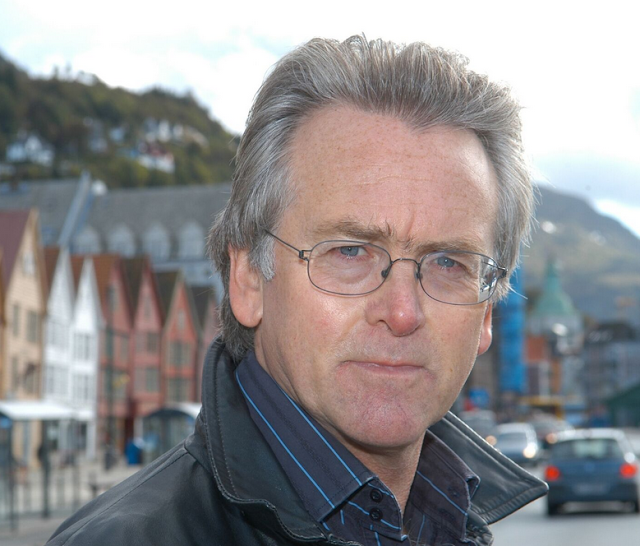 Tense and authentically inspired by two real crime cases in Norway, you can find the reasons behind the book's title (and a link to the song it's taken from) in this guest post on Jackie Law's blog neverimitate.

Once again fluently translated from the Norwegian by Don Bartlett, Staalesen's first person prose is so meticulous, it could have been sculpted out of ice. There's not a superfluous word as Veum edges closer to the frozen core of a truth buried away for decades, revealing as he does so dark and shocking tensions that have split apart the couples living near little Mette's family. Superbly paced, taut and atmospheric, this is a beautifully-crafted crime thriller that's always full of humanity.

Where Roses Never Die is published by Orenda Books. Many thanks to Karen at Orenda for my review copy.
Posted by Claire Thinking at 09:33