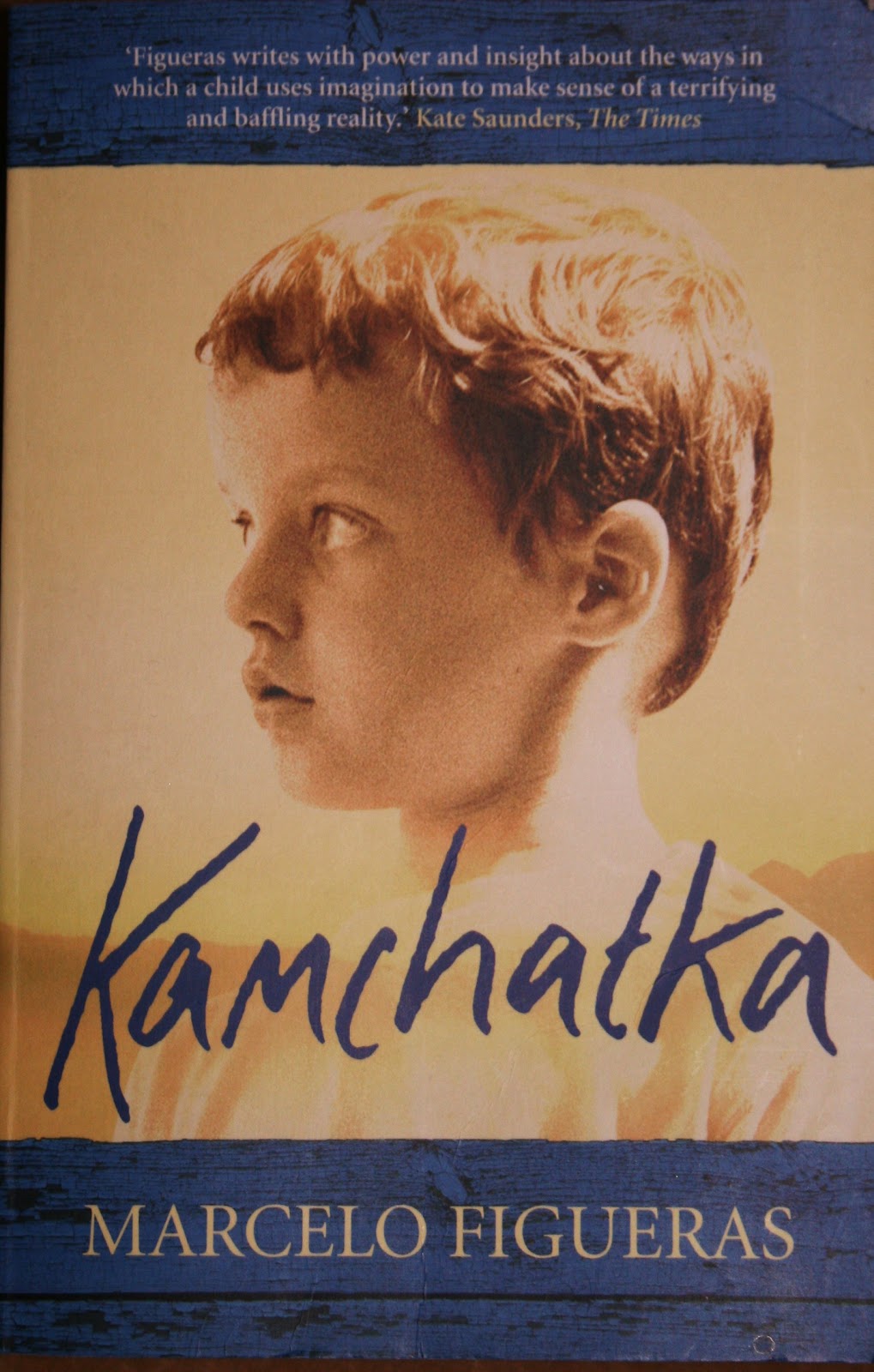 I first heard of this novel when it was reviewed on Radio 4's A Good Read, during the rain-sodden months we laughingly refer to as the British Summer of 2012.

This Summer was memorable for many things - the Diamond Jubilee, the Olympics and Paralympics in London and not least my daughter's 'A' level results. Being in Britain felt like being at the centre of the world - but the weather was definitely forgettable, and sooner or later some form of escape was called for. A real escape was out of the question so, hell, once again it had to be literary.

Kamchatka, by Argentinian author Marcelo Figueras, was shortlisted for the Independent Foreign Fiction Prize, and after listening to the unanimously glowing reviews on A Good Read I knew I had to track it down. Maybe the Argentina of the 1970s depicted in the novel wouldn't be my first choice for asylum, though - the country was ruled at that time by a military junta of generals intent on waging a dirty war against their own people. Political opponents or even those who dared criticise the regime disappeared from everyday life in their thousands, as though they had simply never existed.

The story is seen through the eyes of a ten-year-old child; we never know his real name but he adopts the identity of Harry as his family is driven into hiding. Harry is an endearing and knowledgeable narrator who retreats more and more into a world of comic books and superheroes - some of my book group thought he was too knowledgeable for a child, but the story is being told some time later and the greater experience of the older Harry is often woven into the narrative. The title of the book Kamchatka refers to a place not in Argentina but in Russia, one of the far flung territories in Harry's beloved board game of Risk. It is also the last word that Harry's father says to him, for reasons which are revealed as the story unfolds.

You feel as though this is a very real childhood and, from what I've subsequently read of Figueras, quite a lot is indeed autobiographical. The story is made by its details - the board games, the comics, the Nesquik and his brother's precious Goofy, the many, many references to the books and films Harry loves. The relationships are beautifully observed, too, from Harry's Papa and Mama (the Rock) his little brother (the Midget) and his assortment of grandparents and various 'Uncles', to the friends he reluctantly has to leave behind and the new ones he makes along the way.

The book is sub-divided into different school periods by subject; Harry is good at school and misses his classes when forced to leave. He tries to resent his new Catholic school, but in the end he can't. But the threat to his family is always lurking there in the shadows, in the coded conversations and looks exchanged by his parents and the unexpected late night journeys and retreats.

It cannot end happily and you're drawn towards an inevitably heart-wrenching conclusion and the horror of loss. But there is lightness along the way; a heated debate over the relative merits of Superman and Batman, a toad rescue mission, The Rock's failure to become an efficient housewife and epic games of Risk. And, above all, there is the realisation of the true meaning of Kamchatka.

I would have loved to read this novel in its native tongue, but my Spanish is lamentable so I settled for Frank Wynne's admirable English translation. As soon as I finished the book, I searched for other works by Marcelo Figueras; several more have been published but Kamchatka is the only one so far to make it into English. There's a wonderful interview on Winstonsdad's blog in which Figueras mentions he would like to see La batalla del calentamiento translated next; please Frank and Atlantic Books, could you see what you can do?