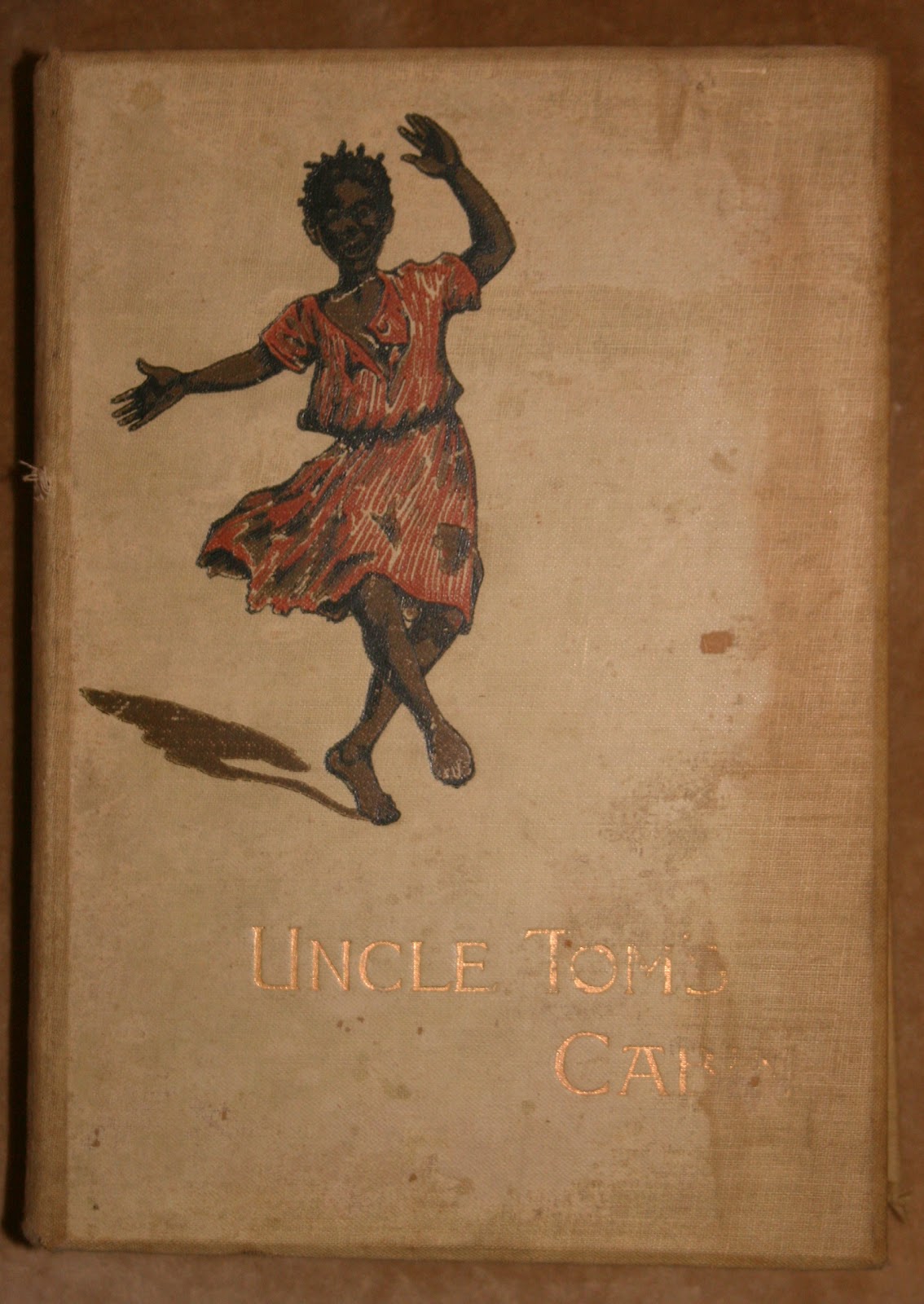 This is my copy of Uncle Tom's Cabin by Harriet Beecher-Stowe and I love it.

It isn't exactly an heirloom - I bought it a few years back at our village fete book stall and I'm ashamed to say I only got round to reading it a couple of months ago. I had it in my head that being an important American text about slavery, the story itself must be worthily and fustily written in 19th century prose. It's a problem I've had most of my life, as a teenager I took against English literature set texts from Jane Eyre to The Mayor of Casterbridge on principle, no matter what their (obvious in hindsight) merits, only having the limited vision to enjoy books I'd discovered for myself.

My book group isn't really formal enough to get into picking 'themes', but sometimes we choose them unconsciously. A while back we went through an American phase, starting with The Help (a far superior book than film) then moving on to Steinbeck's devastating The Grapes of Wrath and Toni Morrison's beautiful but oh so dark The Bluest Eye. So, one thing led to another, and there was my dusty old Uncle Tom's Cabin being reached down from the shelf.

This copy from Cassell and Company has the original illustrations by Jenny Nystrom-Stoopendal. I'm not usually a great fan of illustrations in books as, like most avid readers, I like to do the imagining in my head. But I warmed to these as they're so evocative, conjuring time and place much more clearly than I would've done on my own. The only problem was not looking at them as soon as each page was turned; they often give away what's happening before you get chance to read it for yourself.

Harriet Beecher-Stowe (1811-1896) was born in Conneticut and her literary career began after her marriage in 1836 to the Rev Calvin Ellis Stowe. She wrote many short stories and eventually published more than 30 books, but her first success came in 1851 with her contribution to The National Era, an anti-slavery paper, of Uncle Tom's Cabin in episode form. It was subtitled A Tale of Life among the Lowly and after some difficulty finding a publisher, the novel as we know it today was born in 1852. 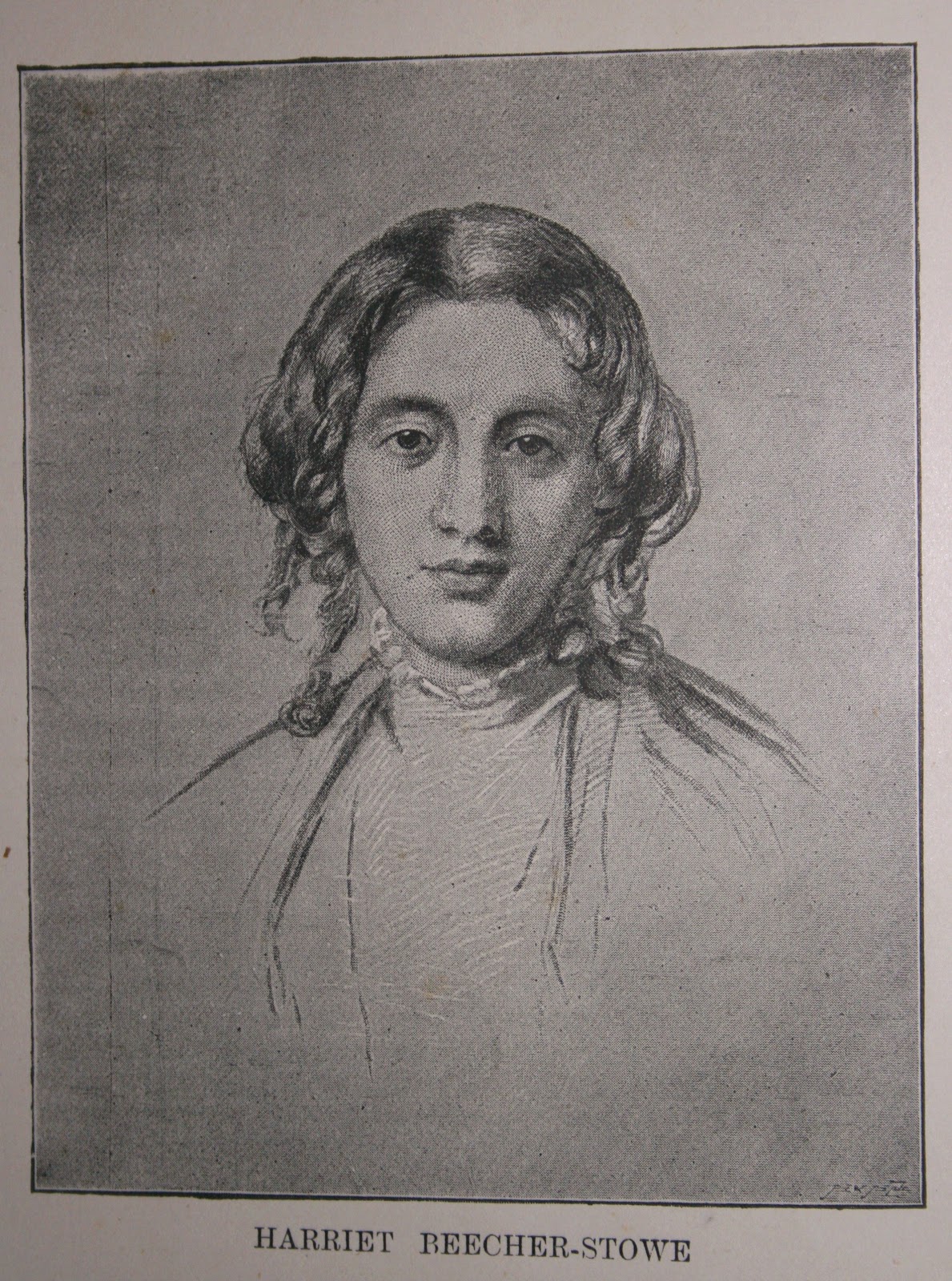 Success was rapid and sales quickly spread from the United States to England, after which it was translated into many languages. It added to the debate about the abolition of slavery in America at the time of the civil war and aroused great opposition in the South. Beecher-Stowe herself met with Abraham Lincoln in 1862 and legend has it he greeted her with the words 'so you are the little woman who wrote the book that started this great war.'

We first meet Tom at the opening of the novel as the 'best hand' belonging to benevolent Mr Shelby, a gentleman of Kentucky who treats his slaves well but nevertheless is obliged to sell our eponymous hero to a slave-dealer to discharge his debts. Thus we are introduced to one of the recurring themes of this work; slaves may be humanely looked after by their current owners but are never in charge of their own destinies as their circumstances change. 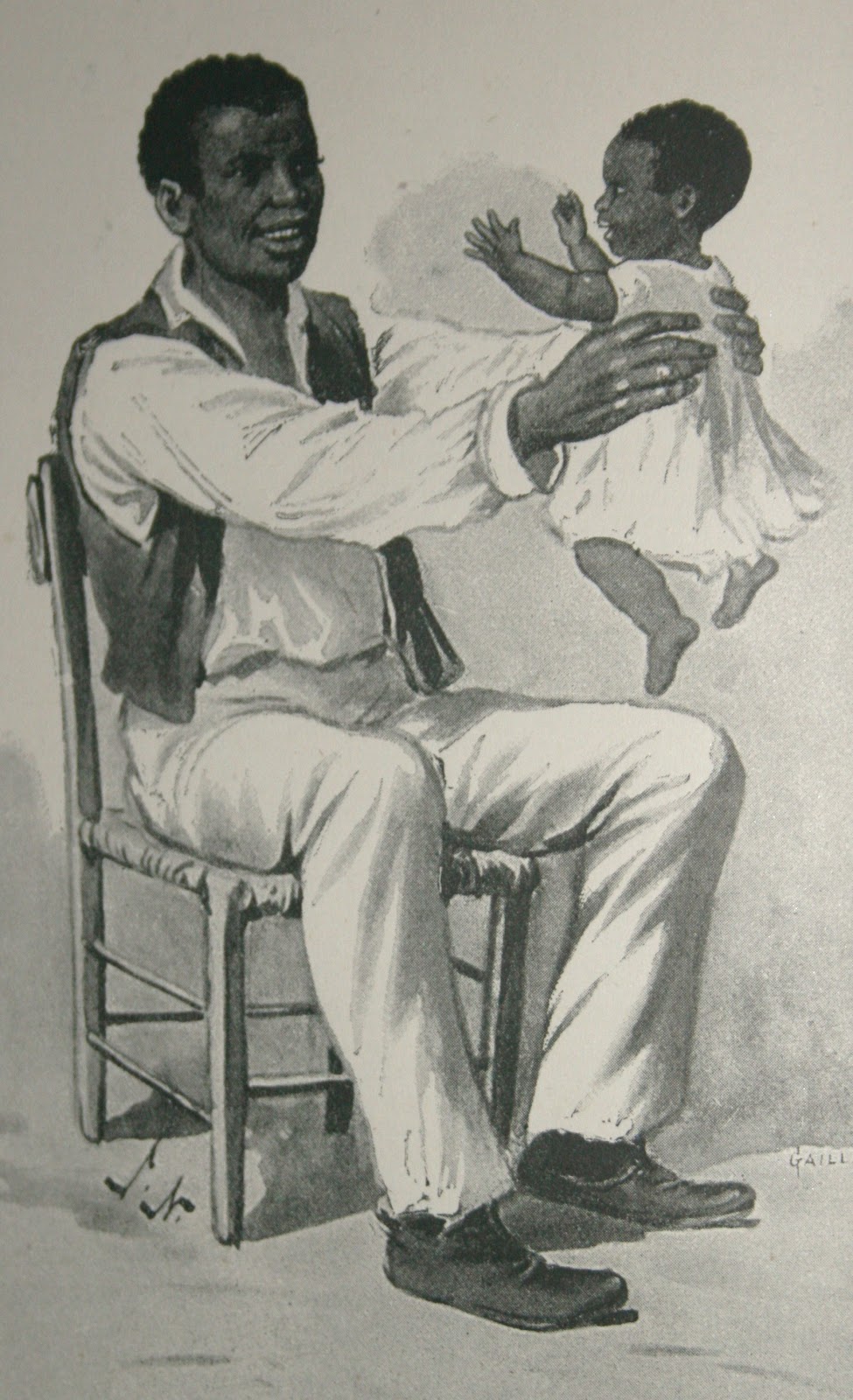 The low-life slave-dealer Haley also insists on taking ownership of a young boy, Harry, whom he knows will fetch a good price. Harry's mother Eliza overhears this conversation, and rather than lose her child decides to flee with him, setting up a pursuit which threads its way through the heart of this novel. Tom, meanwhile, accepts his fate with an equanimity rooted deep in his Christian faith, even though his sale to Haley means he must leave behind his wife and children for a probable life of  hard labour on the plantations.

What I didn't realise until reading this book is that it's a fantastic episodic adventure story; in retrospect you can see how it fitted into the formula of a periodical, with chapter endings hooking you into reading on. Tom's goodness overcomes the indignities thrown at him and he strikes up a remarkable friendship with a young white girl, Eva St Clare, on a Mississippi steamer. He's bought by her family and starts a new life, all the time working towards a return to his old one in the cabin. Although promised, this is not realised, and the demise of the St Clare family sees Tom sold once again, this time unable to avoid the plantations.

Tom's trajectory is a cruel one, but Eliza's is more hopeful; she's helped on her way by many good souls from a Senator's wife to a settlement of Quakers. The plot twists and turns and some of the language and perceptions of the time do seem very quaint. Often sentimental and prone to delivering sermons, Beecher-Stowe is nevertheless engaging and tells her story with such affection for her characters that the warmth shines through every page.

From what I've read, Uncle Tom's Cabin still  divides opinion in the United States today - perhaps because it's often a set text there, many Americans resent being made to read it at school (I'm not alone after all!). But putting this aside, unless you have a heart of stone, be warned you're likely to be crying by the end - often out of sorrow and anger, but sometimes from amusement and joy.
Posted by Claire Thinking at 00:01