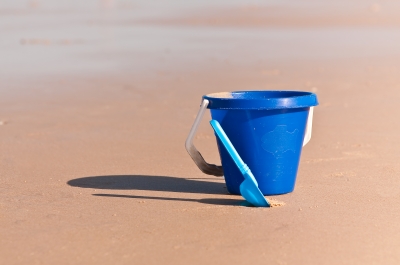 Liz, a good friend of mine from University, told me recently she'd started a bucket list. This alarmed me as we're the same age - surely not old enough to be contemplating all we'd like to achieve before we expire? Always well organised and practical (much more so than me), she pointed out that if you leave it too late you might not be in a position to get round to the things you most want to.

So I started thinking about what would feature on my own bucket list. Apart from the usual adventures travelling around South America and studying for that degree in English Literature I didn't take, I decided I'd like to see performed every play ever written by William Shakespeare - preferably live, but if that's not possible then at least in a film version.

Now, I know I've missed a huge opportunity in not taking advantage of all the works just staged during the World Shakespeare Festival, where even some of those rarely performed got an airing, but I'm not going to let that put me off.

Like many of us, I studied Shakespeare at school but understood little at the time. Hours spent poring over unfathomable text in the classroom left me cold. Since those squandered days, I've gradually begun to realise what all the fuss is about and now I'm a convert. So, I thought over the years I'd seen a good number of Shakespeare's plays - the names are familiar, after all, like old friends your parents talk about all the time but you rarely get to meet. Turns out though, now I stop to consider, I've actually seen a few of his plays lots of times, but most of them (including some of the most frequently performed) not at all. So, here's the breakdown...

It is believed that Shakespeare wrote 38 plays between 1590 and 1612. Out of these until recently I'd seen
Not even a quarter of his canon - a shameful achievement for a supposed lover of literature! However, by applying myself to the task, I have managed to increase my total with some notable additions recently
Still a poor showing, especially having seen only one of the history plays and nothing yet at the Globe (another bullet point on my bucket list...)

Here's what I still have to see
Just as well I like a challenge! Liz has a point though and I need to get a move on. So, I've already done some online searching and booked tickets for
Only another twenty-five to go - recommendations or suggestions would be greatly appreciated!

Do you have a bucket list? Let me know what's on yours...

Posted by Claire Thinking at 14:47