The Secret River - A Tale of Two Halves

I've just finished reading The Secret River by the Australian author Kate Grenville which I bought in my local charity shop, one of my favourite haunts for new reading material. I love the randomness of their selection and the thought the books might have belonged in lives more interesting than my own (I once found a ticket for a Patagonian wildlife reserve in Behind the Scenes at the Museum by Kate Atkinson, although the book did make me sneeze every time I opened it). This way, I might light upon some half-remembered treasure of a book that I'd meant to read many years ago,  but never quite got around to. 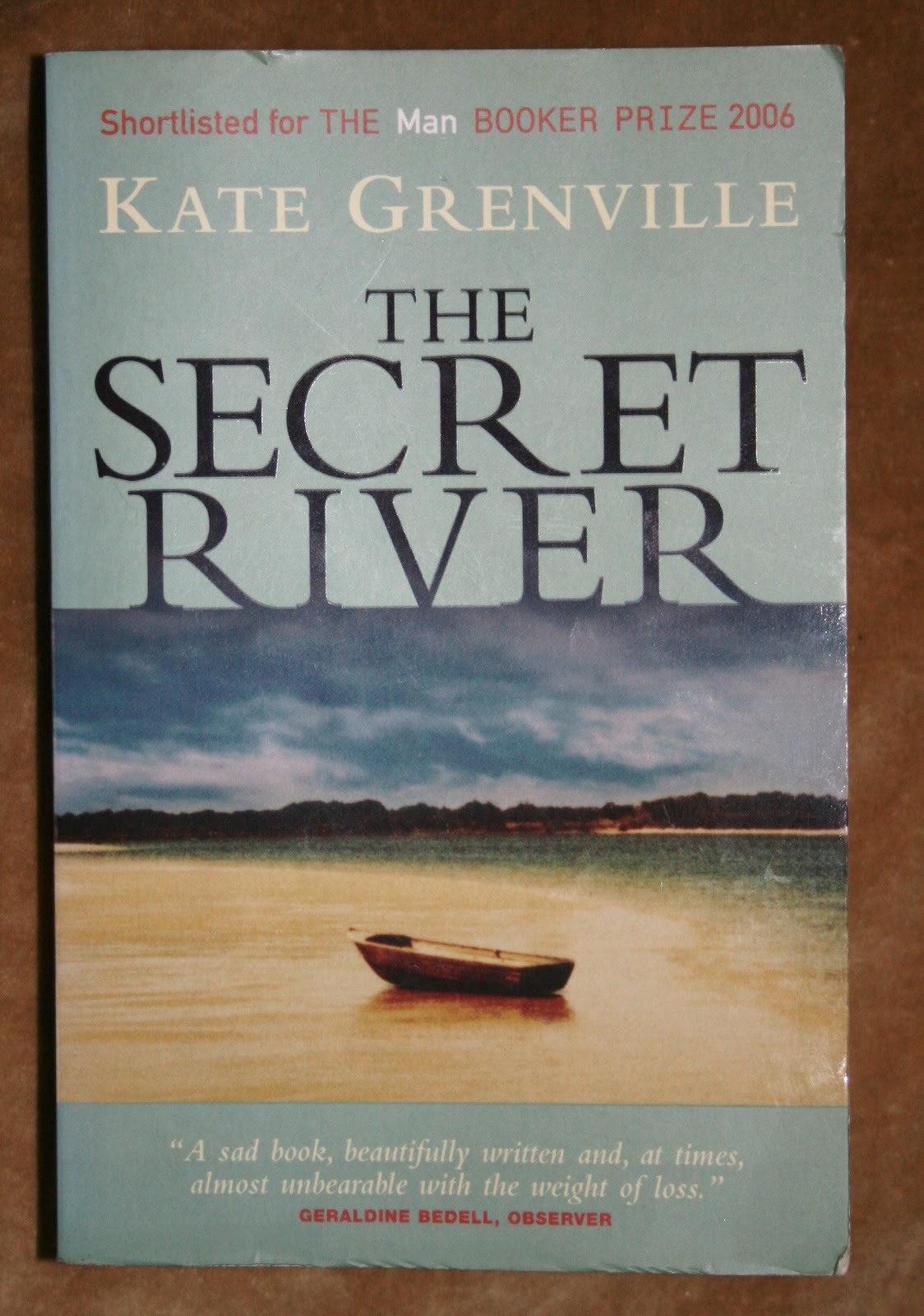 Well, The Secret River is just such a book. Some time ago I read Grenville's Orange Prize-winning The Idea of Perfection and loved the way that, set as it was in a small Australian outback town, very little happened, but the cast of socially inept and often comic characters was described in unsparing yet sympathetic detail.

So, plucking The Secret River from the shelves, I had high hopes. Set once again mainly in in Australia, this is a different type of tale. It's a historic novel, beginning in London in 1806 and telling the story of William Thornhill, a waterman on the River Thames until events conspire to land him in Newgate prison, under sentence of death. He evades execution and is transported instead to Australia, to a new but gruelling life as an assigned convict in the small colonial outpost of Sydney. Here he works his way up in the world until he's able to move his family to a strip of land of their own on the remote shores of the Hawkesbury River.

Unlike The Idea of Perfection, a lot happens in this book, but that's not usually a problem. The difficulty I found is that the story only really comes alive, offering the characters possibilities which you feel involved in, on the family's arrival at Thornhill's Point. All that precedes this seems be told as a back story, as something which has already occurred. A bit of back story is fine, essential to inform the actions of Thornhill and his feisty wife Sal from that moment on, but this one takes up nearly half the book.

As soon as Thornhill begins his battle to settle at Thornhill's Point, this tale really blossoms (like his fledgling corn crop) into a series of gripping encounters with the wilderness and the elements, a motley collection of fellow settlers and the enigmatic Aborigines whose land they are intent on colonising. The characters of Thornhill and Sal in particular come to life; the conflicts that can gradually hold together or drive apart a marriage are often painfully documented, as is the way in which a man might sacrifice his humanity and values to the desire for his own land, never more so than in the cruel yet all-too-believable conclusion of this story.

The Secret River was shortlisted for the 2006 Man Booker Prize (which was won that year by The Inheritance of Loss by Kiran Desai ) and from the second half of the book I can see why. Grenville is a fine writer and if you can stick with it through the (to my mind) curiously flat beginning, this novel turns into a gripping and evocative adventure.

Posted by Claire Thinking at 13:55