Book Review: My Name Is Leon by Kit de Waal

Kit de Waal's debut novel introduces her nine-year-old central character so vividly, he seems to step straight off the page. 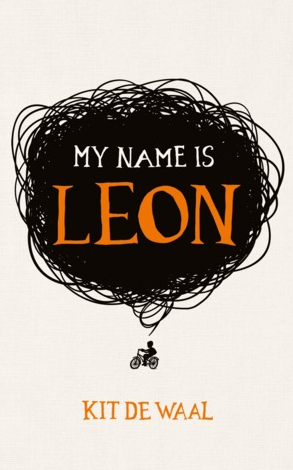 For one so young, Leon already has more than his fair share of troubles; an absent father and a neglectful mother who loves him but can't cope with her responsibilities. Yet, taken into care and passed between social workers, his life still revolves around an overwhelming purpose. He needs to look after his baby brother, because - as Leon informs Maureen, his new foster parent - nobody knows Jake as well as he does:

Leon tells her everything. How if you want Jake to go asleep you have to keep stroking his head or the side of his cheek. How Jake puts everything in his mouth and you have to keep both eyes on him all the time so sometimes you can't even watch the telly. And how sometimes it's too hard.


But Jake is a baby and white, while Leon is neither, so now it seems they may not even be able to stay together. There's a new family who want to adopt Jake, leaving Leon behind.

The story is set in the 1980s and the grown ups, when not whispering about Leon's situation behind closed doors, are busy preparing for the celebrations of Prince Charles' and Lady Di's wedding. But Thatcher's Britain is a place of simmering social tensions and juxtaposed with street parties are the inner city riots that directly touch Leon's life.

De Waal's writing encompasses the sadness of one family's broken circumstances; a feeling of their falling between the cracks that reminds me of Nick Hornby's About A Boy or the Jacqueline Wilson novels I used to read with my daughters. There's grief and anger too, building within Leon to a pent-up rage that has no safety valve.

Yet, despite the aching chasm of love for Jake and his mum, the leaving behind of beloved Action Men and lonely succession of new schools, Leon can still find glimpses of happiness. Fuzzy-haired Maureen provides comfort and Curly Wurlies after the latest prickly visit from a well-meaning social worker. Her no-nonsense sister Sylvia tells him hilariously unsuitable bedtime stories that had me laughing out loud on the train. And he's given a BMX bike that he loves to ride downhill as fast as he can; while dreaming of finding what he's lost, it also helps him to discover new friends and unforeseen opportunities.

Most of all there's his awakening joy in watching the Scarlet Emperor runner beans he's planted popping their heads up through the soil. A sense of renewal and hope that transcends the everyday injustices and struggles just to get by. 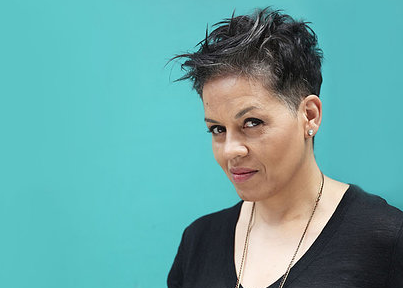 Kit de Waal has years of experience in working for Social Services and My Name is Leon is a compelling and often witty endorsement of the old maxim that you should write what you know. Her characters have a three-dimensional substance rooted in observation and Leon's situation feels sadly all too real.

If occasionally - especially early on - I forgot the book was set in the 1980s and wondered why he wasn't constantly on his mobile phone, this is because Leon is living life with the immediacy of a nine year old, rather than noticing the token details of the decade he's growing up in. In this way, his predicament becomes even more urgently universal. As de Waal said in a Guardian interview in February: 'I know you don't tell those stories casually: it really matters.'

It's rare to find a novel - especially one not written in the first person - so strongly inhabited by its clever and lovable young protagonist. Such is the impact of Leon - brother, son and foster child - that in stepping off the page, he walks right into your heart.


My Name Is Leon will be published in the UK on 2 June 2016 as a Viking hardback. It will also be available as a Penguin eBook and audiobook. Many thanks to the publishers for my review copy | Images courtesy of kitdewaal.com and Penguin Random House.
Posted by Claire Thinking at 20:24

Email ThisBlogThis!Share to TwitterShare to FacebookShare to Pinterest
Labels: Kit de Waal, My Name is Leon