Opera Review: WNO's The Marriage of Figaro at Bristol Hippodrome 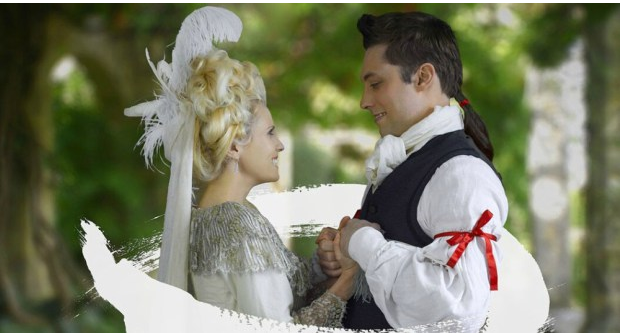 Welsh National Opera brings The Marriage of Figaro to Bristol as part of its spring season, Figaro Forever, featuring one of opera’s best known comic characters. Mozart’s much-loved masterpiece is the second in this trio of works, sandwiched chronologically between Rossini’s The Barber of Seville and Elena Langer’s brand new piece Figaro Gets a Divorce.

It’s a bold move for WNO as all three operas are new productions to be bedded in, performed in February for the first time in Cardiff’s Millennium Centre.

The Marriage of Figaro opens on the wedding day of our eponymous hero and his bride-to-be, Susanna, both now servants in the household of the Count and Countess Almaviva. It’s a typical soap opera style of wedding, where you just know that nothing will go according to plan; full of schemes for false identities and double-crossings that, in becoming unstuck at the last moment, reveal a dragnet of universal human emotions coursing beneath the surface.

Determined that Count Almaviva should not succeed in his seductive intentions towards Susanna, Figaro hatches a plan to dress up an impish young page, Cherubino (Naomi O’Connell in this breeches role), as his future wife. He’s hoping to confirm the depths of the Count’s depravity to the Countess, who is already suspicious of her husband’s wandering attention and longs to regain his love.

In the title role of Figaro, David Stout is vocally assured, with a twinkle in his eye and enough guile to outwit his master, while Anna Devin complements his performance in delivering a Susanna who is mischievous, independent and bold. Her outstanding soprano combines beautifully with the rich tones of Elizabeth Watts as the Countess, particularly in Act II when the pair conspire to hide Cherubino’s potentially scandalous presence in the Countess’ bedroom from her husband (Mark Stone).

The music is sublime throughout, with convincing characterisation and strong vocal performances, both sung and recitative, from the leads. There are sparkling comic moments from Susan Bickley as arch-schemer Marcellina, who has her own plans to marry Figaro, and Richard Wiegold as her sidekick, the no less Machiavellian Doctor Bartolo.

Jeremy Sams’ English translation delivers an accessible and fluently attractive version of The Marriage of Figaro that must surely broaden its appeal for contemporary audiences. The plot twists and turns, sometimes amusingly, sometimes poignantly, as the Countess laments the loss of her husband’s affections. The WNO orchestra plays at the top of its game, thanks in no small part to the taut but expressive conducting of Timothy Burke.

Some aspects, however, don’t work quite as well; the opening attempt to create a play within a play by having cast members on stage in modern dress seems little more than a token gesture that is too easily forgotten. And the production is let down by unimaginative staging; two large flat panels forming a loose V-shape that expands and contracts throughout the performance may provide all the functionality required for a touring opera, but lack majesty and imagination, particularly in the final two Acts after the interval.

Fortunately, Sue Blane’s sumptuous costumes and Linus Fellbom’s lighting design go a long way towards mitigating this shortcoming. Ultimately, Mozart’s glorious music, the outstanding vocal performances and orchestration are enough to make this a thoroughly enjoyable production that must surely be destined to become a staple of WNO’s repertoire.

Posted by Claire Thinking at 15:59