Theatre Review: One Night in Miami... at Bristol Old Vic 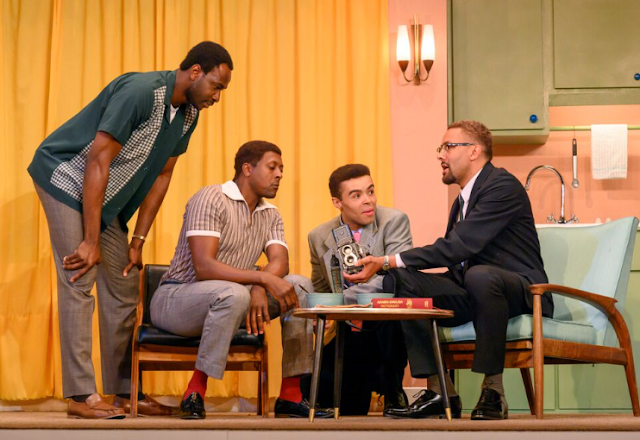 As newly crowned heavyweight champion of the world, the night is alive with possibilities for the youthful Cassius Clay to celebrate. But 25 February 1964 finds him closeted in a downtown Miami hotel room with three of his closest friends: American football star Jim Brown, singer-songwriting legend Sam Cooke and Nation of Islam activist Malcolm X.

This much we know to be true. The rest of this thoughtful, hard-hitting play, written by Kemp Powers and first performed in 2013, speculates about the conversations and events of that pivotal night. It harks back to an era of overt, violently enforced racial segregation and the subsequent 1960s Civil Rights movement that still resonates today, and to which each of the assembled quartet has a different response.

Through the rapid-fire, robust banter of four old friends, improbably sharing tubs of vanilla ice cream, the answer to one circling question becomes increasingly heated: how can each man further the cause of African Americans against their oppression?

Clay has acted with his fists; Conor Glean portrays all his buoyant charm and cockiness in achieving an unexpected victory over Sonny Liston without receiving so much as a scratch to his pretty young face. But underlying this victory are concerns over the momentous personal transformation he is about to make.

Clay is heavily influenced by the separatist rhetoric of Malcolm X, captured as a man of austere, single-minded discipline and drive by Christopher Colquhoun. Only later do his own uncertainties and complexities surface as the shadowy grip of the Nation of Islam, represented by his two Muslim security guards, becomes manifest. In earlier scenes, he is intent on lambasting high-living Sam Cooke for achieving his success on a white audience’s terms, producing the sort of music that is palatable to their ears. 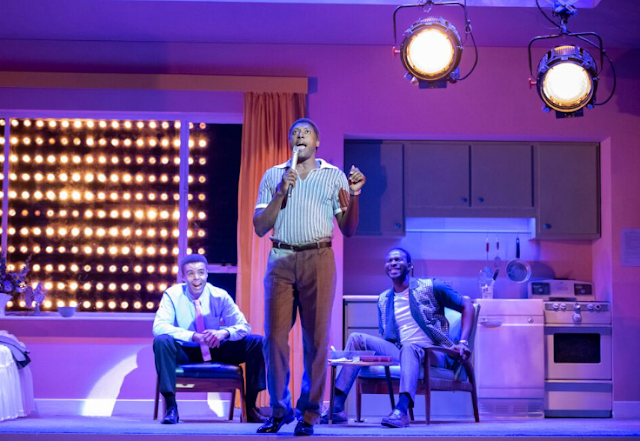 Matt Henry as Cooke is mischievous, freewheeling but with an underlying core of steel. He delivers the play’s highlights with a charismatic performance and dazzling vocals; his rendition of the iconic “A Change is Gonna Come” is spine-tingling. But he fights back like a cat when cornered by Malcolm X - empowered by his own record label and shrewd business deals, he doesn’t just want a piece of the pie: “I want the damn recipe”.

Miles Yekinni’s warm and witty Jim Brown bridges the divide, bringing the friends back together when the rift seems too wide - but he too has concerns: about shades of blackness and phoney liberalism. He’s tentative in taking his first steps in a new direction, preferring the racism he encounters to be overt, so he knows just where he stands. 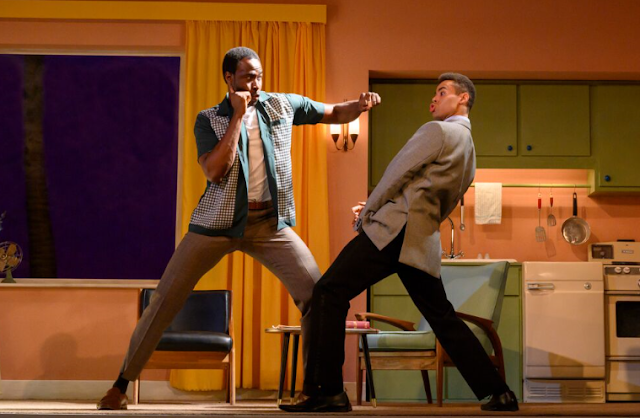 Matthew Xia’s direction brings the issues and tensions of men on the cusp of great change to the fore, but the chemistry between the ensemble is still palpably warm and humorous. There are demands for girls to share the party and happy recollections of past liaisons in purely physical terms; marriage and children being no hindrance when the era’s activism doesn’t yet extend to women’s liberation.

Grace Smart’s open box set recreates the sixties functionality of a motel room deemed suitable for black residents, adjoined by a balcony for the four to be guarded - and watched - by security. Ciarán Cunningham’s lighting design colours the oppressive heat of the night and simply transforms the stage to strikingly reimagine the rounds of Clay’s boxing triumph or the venue of a Cooke concert.

There are all the highs of what we now know will be achieved but the lows of the personal cost and devastating losses along the way. Undoubtedly these fictionalised voices reach from the past to speak to us of a struggle that is still very far from over, in a skilfully constructed night of enlightening gloves-off discussion and courageous revelations.