Theatre Review: Vanya and Sonia and Masha and Spike at the Ustinov Studio, Theatre Royal Bath 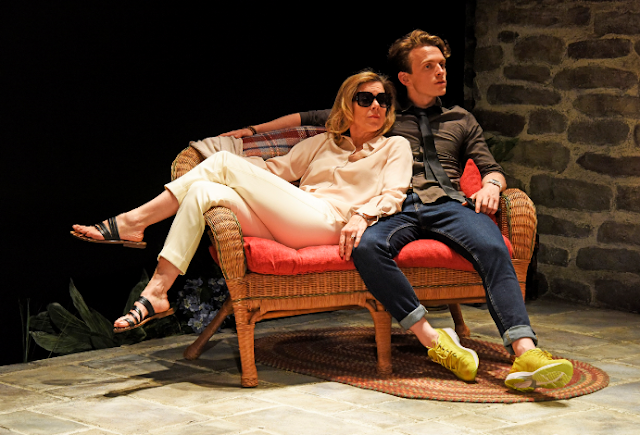 Melancholic, middle-aged Sonia laments to her adopted brother Vanya that she no longer remembers the Italian for ‘window’ or ‘ceiling’ and that she’s forgetting more and more every day. In present-day Bucks County, Pennsylvania, she mirrors a line originally spoken by Irina in Three Sisters, one Chekhovian reference in a work stuffed full of them. It’s a play that resonates with the Russian dramatist’s preoccupations and motifs; in the programme notes, American writer Christopher Durang admits that he ‘takes Chekhov characters and themes and puts them into a blender.’

Yet, you don’t need any prior knowledge of Chekhov’s enigmatic dialogue to enjoy this UK première of a celebrated Broadway comedy that won a Tony Award in 2013. It’s playful, bittersweet and slyly subversive; so, when Vanya replies with the Italian translations of Sonia’s forgotten words, she realises they are unfamiliar—because she never learned the language in the first place.

Set in the jaded wood-beamed family home where Sonia and Vanya for years nursed their now-deceased professorial parents, it opens with the siblings musing on the disappointments and limitations of their lives. This is no weary meandering; they may have the familiarity of long-time cohabitants, but these are sharply observed characters. Though weighted with the opening scene’s burden of exposition, Durang captures the cadences of their relationship, the rivers of unspoken meaning running beneath the words. 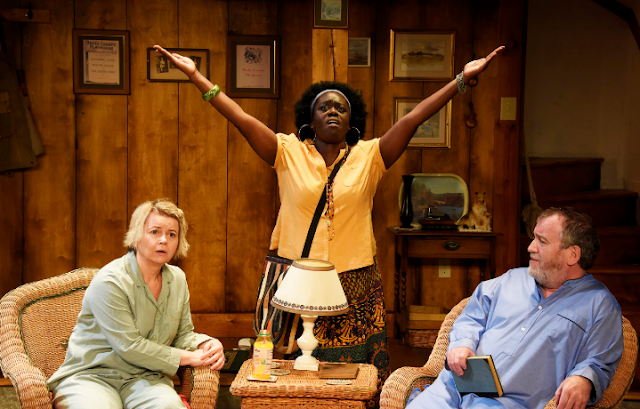 Careworn but fiery Sonia exudes pent-up rage for a life that never happened, while Vanya, though more conciliatory, is determined to stand his ground. Then their psychic housekeeper Cassandra injects a dose of comically overblown Greek tragedy with grim prophecies of forthcoming doom. When their glamorous movie-star sister Masha arrives complete with Spike, her latest toy boy, and their pretty young theatre-infatuated neighbour Nina strolls into their lives, the catalyst for change is in place as an entertainingly eventful weekend begins to unravel.

As Masha announces she has decided to sell the family home, lingering regrets clash with boisterous youthfulness to rip apart the thinly papered cracks of old resentments. Cassandra’s premonitions, it seems, are being fulfilled. 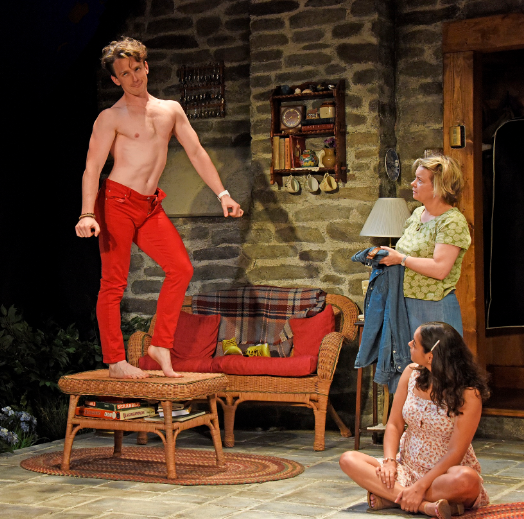 Such is the Ustinov’s reputation for finding and producing dazzling works previously unseen in this country, the play has attracted a garlanded Broadway director in Walter Bobbie and an outstanding cast; West End favourite Janie Dee shines as charismatic, self-obsessed Masha who insists on everyone dressing as acolytes to her Snow White for a costume party, while Rebecca Lacey becomes increasingly animated as Sonia, finding her alter ego in diamante, lace and a hilarious Maggie Smith impersonation. Michelle Asante has fun imbuing the somewhat archetypal character of Cassandra with larger-than-life foreboding and Lewis Reeves’s physical comedy is superb as superficial, clothes-shedding Spike.

Mark Hadfield, only recently slain in the bloodletting of the RSC’s Tamburlaine, excels as Vanya - given the honorary title of ‘Uncle’ by Aysha Kala’s sweetly earnest Nina. He echoes his Chekhovian namesake in a heartfelt tirade, railing against the loss of shared memories in a world of constant change.

Yet, shared memories still link the three siblings and, unlike Chekhov, Durang steps back from the edge and allows green shoots of hope and reconciliation to emerge through the weekend’s fast paced, verging-on-farcical turbulence. Vanya and Sonia and Masha and Spike marks the beginning of Theatre Royal Bath’s 2019 summer season, and (unlike the weather) it’s off to a shimmering start.