Theatre Review: Into The West at Tobacco Factory Theatre, Bristol 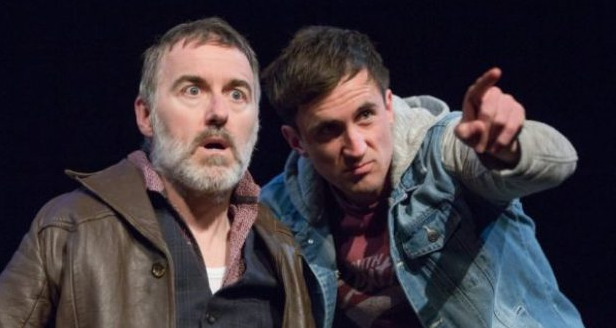 Bristol-based theatre company Travelling Light is celebrating the 20th anniversary of Into the West, the show that first established its reputation, by reviving it for a new generation of young people. And such is the timelessness of this play’s vivid, lyrical storytelling that it seems as relevant and captivating today as it must have been in those earlier performances.

In the tower blocks of Dublin, traveller children Ally and Finn live a shuttered existence with their widowed father and the void where their mother should be. Into the West tells the story of an extraordinary white horse that gallops into their lives; unexpectedly brought to them by their Grandpa, who still travels in the traditional way.

Ally and Finn name the horse Tir na n’Og after a mythical land under the sea and decide it’s a good idea to keep her in their flat. Not surprisingly, the authorities think otherwise – and so the children find themselves embarking on a series of adventures across Ireland to escape the police and all those who would tame this magical horse for their own gain.

It’s a layered and delicately woven story, adapted from Jim Sheridan’s screenplay for the 1992 film of the same name, performed with skilful clarity by just three actors – each taking their turn to embody Tir na n’Og – and musical accompaniment from Thomas Johnson.

Nina Logue and Adam J Carpenter bicker and jostle convincingly as Ally and Finn against a backdrop of inner city debris – admirably, this is still the original touring set designed by Pete Milner – but ultimately they stick together like good siblings do. Craig Edwards, meanwhile, gives a virtuoso performance of a colourful panoply of characters; his Pa and Grandpa may be central to the story, but his over-eager police dog, super-cool helicopter pilot and thornily disgruntled blackberry bush are hilariously caricatured and warmly appreciated cameos.

Into the West is low tech, folksy and endearing; its combination of spell-binding storytelling and energetic, spin-on- a-sixpence characterisation is a real antidote to our turbulent times. Under Greg Banks’ direction, for every cry of longing and despair, there’s a corresponding moment of laughter and freewheeling flight. It may not be as groundbreaking today as it was when first performed, but this show provides a funny, poignant and reassuring 70-minute ride of magical discovery, whatever your age may be.