Q and A: Liz Nugent on Lying in Wait

I really enjoyed Liz Nugent's page-turning debut Unravelling Oliver, reviewed on my blog here.
As mentioned in my review, once you start reading, it's exceptionally hard to put down.

Well, now Liz has just published her second novel Lying in Wait. It has much in common with Unravelling Oliver - the multiple viewpoints, the why rather than who dunnit - but is equally compelling and no less enjoyable for that.

Today I'm delighted to welcome Liz to my blog to answer questions about Lying in Wait. 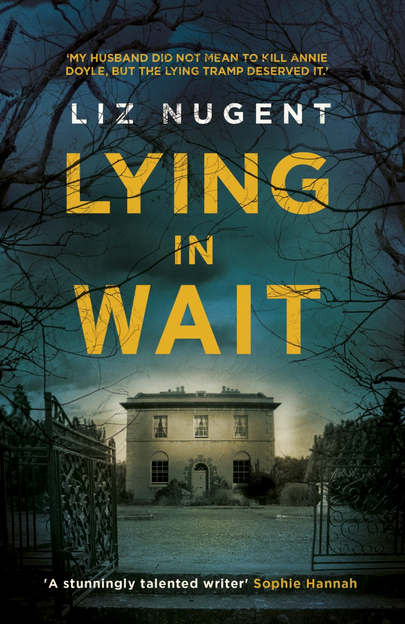 1) Lying In Wait, like your first novel Unravelling Oliver, has an incredible opening line. Why did you decide to open your two novels in such a distinctive way? And what effect did you want the opening lines to have on your reader?

I think that in both cases, I wanted to immerse the reader in the world of the character immediately. With Unravelling Oliver, ‘I expected more of a reaction the first time I hit her’ sets you up for a thoroughly dislikeable character, dismissive of his victim from the very first line. Similarly, in Lying in Wait, when Lydia opens with ‘My husband did not mean to kill Annie Doyle but the lying tramp deserved it’ she tells you that although she does not consider herself responsible, she feels the victim earned her own murder.

My hope is that the reader will be intrigued enough by these opening lines to want to know more about these despicable characters and their victims.

2) Lydia has a very distinctive voice yet Lying In Wait is told from the perspective of three different characters. How did you get into the head of Lydia, who is such a dark and unlikeable character? And how did you manage to keep her voice separate from the other two characters, Laurence and Karen?

Writing Lydia was really interesting. Without giving anything away, an incident that happened on her ninth birthday has left her emotionally stunted, so even when she is near 50 years old, she still speaks like someone in 1940. Her language is formal, but she is an expert manipulator who must always find justifications for her actions.

Laurence, her only son, has quite a sophisticated vocabulary for a young man, but that is because he had no siblings and therefore grew up mollycoddled in the company of two middle-class educated adults. He does, however, have his teenage influences from TV shows and pop music so his language is more relaxed than that of his mother. He is not clinging to the past in the way that she is.

Karen comes from a working class background. Her father and sister both have dyslexia and can barely read. A lot of the time she speaks in a way that is grammatically incorrect, but she is smart and has no problem making herself understood. She speaks the vernacular that she grew up with. Her vocabulary is more limited than the other two narrators, but she is emotionally more advanced than either of them.

3) Lying In Wait is set in Dublin during the 1980s. Why did you choose to set it during this time period? And do you think the time they are living in impacts the characters and their decisions in any way?

Without giving away too much, in present day Ireland, nobody would bat an eyelid at a 16-year-old girl having a baby, but I needed to write about a time where that would have consequences. For Annie Doyle, those consequences were devastating and really dictated the course of her life thereafter. 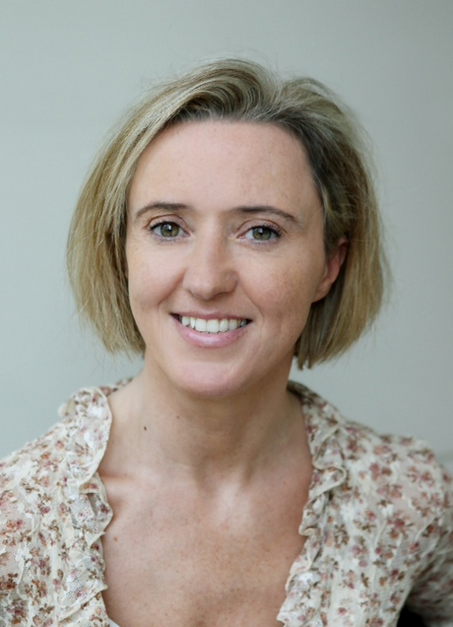 Also, I grew up in the 1980s in Ireland and it was quite a scary time for a child. There was constant talk of nuclear war between Russia and the US, the IRA was bombing innocent children in the UK, Ronald Reagan and the Pope survived assassination attempts and John Lennon was shot dead on a New York street. It was a time of great unease and uncertainty and there was an underlying feeling that the world could end at any time. In writing Lying in Wait, I wanted to capture that sense of unease without referencing all those events. I hope I managed to do that.

4) You’ve described your book as ‘a mother’s love can be smothering’. Why did you choose to write about such a sinister mother?

I don’t think there are enough sinister mothers in fiction! There are lots and lots of horrific fathers but I really couldn’t think of too many mothers that were murderous like Lydia is. Also, I like to confound expectations. With the opening line above, you don’t really expect that Lydia might be the driving force behind the murder, but she is, and worse!

5) Lying In Wait has been compared to Gillian Flynn’s Gone Girl. In what ways do you think your novel is similar to Gone Girl, and in what ways is it different?

I hope that Lying in Wait is as compelling as Gone Girl and that readers will see both books as page-turners where you want to get to the next chapter quickly. I guess where we differ is that I use lots of twists and turns along the way rather than one big one in the middle. I admire Gillian Flynn enormously and am flattered that anyone would compare me to her!

6) What can we expect from you next?

Fingers crossed book 3 next September 2017, but I have had very little time to work on it over the past month or two so that may not be realistic!

Thanks very much Liz!

Thank you Claire for the great questions and for taking part in the blog tour! x


Lying in Wait is published in the UK by Penguin Books. Many thanks to them for my review copy and for facilitating this Q and A.
Posted by Claire Thinking at 08:04