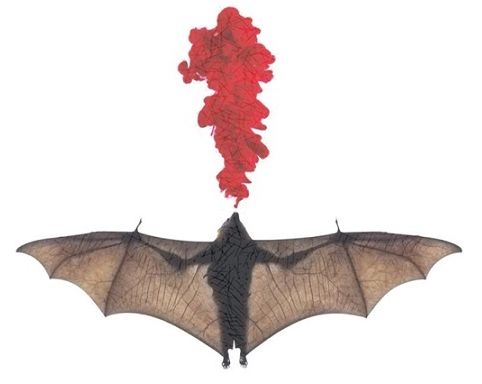 The mere mention of Dracula is enough to evoke a thrill of anticipation, so enduring is our fascination with Bram Stoker’s 19th Century vampire tale of supernatural seduction and death. And Arnos Vale cemetery in the windswept November darkness makes the perfect backdrop for Red Rope Theatre’s new production, as the audience sets out into the night, passing Victorian graves and mausoleums, to reach the Gothic grandeur of the chapel.

This new adaptation by Scottish poet and playwright Liz Lochhead, directed by established Bristol theatre-maker Matt Grinter, is largely faithful to Stoker’s narrative. Cleverly weaving in dialogue, letters and newspaper articles found in the epistolary original, it explores Victorian preoccupations of science versus superstition, madness versus reason and the threat of early feminism to a patriarchal society.

A simple table and chairs at the centre of an intimate traverse stage become the setting for high melodrama as solicitor Jonathon Harker travels to Transylvania for what he believes to be a routine business trip. But, in his encounter with a sinister nobleman wishing to purchase an English estate, he endures a chilling night at the mercy of Dracula and his vampire brides, barely escaping with his life. The motifs unfamiliar to early readers of the novel – mirrors, garlic, crucifixes, blood – are all here; immediately recognisable to a contemporary audience, but none the less thrilling for that.

The story is clearly conveyed by an able cast; Elliot Chapman seethes with insane, tortured energy as Dracula’s reluctant follower Renfield, while Simon Riordan and Rebecca Robson delicately portray the loving but riven relationship between Harker and his new wife, Mina. There are some gripping set pieces; the journey of Dracula by boat to England in search of fresh blood is entrancingly played out over a tablecloth sea, while Jared Morgan’s darkly menacing Dracula meets his demise in the final outdoor scene with the help of Peter Clifford’s illusionist expertise.

There are fine moments of physical theatre, too, particularly as the vampire brides threaten to overwhelm Harker. Eerie sound design by Thomas and Thomas heightens the suspense at key moments, although it does feel as though even more could be made of the chapel’s atmospheric setting in terms of surprising and unsettling the audience.

Coming in at over three hours including interval, this piece is long. There is such spine-tingling imagery and detail in the novel, it seems that Lochhead has been reluctant to leave too much of it out. While understandable, the denseness of the exposition does slow the pace and occasionally is in danger of draining this horror story of its true vitality.

Nevertheless, in this ambitious production, Red Rope Theatre succeeds in taking a fresh, site-specific look at a much-reworked classic while remaining faithful to its original, disturbing vision and bringing clarity to themes that still resonate with us more than a century later.