I have to confess to never having read Dr Zhivago before - nor even seen the film.

Most people I mention this to are incredulous - at least as far as the film is concerned. Never swooned over Omar Sharif? Longed to be Julie Christie? Been swept away by the rousing music and panoramic landscapes? Even my husband of 23 years is now looking at me in a new - and rather quizzical - light. 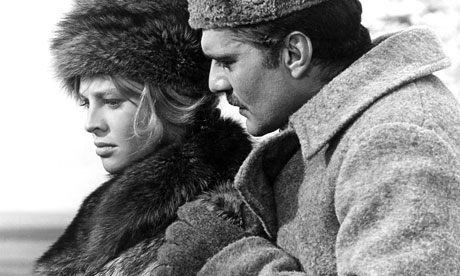 But I don't want to see the film until I've read the book, you see.

So when we picked it as our next book club choice, I was relieved to finally have an unassailable reason to get to grips with Boris Pasternak's 1957 classic of Russian literature. A quick consultation on Twitter - the kind of instant discussion that it's made for - decided the best choice of translation, with the original Hayward/Harari version winning out over the more recent Pevear/Volokhonsky, which Pasternak's niece took such a dislike to. 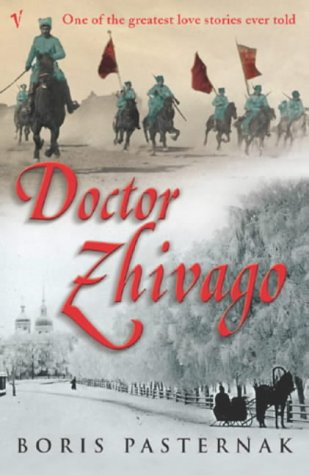 Dr Zhivago begins in Imperial Russia in 1903, with the funeral of Yury Zhivago's mother. The boy's father has long been absent, so Yury is first taken in by his uncle Kolya, before settling down with the Gromekos in Moscow. He becomes close to Tonya, the daughter of the family, soon to be his wife. Then, against a background of widespread civil unrest and hardship, he first sets eyes on Lara.

Her desperate mother is being treated in a Moscow hotel and Lara is asleep in an armchair, until disturbed by the family lawyer Komarovsky:


Not a word passed their lips, only their eyes met. But the understanding between them had a terrifying quality of black magic, as if he were the master of a puppet show and she were a puppet obedient to his every gesture.

A tired smile puckered her eyes and loosened her lips, but in answer to his amused glance, she gave him a sly wink of complicity. Both of them were pleased that it had all ended so well - their secret was safe and Madame Guishar's attempted suicide had failed.

Yura devoured them with his eyes. From the half darkness of the lobby where no one saw him he stared unblinking into the circle of lamplight. The scene between the captive girl and her master was both incommunicably mysterious and shamelessly frank. New and conflicting feelings crowded painfully in Yura's heart.

Lara goes to great lengths to escape Komarovsky's malevolent hold over her - marrying Pasha Antipov, her childhood friend, and moving far from Moscow. But her path is destined to cross Yury's again. After the outbreak of the First World War, she trains to be a nurse and is stationed in the town where he is now a qualified doctor in the ranks of the army. At the height of the revolution, they part only for fate to bring them together once again, forcing Yury to face up to the conflict of his love for both Lara and his wife and family.

The narrative ranges over thousands of miles - usually by epic train journey. Yet there are connections within connections within connections. Lara can never fully free herself from Komarovsky, who was also complicit in the death of Yury's father. Yury has more than one encounter with Lara's husband in his various incarnations. The book contains a huge and widely dispersed cast of characters - from Tiverzin the trade unionist in Moscow to Liberius, leader of the Forest Brotherhood - but they are often related to each other and make such breezily coincidental reappearances, that at times they seem more like the inhabitants of a small town, than the vast, empty swathes of revolutionary Russia.

And yet, this is the point; Pasternak places his characters where he can use them best to capture momentous events. So Yury tells Lara that


the whole of Russia has had its roof torn off, and you and I and everyone else are out in the open!

Back in Moscow, he witnesses the coming of this revolutionary new order for himself when, in the midst of a snowstorm, he buys a paper from a newsboy:


Yury stopped under a street light to read the headlines. The paper was a late extra printed, on one side only; it gave the official announcement from Petersburg that a Soviet of People's Commissars had been formed and that Soviet power and the Dictatorship of the Proletariat were established in Russia...

The blizzard slashed at Yury's eyes and covered the printed page with a grey, rustling, snowy gruel but it was not the snowstorm that prevented Yury from reading. He was shaken and overwhelmed by the greatness of the moment and the thought of its significance for centuries to come.

That is not to say the novel isn't rich in characterisation. Yury is described as not especially good-looking, but with a lively intelligence about him. He's a poet as well as a doctor, thinker and philosopher who's never willing to accept an opinion for the sake of expedience. When he and his family come under suspicion for belonging to the old ruling classes, they escape to Tonya's former family estate in the Ural mountains and there he pours his thoughts into an exquisite diary which breaks off all too abruptly.

Lara is beautiful but enigmatic. Her relationship with Komarovsky is never fully explained, but is easy to speculate about. And he certainly has a hand in her fate throughout the novel, influencing her from first to last. But it is her love for Yury that changes her world as much as his:


They loved each other greatly. Most people experience love, without noticing that there is anything remarkable about it.

To them - and this made them unusual - the moments when passion visited their doomed human existence like a breath of timelessness were moments of revelation, of ever greater understanding of life and of themselves.

Such exquisite language, such glimpses into the human soul, reward all the grappling with names, patronymics and diminutives that the book demands. Many names have resonances which can’t be translated; the word 'zhiv' (alive, living) is clear in Zhivago, while Komarovsky contains the Russian for mosquito. 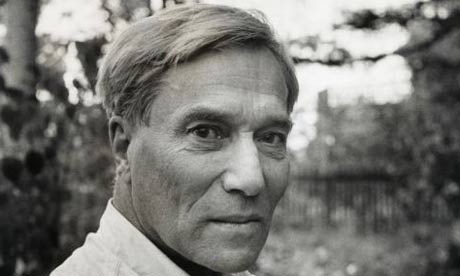 Having smuggled the novel out of the Soviet Union and published it in Italy, Pasternak was awarded the Nobel Prize for Literature in 1958, but was forced to decline it by the Communist state which objected to his interpretation of their rise to power. And yet, Dr Zhivago is not only a love story on a personal level, but also a tribute to Mother Russia with all her flaws.

In this way, I'm told, it's different from the film which concentrates much more on the love triangle between Yuri, Tonya and Lara. Now that I've read the book, I can finally watch it myself and find out.


Dr Zhivago (translated by Max Hayward and Manya Harari) is published in the UK by Vintage Classics. Photos courtesy of Amazon and the Guardian.

Posted by Claire Thinking at 20:03