The Independent Bath Literature Festival is always a shining beacon in the winter gloom round these south-westerly parts and this year it runs from Friday 28th February to Sunday 9th March. There's a new artistic director in the shape of writer and comedian Viv Groskop, and her inaugural theme is Bliss The feeling you get as a child when you're presented with an unexpectedly large stick of candyfloss. Or as an adult when you realise they haven't called last orders just yet. Or when you're reading a great book and you realise the author is expressing something you've always known but never quite put into words.

I've never been a fan of candyfloss and all too often have to drive home from the pub, but that rare frisson of connection, when an author crystallises something you've always known into words, now that I can recognise as Bliss. It's that spontaneous bridge between the world of reader and writer and one of the most fundamentally rewarding reasons for picking up a book.

Viv is already bringing a real difference in the lead up to this year's festival with her active use of social media. She's promoting events on Twitter and Facebook and has established a book group on Goodreads to discuss this year's Big Bath Read, The Sea Change by Joanna Rossiter.

This is a story of the parallel lives of an estranged mother and daughter caught up in very different circumstances and the truths they must both face up to. I've started reading it for the Big Bath Read on 6th March and have quickly become intrigued by the reasons for their estrangement and whether they'll be resolved.

In keeping with the headline theme of Bliss, there's a series of lectures from writers and thinkers on their passions, from Rowan Williams talking about Tolstoy to Patrick Barkham on badgers (a controversial subject round here). I like the sound of Val McDermid discussing Jane Austen, following her reworking of Northanger Abbey into a 'suspense-filled teen thriller'. Val and Jane must combine to make quite a formidable duo.

This year, as you might expect, there's a greater emphasis on comedy. Being averse to those aggressive, ranty comedians with misogynistic tendencies who still seem to dominate TV panel shows, I tend not to watch a lot of stand up. But hang on, there's a whole host of the more cuddly variety coming to Bath - from Jennifer Saunders and Viv herself to Count Arthur Strong and Gyles Brandreth. I particularly liked the look of Austentatious or the Great Big Comedy Night, but so did everyone else as they've already sold out. James Mullinger and his Bad Boy of Feminism slot caught my attention, but I'm a little scared he might be ranty, so I'm picking instead Bristolian Mark Watson who, wearing his author's hat, will be discussing his latest book The Knot on Friday 7th March. 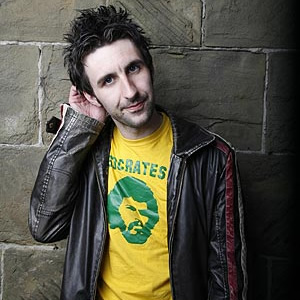 There's a Thought Leaders strand out of which I have to pick Tim Harford , as a devotee of his Radio 4 statistics-busting show More or Less. I'm also intrigued by 'Tiger Mother' Amy Chua, but afraid of feeling like a totally inadequate parent (rather than my usual state of only partial inadequacy). Then there's news and current affairs - the Great Bath News Debate is in the Forum on Saturday 1 March and in Chinese Whispers with Ben Chu on the following Sunday you might find out why everything you heard about China is wrong.

My husband wants to see the Incredible Spice Men, I love Turner and also, having read Lawrence Durrell's Alexandria Quartet , am fascinated to learn about this ancient city and its culture. The more you delve into the brochure, the more there is to catch the eye; there are workshops, family activities, spoken word and free events too. As a Bath Festivals volunteer, I'm eagerly awaiting news of the stewards' rota and - most importantly - whether our sashes will be red or green or even replaced by a lanyard this year.

I'd love to hear what your top picks are too. And I have one final suggestion - how about an event featuring book bloggers and their influence? I could make myself free in 2015. Just a thought...


The 2014 Independent Bath Literature Festival runs from Friday 28th February to Sunday 9th March and tickets are available from the website or by calling Bath Box Office on 01225 463362.

Posted by Claire Thinking at 14:57