What Was Lost by Catherine O'Flynn

It was the table laid out with books in the English department at my daughter's Sixth Form evening that did for me. Questions about the 'A' level literature syllabus were thrust to one side as, like a locust before the grain, I feasted on the riches. There were set texts like Great Expectations and The Kite Runner and other novels suggested as broader reading for Years 12 and 13. Good luck with the Murakami, I muttered, grimacing at the monochrome cover of Norwegian Wood.

One of the teachers shot me a glance and agreed she'd struggled with him, but mentioned her colleague loved his books. 'A Marmite writer. But have you read this?' She picked up What Was Lost by Catherine O'Flynn. 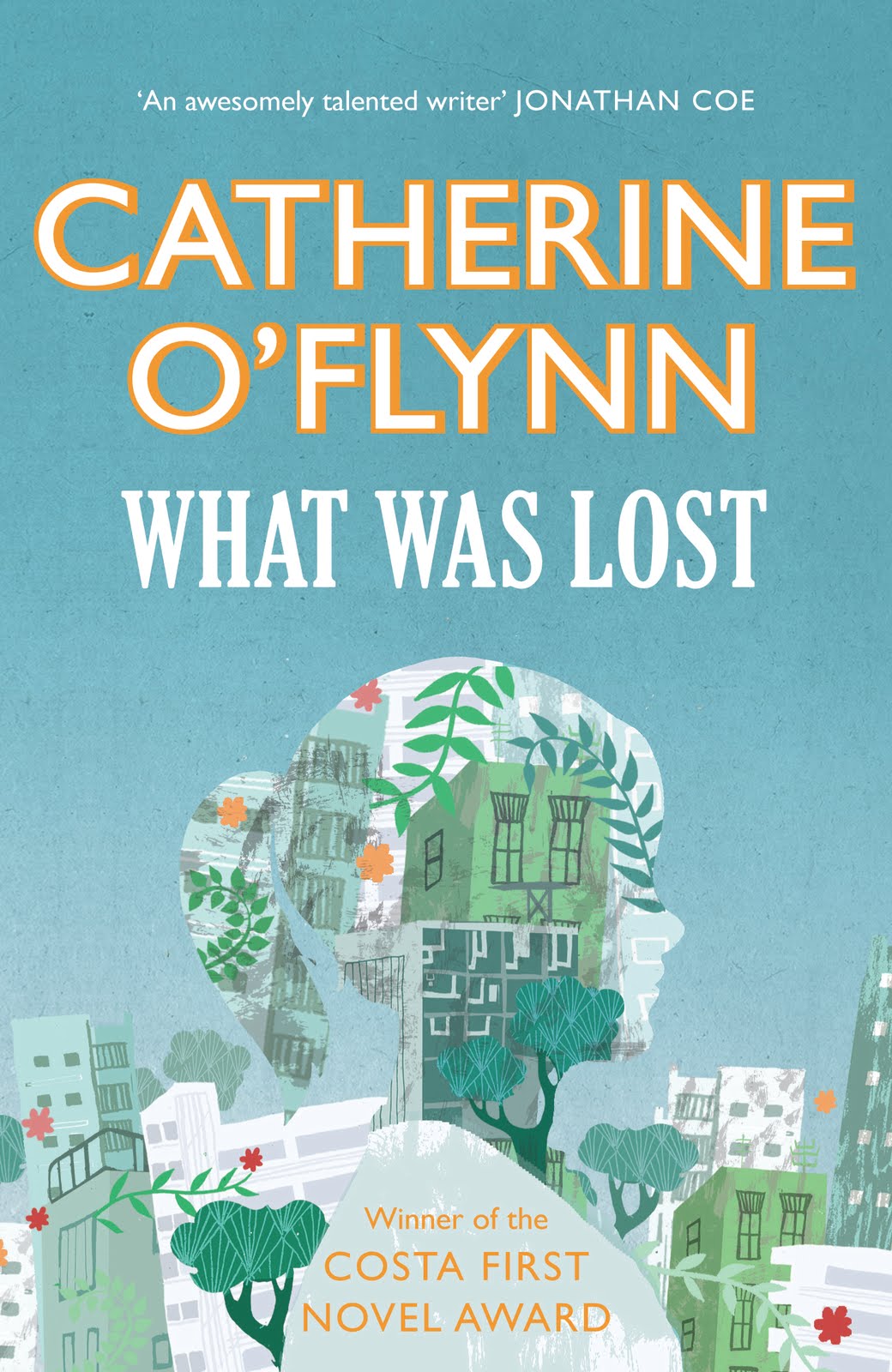 A few days later, browsing in a charity shop, I spotted What Was Lost on the shelves. Surely the Fates have nothing more important to do than intervene in my reading choices? I took this as a sign and snapped it up.

What Was Lost is Catherine O'Flynn's debut book, published in 2007 and winner of the Costa First Novel award. It begins in 1984 with ten-year-old Kate Meaney absorbed in the world of her imagination, as a child detective with her own agency.

From the first, Kate springs off the page as we're drawn into her stake-out of the Midlands shopping centre Green Oaks; to the casual visitor it may seem that all's calm, but Kate knows differently. As she follows a strict schedule of surveillance accompanied by Mickey, her toy monkey, we learn more about the losses she's already endured and her troubles at home and school. Despite her solitary existence, Kate is bright, quirky and always industrious, also observing the shopkeepers in her immediate vicinity, including the increasingly desperate butcher:


...the fewer customers Mr Watkin had, the less meat he stocked...The previous week Kate had passed the window to see it contained only a single rabbit (and Kate was sure the only person alive who still ate rabbit was in fact Mr Watkin himself), some kidneys, a chicken, a side of pork and a string of sausages. This in itself was nothing too remarkable for Mr Watkin but what caused Kate to stop and stare was an apparent new marketing initiative by the butcher. Evidently he had become a little embarrassed by the minimalist nature of his window displays and so perhaps in order to make them seem less odd (and this is where Kate felt he'd really miscalculated) he had arranged the items in a jaunty tableau. Thus it appeared that the chicken was taking the rabbit for a walk by its lead of sausages, over a hillock of pork under a dark red kidney sun.

Just when it seems Kate might be on to something with her detective work, O'Flynn transports us to 2003 and a new chorus of voices associated with Green Oaks. This cast of isolated characters includes Lisa, who has a dead-end job at Your Music and a dead-end relationship and Kurt, the centre's introspective security guard. They exist in a sort of half-life, where the sense of something missing is augmented by disconnected notes at the end of the 'Voices in the Static' chapters; from an anonymous male with a video obsession and an increasingly unhinged mystery shopper. Skilfully, O'Flynn weaves all their stories together, to resolve the central question of what has happened to Kate.

This is a novel which gets hold of your heart strings early on and never lets them go. Kate's voice is completely engaging and her childhood so identifiable, that I was initially disappointed when the story switched to a new set of adult characters. But I quickly found myself absorbed all over again, by the world of modern day security guards and shop workers; these, surely, are the people Dickens might be writing about if he were around today.

Beautifully observed absence and regret is threaded through What Was Lost; it's haunted and haunting but also funny, fresh and emphatically relevant to contemporary society. There are echoes of Ali Smith's writing here and O'Flynn is a talent to be reckoned with. I need to warn my daughter's Sixth Form English department; I'll be back for more recommendations.

What was Lost is published by Tindal Street Press. Pictures courtesy of  The Guardian.