Guest Blog:The Curious Incident of the Dog in the Night-Time (Take Two)

I've been considering inviting a guest on my blog for a while and when Livvy came back from London having seen 'The Curious Incident of the Dog in the Night-Time' for the second time this year, I wanted to know why she found it so compelling. She is my daughter, by the way, and a drama student, you can find her on twitter @livvy_leigh. So here (drum roll) are her thoughts...

The Curious Incident of the Dog in the Night-Time – Theatre in its Prime
Having won seven Olivier Awards, reams of four and five-star reviews and countless other accolades, Simon Stephens’ and Marianne Elliott’s staggering stage translation of Mark Haddon’s 2003 novel ‘The Curious Incident of the Dog in the Night-Time’ at the Apollo certainly lives up to and beyond the hype. In what is a very true adaptation of Haddon’s novel, the audience are introduced to the complex, comic and at times very difficult world of Christopher Boone (Luke Treadaway/Johnny Gibbon), a 15-year old boy with ‘behavioural problems’ consistent with Asperger’s syndrome. Detached from the ‘confusing’ people around him, Christopher enjoys maths, outer space and being on his own. His world revolves around logic and reasoning, and he is unable to understand jokes or metaphors. In what is a hugely enjoyable production in terms of both its creative staging and first-rate acting, the protagonist attempts to uncover the mystery of the murder of his neighbour’s dog, inadvertently embarking on a journey which in turn reveals a number of truths a lot closer to home.

The joy of this play is that we gain an insight into Christopher’s very private world; his eccentricities and the workings of his astonishing mind. Stephens overcomes the difficulties presented by the fact that the story is told entirely by Christopher using the character of Siobhan (Niamh Cusack), his teacher, as the main narrator of a book he is writing for a school project. This divorce of story-telling from the action is instrumental in creating moments of both comedy and immense tension – particularly when Christopher discovers a box of hidden letters in his father’s bedroom. This device allows Treadaway to inhabit the protagonist with an incredible and perfect intensity, as well as creating fantastically comic moments delivered by peripheral characters. 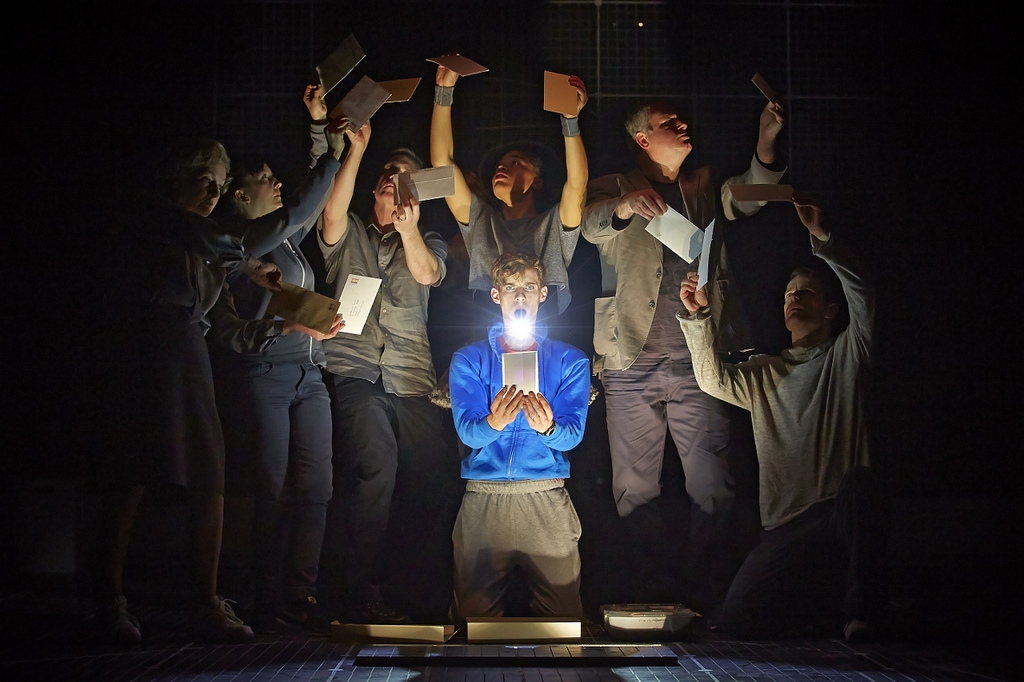 The physicality of the entire performance is awe-inspiring. Choreographed by Frantic Assembly, the ensemble performs incredibly fast-paced and demanding routines, most memorably when Christopher has to tackle a bustling Paddington and the tube. Here he is spun, held vertically as he walks across the sidewall and flipped several times by busy and expressionless London commuters. The movement devised is a perfect visual allegory for the intrusive and overwhelming sensory environment Christopher finds himself in, not only as someone on the autistic spectrum but as a young boy in an alien location too. Back home in Swindon, the most physical contact Christopher can tolerate is meeting his palm with his father’s, so the contrast in physicality between these two locations really does reinforce the assault on his senses that he suffers in London. Life is horribly messy, Christopher discovers, and the portrayal of the capital city exemplifies this. 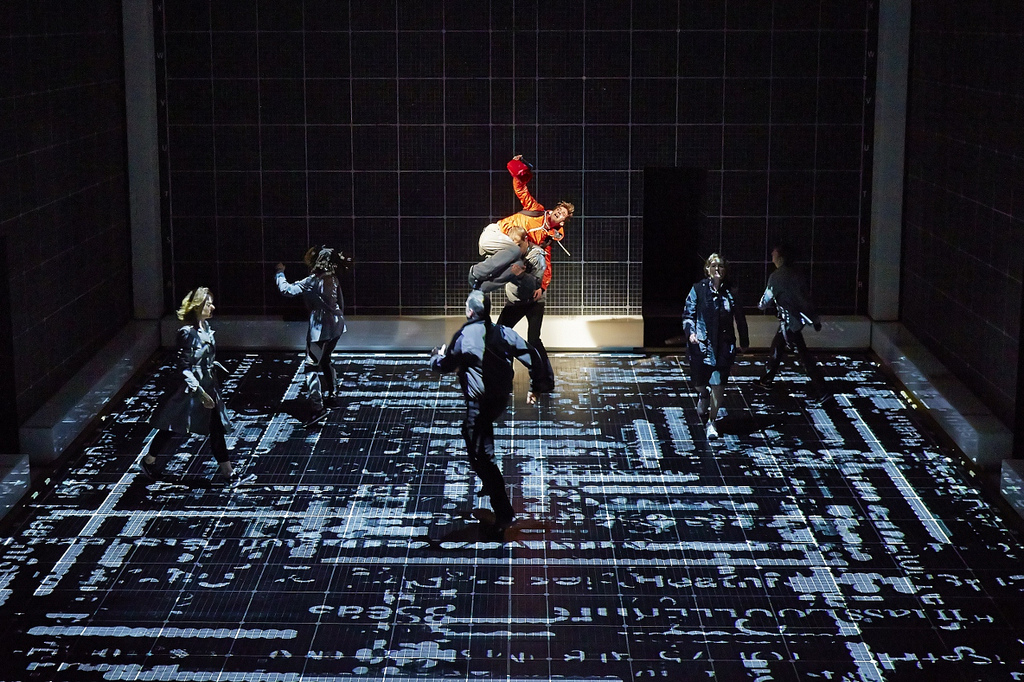 Then there’s the set. Organised like a magnificent grid complete with co-ordinates, Bunny Christie’s design is a delightful manifestation of Christopher’s ordered and mathematical world. Props emerge from the floor and several cupboards are disguised in the walls of the set, contributing to a very exciting and intense routine in which Christopher builds a mammoth train-track near the end of the first act. Settings are created through the simple use of lighting and wooden boxes (as well as members of the ensemble!), and projections appear on the walls which make the performance very immersive. At one point the dimensions of the set even change - the stage’s back wall surging forwards - and this really effectively displays how unstable the world is for Christopher.

There’s no weak link in any of the cast’s performances – each role is acted with a faultless and entirely believable intensity. Sean Gleeson and Holly Aird’s performances as struggling parents Ed and Judy are fantastic and very true – they are not saint-like; they are flawed and at points just as confused about everything as Christopher. Judy’s desperation really is heart-wrenching, although her monologues are extremely lengthy. Tilly Tremayne’s comic timing as the elderly and benevolent Mrs Alexander is spot-on, especially when she informs Christopher of his mother’s affair with Mr Shears. And then there’s Luke Treadaway. It’s rare to come away from a play unable to imagine what an actor is like outside of the role they are in, but Treadaway is so entirely convincing from his unique intonation of speech and repetition of prime numbers to his constant fiddling of his hoodie-strings that he really does achieve this. He times comic moments perfectly, especially when Christopher inadvertently mimics those around him. His manic assembling of the train-tracks and the ‘episode’ which follows are remarkably powerful and breathtaking to watch. You don’t need me to tell you this, but his performance is one entirely deserving of its Olivier award. 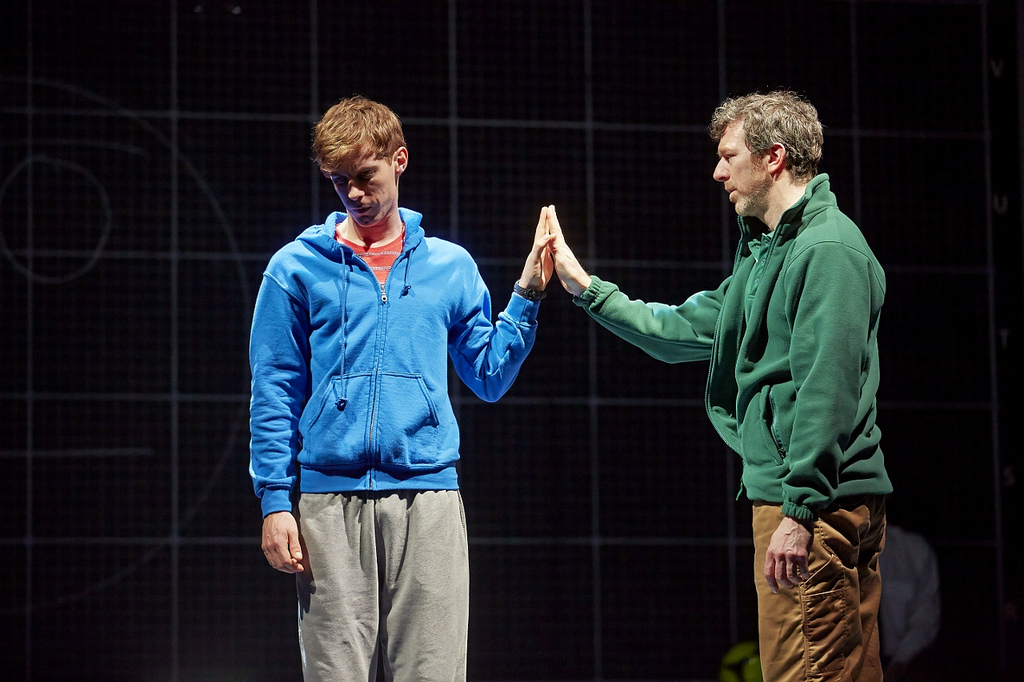 Not to be overlooked is Johnny Gibbon’s outstanding performance as the alternate lead. He too is utterly convincing as the 15 year-old Christopher and tackles the role, which is hugely physically and emotionally demanding, like a seasoned professional despite it being his west-end debut and is thoroughly deserving of high acclaim for his performance. 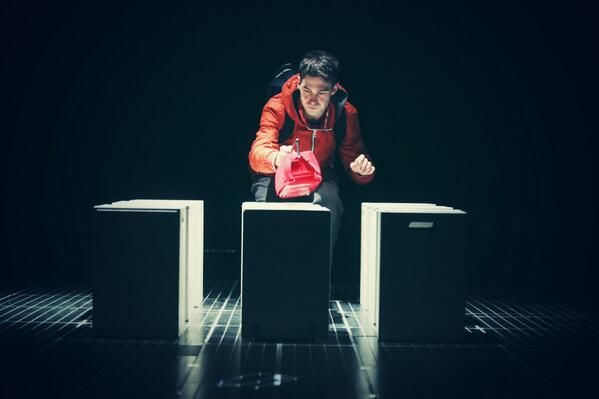 This adaptation of Haddon’s break-through book is a triumph and one which should appeal to everyone – because really this play isn’t just about a boy on the autistic spectrum. Stephens’ writing and Elliott’s direction emphasise that it’s about anyone who has experienced difference and difficulty; our individual eccentricities and how we overcome the problems that life, confusing at the best of times, presents us with.

PS. Listen to Siobhan and stay after the curtain-call!

The original Olivier award-winning west-end cast have less than a week of performances left.  150 £12 tickets are available on the day from 10 am at the box office and with a full house almost every night this is your best chance of seeing them before they finish. The new run commences on 2nd September with Mike Noble leading the promising new cast.


Pictures taken from www.curiousonstage.com by Brinkhoff/Mögenburg and Johnny Gibbon
Posted by Claire Thinking at 15:16

Email ThisBlogThis!Share to TwitterShare to FacebookShare to Pinterest
Labels: Apollo Shaftesbury Avenue, Johnny Gibbon, Luke Treadaway, The Curious Incident of the Dog in the Night-Time