The Way, Way Back opens with a car journey, as fourteen year old Duncan (Liam James) and his mom Pam (Toni Collette) travel with her new boyfriend Trent (Steve Carell) and his daughter to Trent's holiday home in Massachusetts. As the other passengers doze, Trent looks into his rear view mirror and asks Duncan how he rates himself on a scale of one to ten. Duncan is physically and mentally isolated at the other end of the station wagon and his mumbled reply, together with Trent's belligerent response (based on a conversation which one of the film's writer/directors Jim Rash actually had with his own step-father), sets the tone eloquently for turbulence ahead. Duncan is gauche and introverted and Pam, though concerned for the welfare of her son, places far greater emphasis on the importance of her new relationship with Trent. This has the makings of a holiday from hell for Duncan, complete with the dysfunctional family next door, comprising hard drinking divorcee Betty (Allison Janney who really gets her teeth into this role) and her teenage children, plus a circle of other emotionally baggage-laden neighbours who've been holidaying in the same spot for years. Things are looking grim until Duncan discovers a bike in Trent's garage and uses it to explore his surroundings, chancing upon the Water Wizz water park. Here he meets up with Owen (Sam Rockwell) who runs the park and his motley band of employees, a haphazard crew who nevertheless provide a far more nurturing environment than Duncan finds at home. 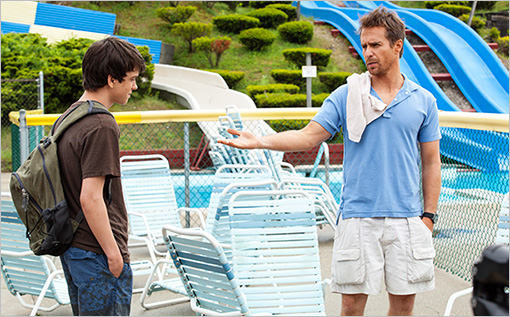 Trent perceives Duncan not so much as a child but as a rival for Pam's affection, leaving it for Owen to step in and fill the paternal void. As the adults in his family descend into a feckless abandonment of responsibility, a desperate last chance grasping of happiness, Duncan begins to accept responsibility for his life at the water park and develops a disarmingly hesitant relationship with the girl-next-door Susanna (AnnaSophia Robb). 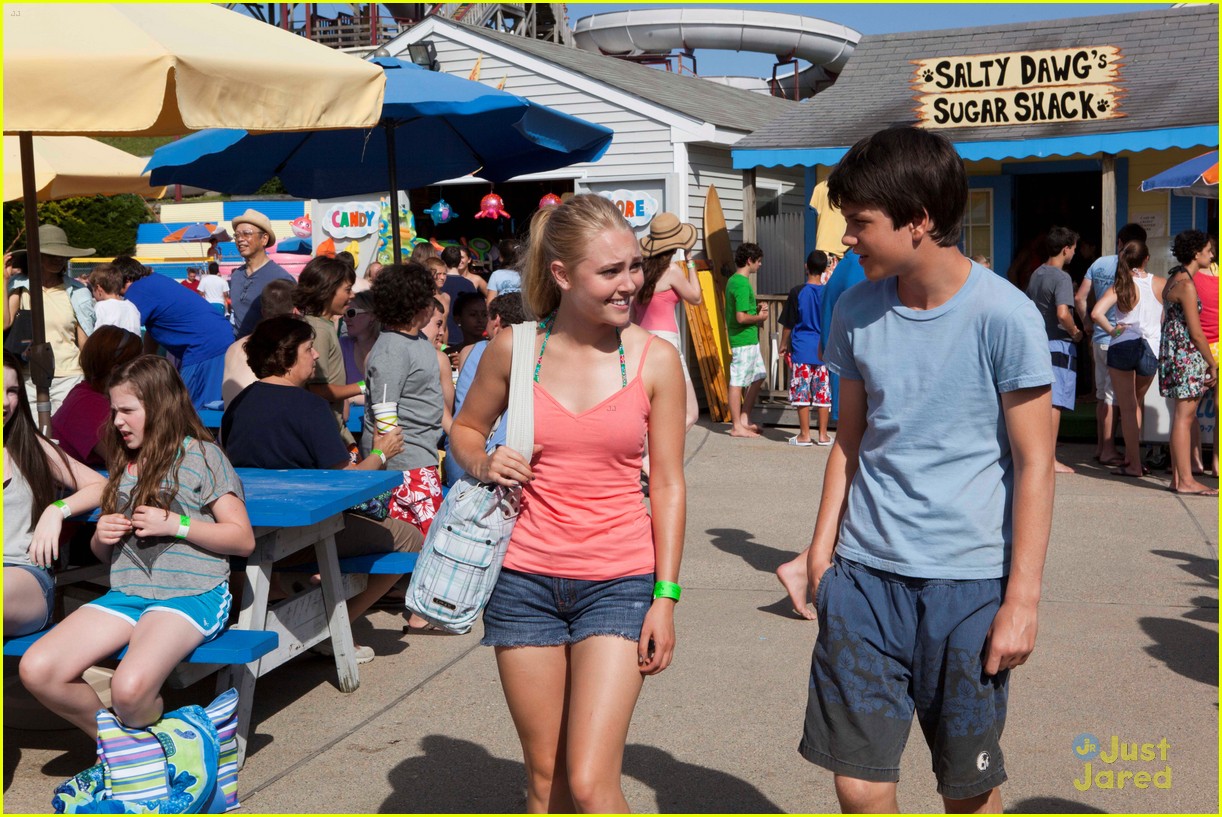 Like its predecessor Little Miss Sunshine, The Way, Way Back was applauded on its debut at the Sundance Film Festival and is distributed by Fox Searchlight pictures. Although more upbeat and less anarchic, the film's tone and themes, revolving around uprooted and fractured family life, are achingly familiar to Little Miss Sunshine devotees. Duncan's character reprises much of Dwayne's gradual and often painful emergence from the adolescent chrysalis and Carell and Collette are present once again, this time cast as lovers rather than siblings. For all its tensions and bittersweet poignancy, The Way, Way Back is peppered with amusing moments, particularly any scene involving Sam Rockwell or Allison Janney. 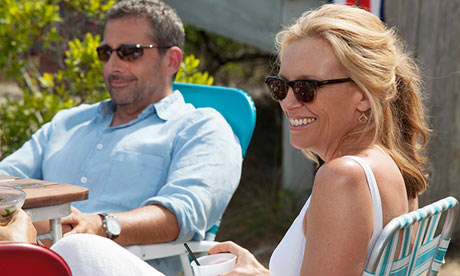 Steve Carell was so important to the writing/directing team Jim Rash and Nat Faxon (who appear as two members of staff at Water Wizz) that they moved location to be nearer to him and it's good to see him taking on a darker role. Toni Collette is as reliable a central character as ever, although this is hardly a stretch for her she's still a joy to watch. And, as the children often display far greater maturity than the adults, Liam Parker portrays Duncan with great authenticity, so much so that you cannot help reaching out to him in his excruciating awkwardness and applauding his initiative to relocate his heart.

Like all good narratives, we end as we began in the car, but this time there's a difference. For all it's familiar themes, The Way Way Back is funny, tender, engaging and hopeful - a film I'll happily be watching again.

I saw The Way, Way Back at the The Little Theatre Cinema, Bath, it opens in cinemas on August 28th 2013
All pictures courtesy of Fox Searchlight

Posted by Claire Thinking at 13:06