Do you often cry when you're reading? Maybe I'm hard hearted because, although frequently affected by the words on a page, I rarely burst into tears (a recent exception being Uncle Tom's Cabin). I wonder whether it has something to do with being able to sneak a glance ahead and pace yourself if you can see an emotional maelstrom's on the way.

Whatever the reason, I find listening is a whole other world. As a Radio 4 addict, I often catch a short story on the afternoon school run and get caught up in the narrative - unable to control its tone of voice or slow down the delivery. One such story which sticks in my mind is Marriage Lines by Julian Barnes. I think I probably heard it back in 2007 and was crying so much by the end I had to pull over! I quickly tracked it down in print but have only just got round to buying it, mainly because I was afraid of being disappointed, after such a reaction, with what I read. 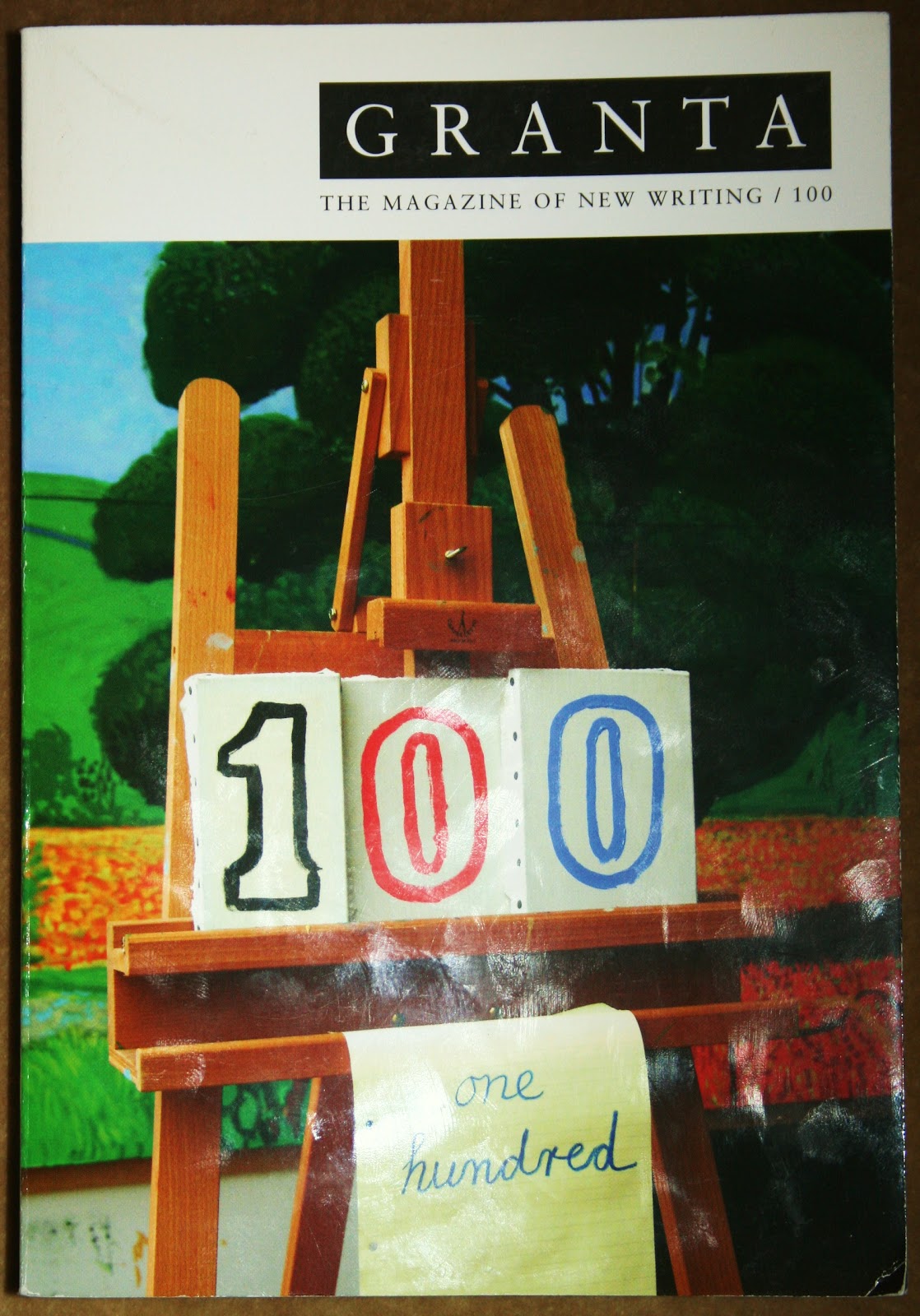 Marriage Lines is one of the short stories in the 100th edition of Granta, edited by William Boyd. Granta 100 is a treasure trove of literary nuggets, with stories by the likes of Salman Rushdie, Doris Lessing and Allan Hollinghurst to name but a few. I have to admit I haven't read them all yet, but I'm really enjoying having something of such quality to dip into. Of course, it was Marriage Lines I turned to immediately, as soon as the book-shaped package plopped on to the doormat.

Marriage Lines opens with a Twin Otter landing on a Hebridean island and immediately you sense that the author knows this journey and this place intimately. The island is not named (although you can identify it from its landmarks) and nor is the subject of this story.We learn little of his everyday life but what we do learn is that his situation has changed.Waiting to collect 'their' luggage

They, their, he knew he must start getting used to the singular pronoun instead. This was going to be the grammar of his life from now on.

He and his wife have been visiting the same small bed and breakfast establishment for twenty years or so, and in the history of their stays there lies the narrative of a marriage, the lines which hold it together but might also tear it apart. Bird-watching, flowers, clam-digging, the zigzagged pattern in a grandfather's sweater. The dignity and restraint of their hosts Calum and Flora, their few words but many small, kind deeds, is mirrored in the pared-down precision of the prose. By the closing paragraph there is an enduring sense that the traditions and constancy of this island, like the marriage itself, may be about to change, but not before imparting a final insight.

So did I cry upon reading this story for the first time? No, because I guess I knew what was coming. But this doesn't mean it was a disappointment. Far from it - I found I admired Marriage Lines all the more for the quality of its telling laid bare upon the page. No flashy literary showing off like his contemporaries Ian McEwan or Martin Amis: Barnes is the master of what is left unsaid, allowing you to fill in the gaps for yourself. But Marriage Lines should come with a warning; it may just leave your kids waiting in the playground for their red-eyed parent to pick them up...