Now I can be a bit Bah, Humbug about Christmas, as my children will tell you (they're used to me by now). It's not that I mean to be, but I've got to that age where too many people aren't around any more and they're specially missed at Christmas time. The constant shopping and unending 'to do' list (with too little time for the 'do' bit) also tends to get me down. I do surface occasionally, though, by way of an enchanting carol service or a relaxing meal, away from office parties, catching up with friends.This year, reading lots of sparkling literary blogs has also helped me reconnect with the non-commercial aspects of a 21st century Christmas.

Another high point I've come to anticipate is the arrival in my inbox of the steward's availability form for the Bath Literature Festival, which in 2013 runs from 1-10 March. The festival has grown steadily over the time I've been volunteering, and it's a delight to scroll through the programme and absorb the combination of old favourites and new names alongside the headliners for the year. 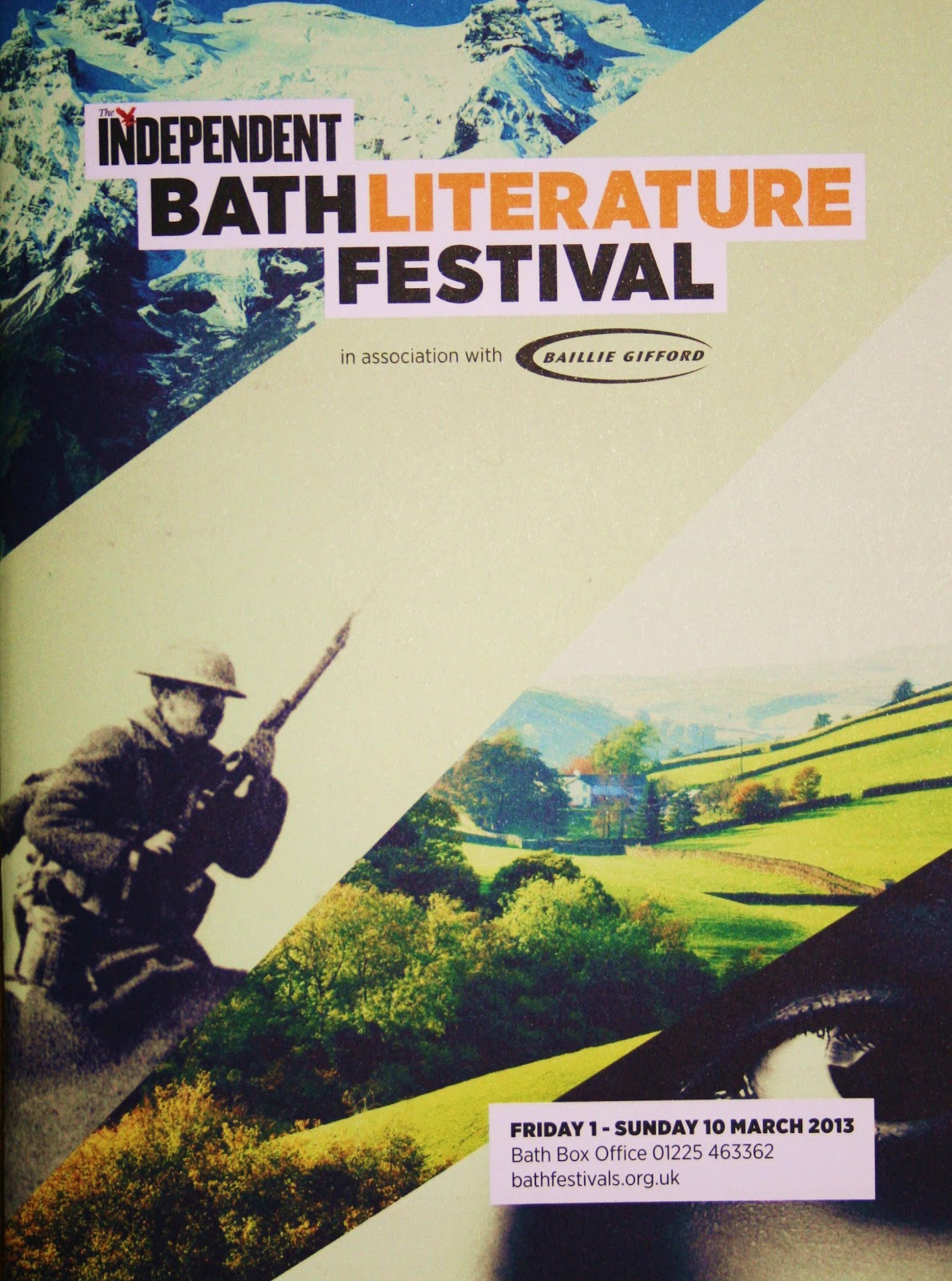 This programme is the ever-fragrant James Runcie's fourth and last as artistic director, and, as usual, he's drawn together an eclectic combination of talks, debates, performance and workshops. Contributors range from big-name fiction authors like JK Rowling and Hilary Mantel to arts correspondents, historians, broadcasters and politicians. One difficult decision for every festival is which events to volunteer for (which brings with it the possibility of missing some of the event through latecomers or problem coughers) and which to pay for (which guarantees a seat alongside family and friends but tends to get expensive when there's lots you want to see).

My unmissables for 2013 so far are

AN Wilson on Wedgewood - absorbing and knowledgeable on all his subjects and I grew up in the Potteries.

Pat Barker - quite simply, I love her writing.

The Independent Foreign Fiction Prize Long List Announcement - I've been dipping into foreign fiction since reading the brilliant Kamchatka (I've picked up lots of recommendations through winstonsdad's blog). Frank Wynne is Kamchatka's translator and I'd love to ask him whether there are any translations of Marcelo Figueras' work in the pipeline).

Ben Goldacre - an informative and lively critic of scientific journalism - one to take my (teenage) children to.

And which to volunteer for? That's a tricky one, but I've often found the events I know least about turn out to be the most entertaining, so nowadays I simply base it on my own availability. This way I've discovered Jon Ronson, Franny Moyle, Simon Baron Cohen, Tim Dee, James Fenton and many, many more. Being a Bath Festivals steward is an enjoyable and highly rewarding thing to do - the permanent team are endlessly supportive and my fellow stewards enthusiastic and well-informed. And you come away with that warm glow of feeling you've made a contribution (however small!) to the cultural life of the place where you live and work.
Posted by Claire Thinking at 15:05