The Song of Achilles by Madeline Miller

There's a bit of a Greek theme going down chez Clairethinking at the moment, when we're not battling our way round the good city of Bath that is. The whole centre has been reduced to a bone-crushing frenzy by a Christmas market overrun with ladies of a certain age (like me!) sampling mulled wine and asking directions to the toilets in Marks and Spencer. My daughter termed it 'a sort of Welsh Hajj'.

I've just finished reading Madeline Miller's The Song of Achilles (this year's Orange prizewinner) and my elder daughter has been occupying her gap year thus far by co-directing her old school's play The Bacchae by Euripedes. 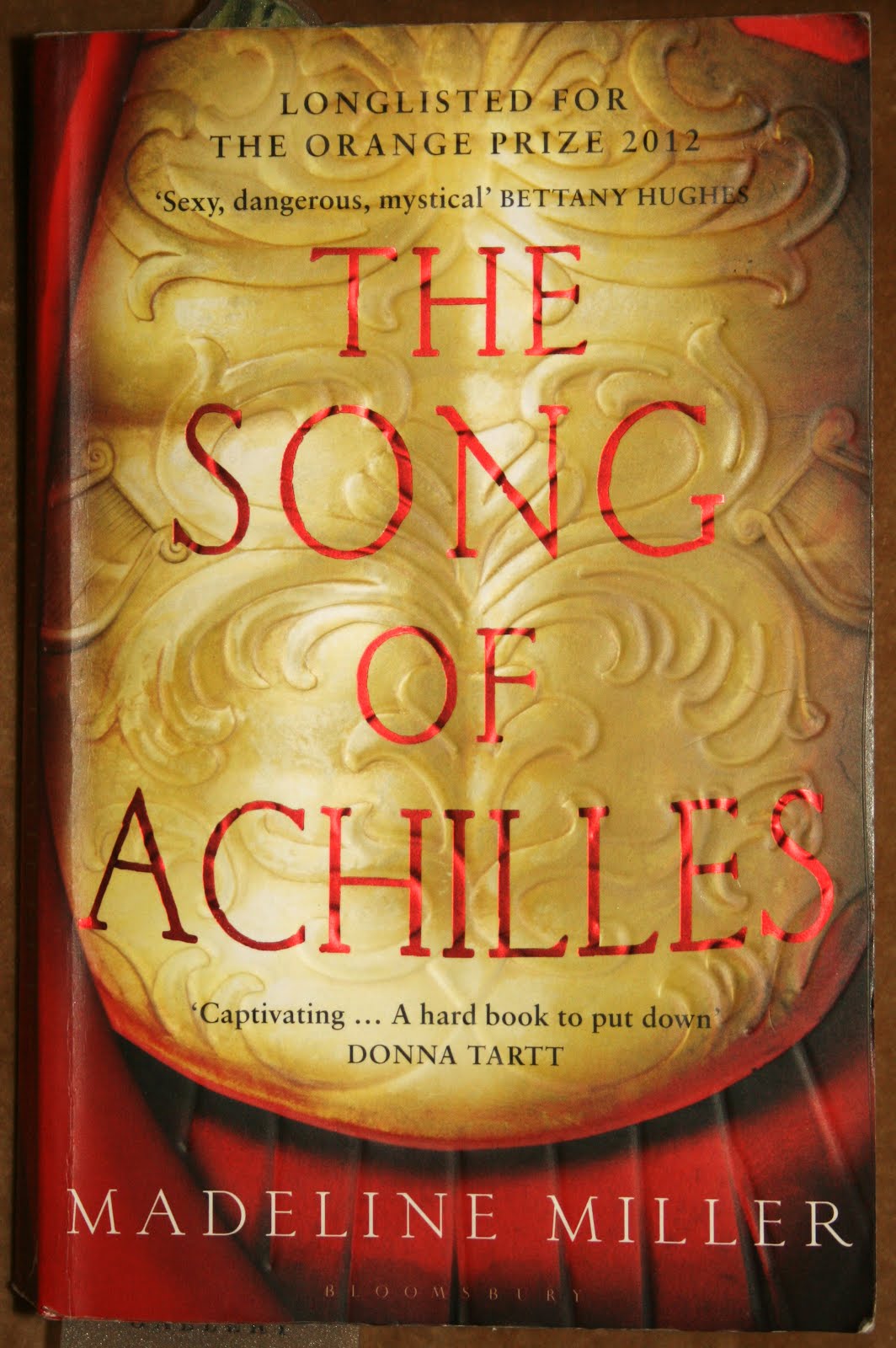 Now you couldn't find anything much further from a classical scholar than me, I dabbled a bit years ago at grammar school but gave up in favour of modern foreign languages. I know next to nothing about The Bacchae and my knowledge of Achilles is limited to him being a great warrior who had something to do with the Trojan War. Oh and wasn't he dipped into the river Styx as a child by his goddess mother to render him invulnerable, but as she held him by his heel that bit didn't get protected, hence the term 'Achilles heel'?

The Song of Achilles is narrated by Patroclus, a young Prince exiled to the court of Achilles' father Peleus. Achilles chooses Patroclus to be his companion when the two are boys, and, despite the disapproval of Achilles' mother Thetis, they become firm friends and then lovers. But Achilles is destined to be a great warrior, and is called to fight in Troy. Despite his less-than-average skills as a soldier, Patroclus elects to go with him.

Patroclus' retelling of his life with Achilles, educated by the centaur Chiron and interspersed by the interventions of the gods, is believably written and an absorbing read, even if Patroclus does often seem to view events through the prism of modern values. Homosexuality is pretty well tolerated by everyone - well we are in ancient Greece, after all - apart from Achilles' mother and Miller does give some insight into some of the crueler episodes, such as the treatment of Deidameia, Achilles' so-called wife, explaining why what happens must be so.

Much of this novel is enthralling, especially once the massed army of Greeks arrives outside Troy and battle commences. Odysseus is shrewd and knowing and Achilles' stand-off with Agamemnon is suitably tense. I did feel at times as though I was reading a very personal interpretation of the Illiad 'lite' and that to understand fully I would need to get back to a closer translation - but then a story which stimulates your interest in further reading is surely no bad thing.

Patroclus' narration at the close had a tendency to become rather whimsical and weakened the ending of the novel. But my biggest disappointment was that, despite Patroclus' adoration of Achilles' feet in the first part of the story (which I decided must be highly significant!), Achilles' death didn't seem to involve his heels at all. I've since read there are alternative interpretations of the myth, and that the term 'Achilles' heel' did not in any case come into common usage until the 19th century.

And as for my daughter's co-direction of The Bacchae? An unmitigated triumph of drama, combining tragedy, comedy, circus acrobatics, broken bones and quite a lot of screaming (but then, of course, I may just be a little bit biased...)
Posted by Claire Thinking at 20:44

Email ThisBlogThis!Share to TwitterShare to FacebookShare to Pinterest
Labels: Madeline Miller, The Song of Achilles