Think of forgetting so much that you might not even recognise your own daughter and you'll begin to identify with the bewildering world of Maud, the elderly narrator of Emma Healey's first novel Elizabeth is Missing. Simple things like setting the table (which way round do the knife and fork go?) or boiling an egg (leaving the gas on) become fraught with difficulty, memories slither away and words are as elusive as teenagers at sunrise. Jars become 'glass things, those things for drinking and jam' and a cardigan 'the sleeved thing, the buttoned and sleeved thing I've been trying to fold'. It seems she may be the most unreliable narrator of them all.

But Maud writes things down and, no matter how much her daughter says otherwise, her pocket full of notes is telling her that her friend Elizabeth is missing.


Helen sighs again. She's been doing a lot of that lately. She won't listen, won't take me seriously, imagines that I want to live in the past. I know what she's thinking, that I've lost my marbles, that Elizabeth is perfectly well at home and I just don't remember having seen her recently. But it's not true. I forget things - I know that - but I'm not mad. Not yet. And I'm sick of being treated as if I am. I'm tired of the sympathetic smiles and the little pats people give you when you get things confused and I'm bloody fed up with everyone deferring to Helen rather than listening to what I have to say. My heartbeat quickens and I clench my teeth. I have a terrible urge to kick Helen under the table.

Maud feels the frustration of not being believed any more, the invisibility of the old. She's shocked when she catches sight of her reflection, caged by the mental and physical limitations of age and enraged by the condescension of strangers. But puzzling over the whereabouts of Elizabeth reawakens memories of the past when, still living at home with her parents, she was enthralled by the style and sophistication of her older sister Sukey. Married to Frank, a furniture dealer with black-market connections and a lively temper:


Sukey often complained about the 'junk' that Frank brought home. Paintings of boats all done in brownish paint and ugly plates teeming with insects. This time it was a glass dome the size of a coal bucket full of stuffed birds. I got up, pressing a hand to the fiery side of my face, and peered in.The birds were brightly coloured, green and yellow and blue. Some had their wings spread out; some had beaks poking into flowers; others, as I moved round, pointed straight at me. Their glassy eyes seemed not to fit quite in their sockets and their feathers had a dullness to them which made me think they'd been dyed. I couldn't look away.

One tea-time, Sukey appeared at the family home and suggested she might stay the night, before changing her mind and disappearing without a trace. As Maud determines to investigate what has happened to Elizabeth, she also begins to unravel the mystery surrounding Sukey which has tramelled so much of her life.

Retelling the seventy-year-old story frees Maud from the confusion of the present and Healey is equally adept at capturing the detail of a young schoolgirl's life in a post-war Britain pre-occupied with rationing and food coupons. There's the lodger with his gramophone and the mad lady who lives on the streets and connections threading between past and present; Maud unearths the compact Sukey used to own and knows there's some significance to planting marrows. Just in case a novel full of Maud's present might be too difficult to decipher, the interweaving of an earlier era adds a welcome balance to the mix. 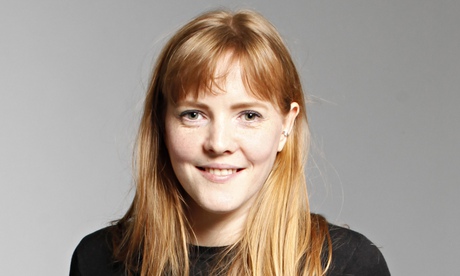 In her remarkable protagonist, Emma Healey has created an unforgettable voice, with a deftness of touch quite startling in a debut novelist. Maud is at once both extraordinary and yet quite ordinary, the face of all our elderly parents and grand-parents with a lifetime of experience and a need to still engage with society. While understanding the exasperation of her carers, we empathise as Maud attempts to retain the shreds of her independence in a world becoming ever more alien and applaud her determination to uncover the truth, no matter how many times she's told she's wrong.

Elizabeth is Missing has already brought considerable success to its author, the subject of a bidding war between publishers, with TV rights sold and a place on the longlist for the International Dylan Thomas Prize showcasing young writers. At the heart of Elizabeth is Missing is a conventional mystery being solved by unconventional means, but the novel is so much more than this; a mix of genres which is sad, wise and often funny, an unsettling glimpse of a future we just might not wish for ourselves.


Thanks to Viking/Penguin for my review copy.
Photos courtesy of The Guardian.

Posted by Claire Thinking at 17:51