Book Review: Man At The Helm by Nina Stibbe

With her first book, Love,Nina, a collection of letters written to her sister while working as a nanny in 1980s London, Nina Stibbe quickly established herself as a fresh new voice with a talent for comedy, but also for suggesting hidden depths behind the laughter. 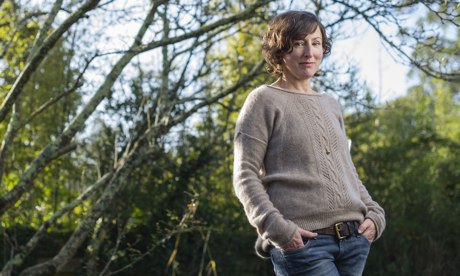 Now Stibbe has written her first novel, Man at the Helm, and her same quirky take on life shines through. Set in the 1970s, and providing another trip down memory lane for those of us who remember that decade rather too well, it's narrated by nine-year-old Lizzie Vogel, whose world is torn asunder by her parents' separation. Not that she realises this immediately, until she and her older sister and little brother Jack move with their mother from their comfortable city home, to what seems to Lizzie to be a very remote Leicestershire village.

To make matters worse, the village is not exactly a welcoming place for the family of an attractive divorcée:


Though the new house was nice and the fieldy vistas enthralling, we soon began to notice that hardly anyone in the village liked us. It was plain to see. People looked at us but no one smiled or stroked Debbie, our nice-looking Labrador. And we looked away and that probably made us seem furtive, but then again not looking away would have made us seem mad. And though I felt sure they'd warm up given time, my sister said they never would (like us, or stroke Debbie) until we had a man at the helm.

As their mother resorts to drinking and taking pills, Little Jack’s stammer is getting worse and their lives are rapidly descending into chaos. Afraid, above anything else, of being taken into care, Lizzie and her sister swing into action and draw up a ‘Man List’ of potential candidates for their mother:

We decided we'd contact, by letter, the suitable men in the area and invite them to have a drink with her and hope that it would lead to sexual intercourse and possibly marriage.

The men under consideration are a mixed bunch, none without significant flaws, although whether they're already married is unimportant, because 'all's fair in love and war'. Writing letters, supposedly from their mother, on peach-blossom writing paper, the girls set about bringing her together with the least unsuitable; the sex part often ensues quite rapidly, but there are always unintended consequences.


Woven through the comedy is the shocking finality of divorce; Lizzie's mother might be better off without most of the men she becomes entangled with, but single parenthood isn't an acceptable option in a Midlands' village in the 1970s:


It wasn't that having a man was good, but that not having one was bad.

Their father becomes an increasingly remote figure: rarely seen, difficult to be alone with and increasingly absorbed in his new family. 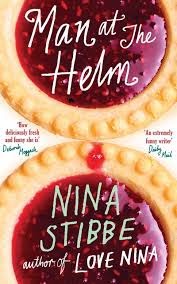 Lizzie is a funny and charming narrator; striving, as a child does, to understand the world around her and make the best of events beyond her control. She's optimistic and resilient, filling the void created by the loss of Mrs Lunt, the home help, by taking on the laundry and attempting a variety of meals from her My Learn To Cook Book. Lizzie remains loyally supportive of her mother's inadequacies, acting out snippets of the bitterly autobiographical plays she spends her days writing and even proving unresentful when her mother tricks her into a fashionable but highly unsuitable hairstyle:


I looked very different, startlingly so, and ultra-stylish with the feather cut. But I was ten and lived in a small village and stylishness didn't get me anywhere.

Man at the Helm is a hilarious, often poignant reminder of how different our lives were back then, with their reliance on the lost art of letter writing. We used to have coalmen; one is even added to the Man List, although Lizzie's mother took against him for peeing in their flowerbed. Decimalization was a recent imposition and London Zoo's acquisition of Chi Chi the giant panda was big news. And I can still clearly remember the day my old flannel sheets and eiderdown were replaced by a continental quilt - an exotic arrival of such significance that I began to remember other childhood events as 'before' or 'after' it happened.

Lizzie's mother is undomesticated and inadequate in so many ways, yet it seems she may still come through. For Lizzie life moves on; the world is bigger than one small-minded village and it's often possible to reinvent yourself. Man at the Helm is another warm and cheering read and a worthy successor to Love, Nina. Nina Stibbe, woman of letters, has done it again; creating a novel which can have you crying with laughter, yet still pondering the deeper significance beyond.


Thank you to Penguin for my review copy. Man at the Helm was published in the UK on 28th August 2014 and is available here
Posted by Claire Thinking at 22:55