A recent book conversation on Twitter resulted in my making an impulsive proposal to reread Testament of Youth. It was only afterwards, checking its page count of over 600 while glancing at my teetering tower of unread books, that I wondered at the size of my commitment.


Testament of Youth is Vera Brittain's memoir of her experiences during the First World War, but the opening finds this vibrant, intelligent young woman fighting a personal battle with Victorian parents to permit her to study at Oxford. 'The desire for a more eventful existence and a less restricted horizon' than provincial Buxton leads her to relentlessly pursue a place at Somerville College.

Meanwhile her brother Edward, whose own path to Oxford is straightforward, as well as sweetheart Roland and their friends Victor and Geoffrey, are rapidly abandoning education for the army. Idealism abounds and this golden circle of young men enrols with heads full of heroism and valour, realising they might lose their lives in the service of their country, but envisaging a gloriously patriotic death.

Today we realise they will face not a quick, victorious war won by Christmas but years of hardship in front-line trenches mired in mud. The four friends each endure their own separate hell of danger-spiked tedium alternating with interludes of that fierce, sporadic fighting which sacrificed so many thousands of infantrymen for so little gain. During her first longed-for year at University, with most of her male contemporaries in action, Brittain reaches the conclusion that she, too must make a physical contribution to the war effort and sets aside her studies to volunteer as a Red Cross nurse.

Like many, I first read Testament of Youth after watching the moving 1970s television dramatisation starring the brilliant Cheryl Campbell. Since then I've reread it on several occasions, but this time round, as we near the centenary of Great War's beginning, it seems even more achingly relevant and richly rewarding of the commitment. Brittain's recollections now have an almost prophetic note, sounding a trumpet blast against the waste and futility of today's armed conflicts in the streets of Gaza and Syria and our inflamed international relations after the downing of flight MH17 over Ukraine. Her generation was to pay such an enormous price for a war which attached little value to so many human lives; how have we forgotten so quickly and is this a lesson we must really learn anew?

Brittain's writing emphasises the devastating personal suffering of war, the near impossibility of having to endure every day without knowing whether those you love dearest are safe. She gets through by making herself too physically exhausted to think, yet still scans the casualty lists in The Times with dread and fears the knock at the door that might herald a telegram. When the worst news comes, there is no relief. Most shocking is the army's extraordinary return to a grieving family of all a dead soldier's possessions, including the shredded, blood-soaked clothes he was shot in.

As the War progresses, Brittain places herself further in harm's way by volunteering for service overseas. Her experiences in the sunshine of Malta and the 'corrupt clay' of France are both perilous but sharply contrasting, yet despite her essential role she faces growing demands from her parents that, with shortages of domestic staff commonplace, her place as a daughter is to look after the home.

Sometimes there's still joy in nature and the simple beauty of a sunset, even when seen from the trenches. The poetry in Testament of Youth is deeply evocative; often these are Brittain's verses which draw on her own and Roland's experiences, as well as the better-known lines of Rupert Brooke and Wilfred Owen and the heart-breaking simplicity of May Wedderburn Cannan


When the vision dies in the dust of the market-place
When the light is dim
When you lift up your eyes and cannot behold his face
When your heart is far from him,

Know this is your war; in this loneliest hour you ride
Down the roads he knew
Though he comes no more at night he will kneel at your side
For comfort to dream with you

Although war is central to Testament of Youth, Brittain writes of more than this; at the beginning she reminds us of the intensity and passion of first love, especially in a time now gone when a young couple are usually chaperoned on the rare occasions when they meet. She describes the elaborate outfits she took such care over; particularly memorable is her black moiré and velvet hat trimmed with red roses. Women can neither graduate from University nor vote and marriage is seen as the natural pinnacle of their ambitions. It's only in the darkest days of 1918, with women already doing much of the work traditionally undertaken by men, that partial suffrage is granted to those over thirty. By then, so much has happened that Brittain doesn't even notice this monumental achievement for feminism which


crept to its quiet, unadvertised triumph in the deepest night of wartime depression.

Her description of the end of war is one of 'numb disillusion' and in the aftermath she returns to Oxford, not to be hailed a war heroine but to be shunned by students too young to serve. Struggling to come to terms with peace, through her journalism and work for the League of Nations, she experiences at first hand the disastrous consequences of the Treaty of Versailles. 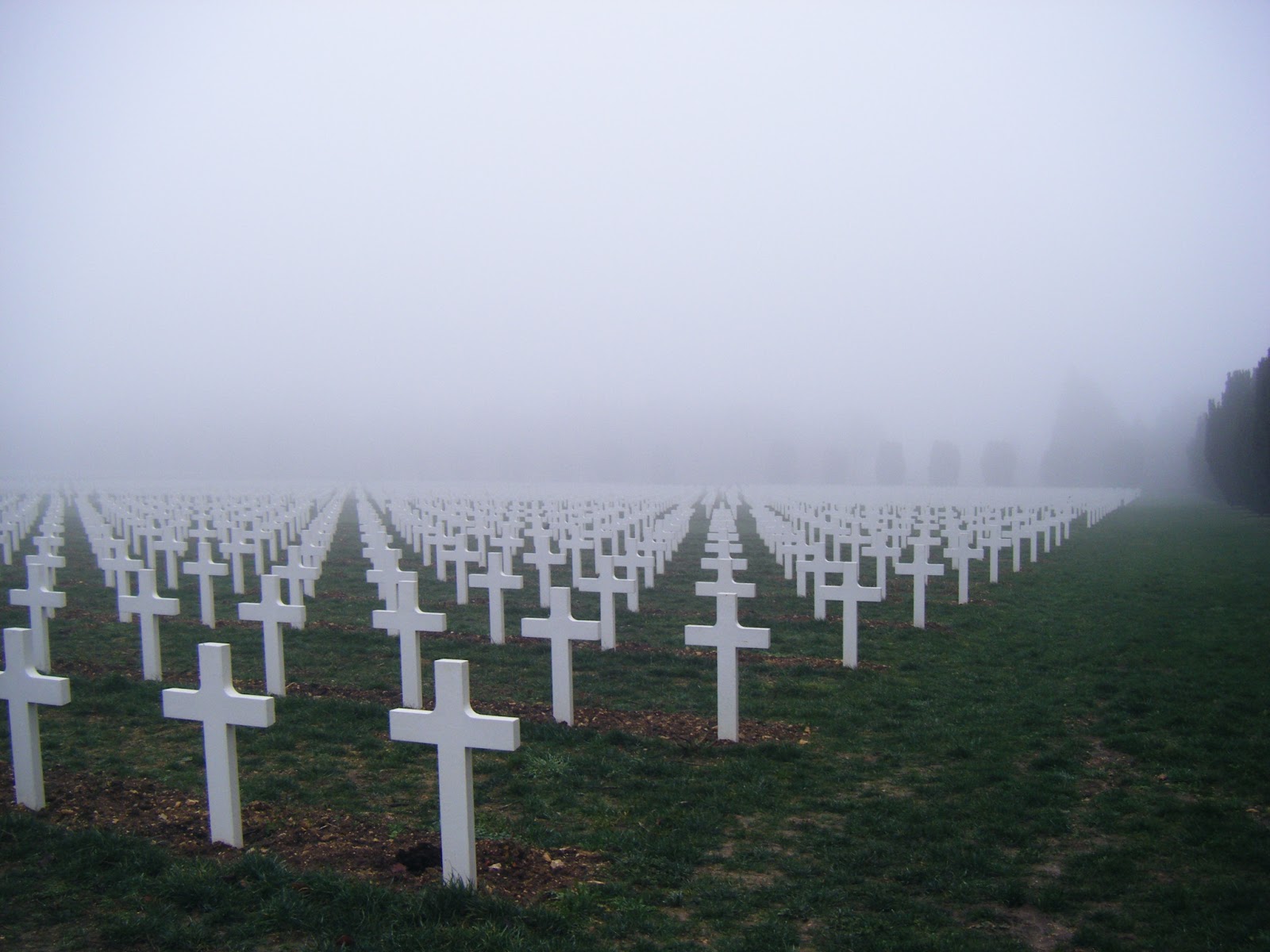 Nobody is more deserving than Vera Brittain of the measure of personal happiness she eventually finds, not least due to her great friendship with the writer Winifred Holtby. But she is forever 'shaped and shadowed' by the War, as her daughter, Shirley Williams, explains in the preface;


It was hard for her to laugh unconstrainedly; at the back of her mind, the row upon row of wooden crosses were planted too deeply.

Small wonder that she became an advocate of pacifism, distressed at the prospect of another approaching war. Her wonderfully articulate, haunting masterpiece still stands today as a testament to her beliefs.

Testament of Youth is available in the UK as a paperback from Virago Books.
Photographs courtesy of The Telegraph and The Birmingham Mail.

Posted by Claire Thinking at 19:40