'The Kalashnikov's barrel was surprisingly hot.'

When a novel opens this way, you know it's not for the faint-hearted.

Claymore Straker and his driver Abdulkader are hijacked at gunpoint in the searing heat of the Yemeni desert. Systematically, Clay weighs up his options and an already tense situation ratchets up another few notches.

From the beginning, The Abrupt Physics of Dying grabs you by the throat and never really lets go. Clay is in Yemen as a contractor for the oil company Petro-Tex, working to deliver their environmental permits for a new oilfield. Until now it's been a box-ticking exercise, something he's done countless times before. He has his own reasons for wanting to keep it that way. But to save Abdulkader's life, he's forced to investigate the mysterious sickness of many children in the village of Al Urush, close to the Petro-Tex processing plant. And what he finds there sets off a cascade of events which threaten to crack open the protective shell he has constructed around himself, to destroy both his sanity and his life.

Clay befriends Mohamed, one of the villlage children, and takes him to hospital when he's sick. But there the plight of the villagers is laid bare; as Mohamed's mother has no papers, no address, no identity card, it seems the desperately ill young boy cannot be admitted:


'Something deep inside Clay ruptured. He could feel it go, like a ligament tearing from bone. Clay hoisted the boy over his shoulder, grabbed the woman by the forearm and before she or the attendant could react he wheeled left and strode past the desk and led her through the double doors and into the bowels of the hospital.'

In true Bond and Bourne tradition, Clay is a maverick who often operates outside the rules. He's a South African ex-soldier damaged by his part in fighting the border war against Angola. He's a square peg in the round-holed world of Petro-Tex, his motives suspected by his colleagues. Yet the villagers he meets resent him as a corporate mouthpiece, and the Yemeni Secret Service want to interrogate him about his meeting with Abdulkader's kidnapper, the Islamic terrorist Al Shams. In a world where nobody is quite what they seem, Clay finds himself with few friends. So can he possibly trust French journalist Rania Latour with what he uncovers? Or is she too hiding something from him? 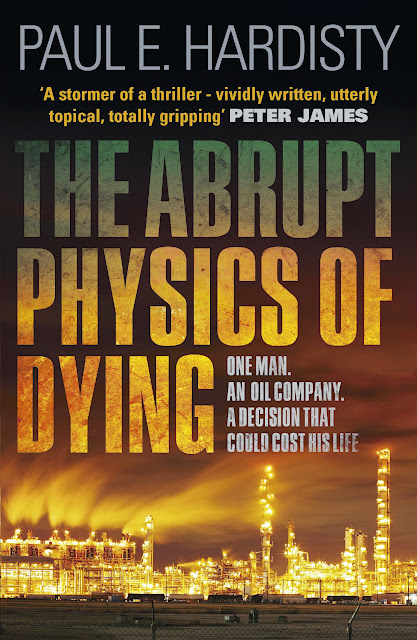 Unsurprisingly, The Abrupt Physics of Dying is predominantly a hard-drinking, hard-shooting man's world, bruising and brutal. So it's especially interesting to see how Paul E.Hardisty portrays its only significant female character. And at first, Rania appears stereotypical; beautiful, naturally, with all the attributes of a Bond girl and 'dark planets' for eyes. Gradually, though, a real person emerges. The struggle between the different aspects of her personality and heritage becomes clearer and, especially towards the latter part of the book, she begins to act more defiantly for herself.

The novel's plot is fiercely gripping yet labyrinthine; each time you think you're nearing a solution, you find instead another twist. And its reach is inter-continental, as the action moves from the outbreak of civil war in Yemen in 1994, to mainland Europe via Oman and on to London. Of all the locations, I was particularly taken with the accuracy of Clay's visit to the Tesco's store in Launceston, Cornwall; a town I used to live in and still visit regularly. 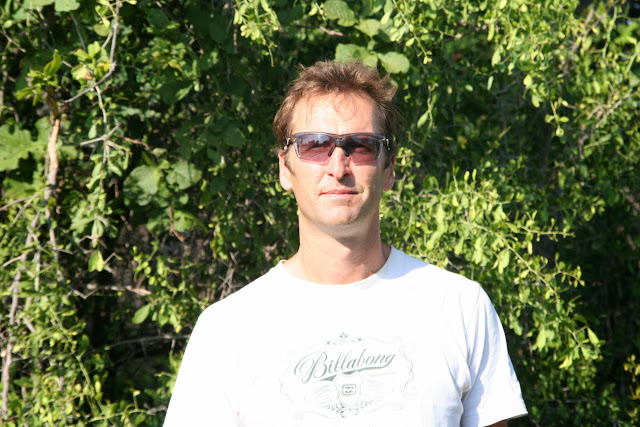 This is Hardisty's first novel and it's an intense and absorbing debut. His overarching themes of international business and corruption, the power of governments to suppress the rights of individuals in their own self-interest, have great relevance in today's globalised world. Canadian by birth, Hardisty has spent over 25 years working all over the world as an engineer, hydrologist and environmental scientist and his experience shows in the urgent authenticity of his writing.

Nobody emerges from this story unscathed and it's refreshing to find that Hardisty is not afraid to heap lasting damage on his main characters. Karen Sullivan, publisher of brand spanking new Orenda Books was so impressed with The Abrupt Physics of Dying that she made it her very first title and has already bought the sequel. Here we have a novel, a writer and a publisher to watch.


The Abrupt Physics of Dying is already available in ebook format and will be published in paperback on 8th March 2015. Many thanks to Karen at Orenda Books for my review copy.

Posted by Claire Thinking at 09:37