I've been an admirer of Bonnie Greer since seeing her on BBC2's Newsnight Review many years ago. Back then I had no idea who she was, but she came from somewhere else and she resonated. 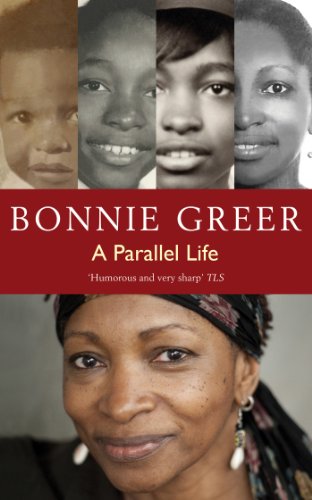 That somewhere else is the South Side of Chicago and now Greer has written the first volume of her memoir, A Parallel Life, we get to find out about her early days there. Her parents migrated to the city, escaping the oppression of working class black people in the Southern states of America, but as it turned out


'Up North' became a statement that said things were no different on the South side of Chicago and in Harlem than they were in Mississippi. It was just bigger and dirtier, more crowded and colder.

Having served on the Normandy Beaches, Greer's Daddy worked in a can factory by night and repaired TV sets by day to support his growing family, while her Mamma went to bed at two in the morning and rose again three hours later to keep them clean and fed. The eldest of seven children, those days had Greer harnessed to chores and baby-minding and falling asleep listening to gangs initiating girls in the passageway outside. A child of books and writing and the imagination, she watched and learnt and decided early on this wasn't the life she wanted for herself.

What Greer did want was already in her head; the parallel life of her title, a sensual refuge of synaesthesia, where words are rooted in music - images, colours and sounds. Her chapters often begin with songs, from the Chicago blues and Dinah Washington to Laura Nyro, The Beatles and Bowie, setting the scene for the times she's living through. The Kennedys and Martin Luther King are assassinated, students riot and Vietnam looms large. This is no linear, chronological memoir but one without dialogue which circles its subject, glancing a blow before dancing away again like a literary world champion prize-fighter. Momentous events are overlaid with personal truths and soaked with cultural references, until A Parallel Life becomes Greer's own eloquent song and the chapters her verses.

Greer's Mama fears for her daughter's safety and straps her down once puberty begins, because a black woman's body is a commodity not her own. Yet, despite the fear of being attacked on the way to a school still in the throes of racial integration, there are good times too; her parents go out of their way to provide typically abundant American Christmases with presents, turkey and all the trimmings. There's no shortage of humour, such as when a young Greer, raised a Catholic, confided to her priest


I wanted to be an altar boy, then a priest and finally Pope.

Like others her age and colour, Greer saw too many of those she knew and loved die violent deaths at a young age. She rebels against the 'proper' world her Mamma is envisaging of marriage, kids and domesticity and embraces ideas and activism instead, taking whatever jobs she can, from topless dancer to bank cashier to pay for her University tuition. She has a series of relationships before eventually finding her family in the company of drag queens, many of whom she later nurses through their dying days of AIDS.

If at first Greer's references to so many relatives can be a little confusing, eventually it's the details which really hook you in, from why she stops straightening her hair to her difficult but nonetheless loving relationship with her parents. All those words she holds inside herself, absorbed from her Daddy's Encyclopedia Brittanicas, his Reader's Digest novels, Patti Smith's Rimbaud, her own love of James Baldwin, Ernest Hemingway and Saul Bellow, whose style in Herzog she describes as


...that kind of writing all the way to the end of a sentence, fighting against its ending, too, but pushing through to the end and beyond.

Studying with David Mamet, Greer writes her first play which premieres in the depths of a harsh Chicago winter and closes soon afterwards. She's approaching thirty; the age over which, as she'd chanted as a student, you can't be trusted. Feeling she isn't going to achieve anything in Chicago, she finally moves away to embark on the next chapter of her story.

A Parallel Life is a moving and riveting read, a remarkable contemplation of the roots of this writer and commentator in our midst, now so familiar to viewers of BBC current affairs programmes. From the DNA which illuminates her more distant heritage to her family's life in Chicago, Greer challenges you to rethink your own perceptions. She writes with such honesty and insight about who she is and the events which have shaped her, that you finish this volume of her memoir already eagerly anticipating the next.

Photos courtesy of Amazon and The Independent.
Posted by Claire Thinking at 12:50