I have to confess that Jane Eyre wasn't my favourite book at school. Not only was I coerced into reading it, but as a biddable child I also failed to appreciate Jane's wildness. It just goes to show that you don't have to like, or even to have read, Charlotte Bronte's classic to love this new production from Bristol Old Vic. In an epic scales-falling-from-the-eyes piece of theatre, director Sally Cookson ably demonstrates just how relevant Jane's story is to a contemporary audience.

Jane Eyre, the play, is staged in two parts over four-and-a-half hours, which does demand a certain commitment from the average theatre-goer. But what a rewarding commitment this is, because it creates so much more space for the exploration of Jane's childhood; from her very first cries as a mewling infant to her early orphaned life with cruel Aunt Reed and schooling at the austere Lowood Institution. Jane's awkwardness at the affectionate goodbye bestowed on her by the maid Bessie and her first friendship with class-mate Helen Burns are not only affecting, they also underpin her innate self-reliance and make sense of the heart-rending decisions she's forced to take in adulthood. 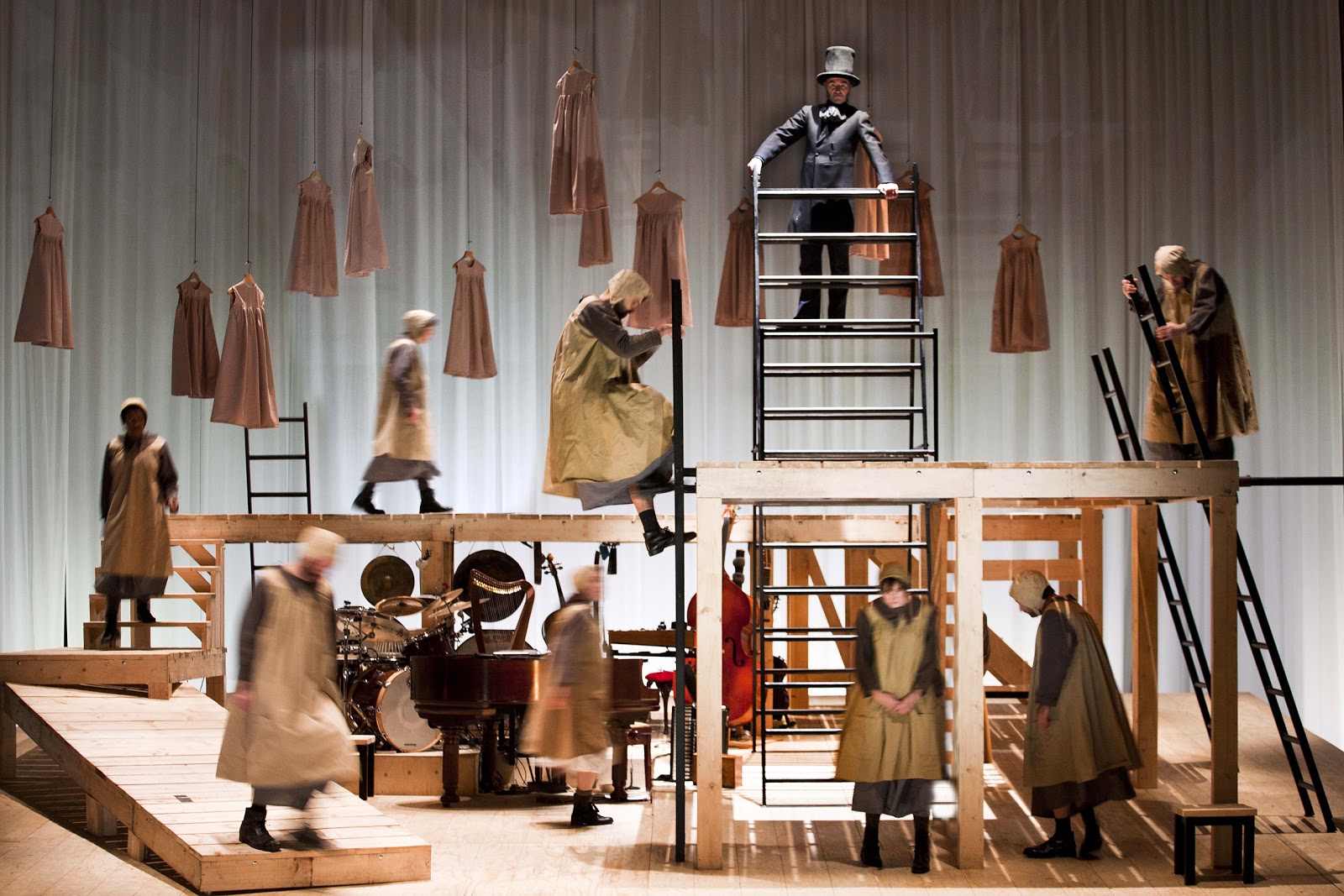 The set is deceptively simple, a bare wooden platform and ramp with steep metal ladders and the different levels are fully explored with great physicality. The highest of ladders is the preacher's pulpit and simple wooden frames, suspended from above or held in front of Jane's face, are the windows she gazes out of restlessly. In the centre a band plays live music and from the beginning, this is an integral part of the story, haunting the fluid transitions between scenes with an eerie purity as stripped back as the story-telling itself.

With minimal props and seamless role-switching, the cast conveys long coach journeys by running on the spot, the passing of months by chanting in lessons and Jane's interior voice by surrounding her with questions. Her changes from child to woman to bride have her being dressed on stage in clothes that often have a life and meaning of their own. 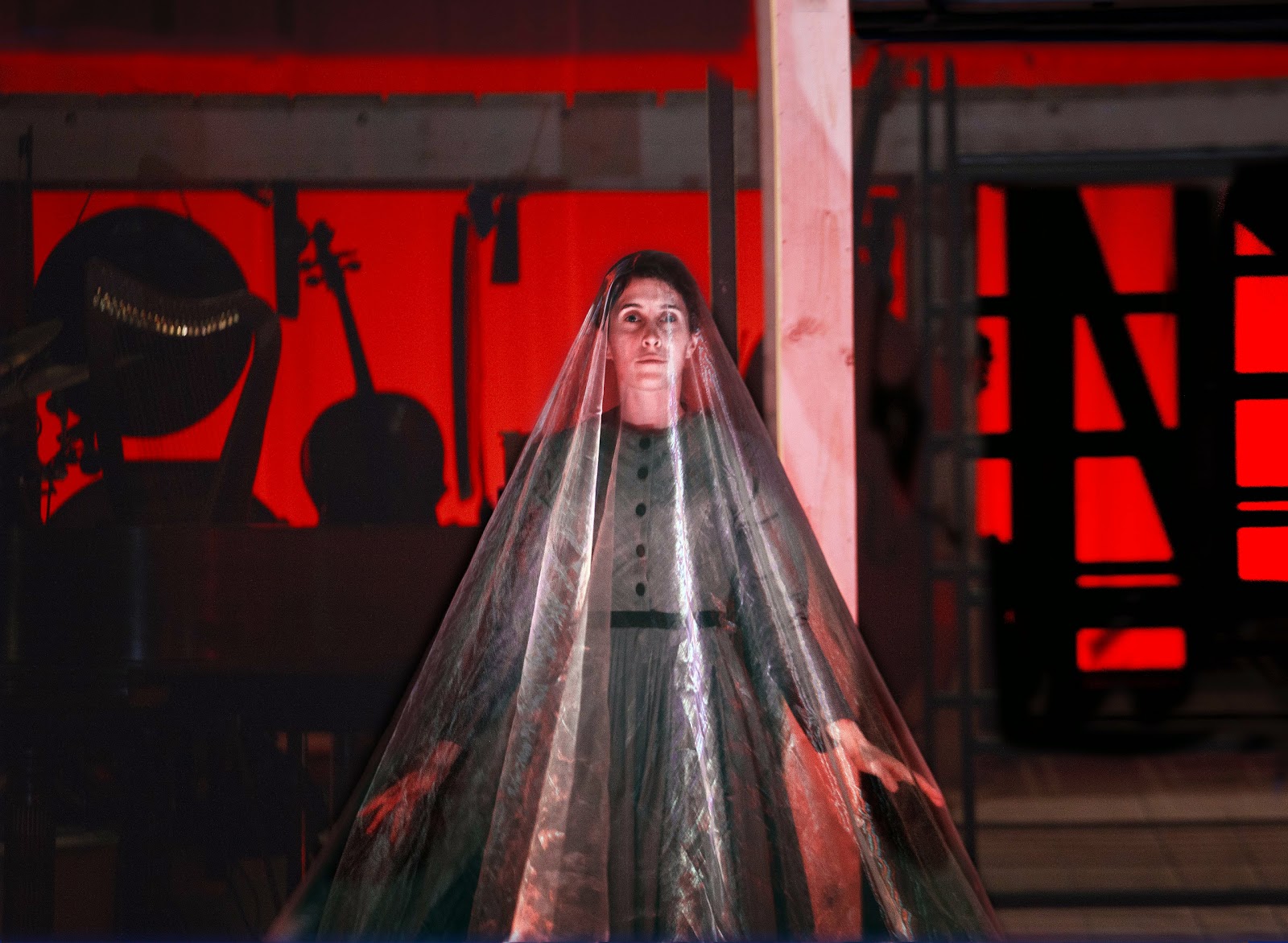 Madeleine Worrall captures Jane's spirit perfectly, as childish willfulness develops into the strength she needs to survive the emotional turmoil of love. Felix Hayes is imposing as the brooding Mr Rochester, reawakened to life through his relationship with the new governess, shouldering his responsibilities yet ultimately willing to risk all to be with Jane. There's humour too as Rochester brings his sardonic wit to bear, along with his unruly dog Pilot, energetically played by Craig Edwards. Laura Elphinstone is excellent as Adele and St John Rivers and portrays a host of other characters with equal conviction. And woven throughout is the sublime singing of Melanie Marshall, who then becomes the secret at the heart of Thornfield Hall, the incendiary reason for Jane's flight.

Benji Bower's score deserves particular mention, because it is so atmospheric yet difficult to define. It mixes original composition with sourced music which enhanced the feeling of timelessness. Only once, with the albeit exquisite rendition of Gnarls Barkly's Crazy was the spell almost broken by over-familiarity with a song.

With a story as complex and densely plotted as Jane Eyre, even in two parts, it must be as difficult to decide what to leave out as what to include. This production is not only an acting triumph for the company, they also devised the whole play from the book in a matter of eight weeks. When I first read about this undertaking, I thought it an act of either lunacy or genius. In Sally Cookson's hands it is the latter; as courageous, bold and original as Jane herself.