The Howling Miller by Arto Paasilinna

I've missed out a bit on the recent fascination with all things Nordic. I read The Girl with The Dragon Tattoo several years ago and didn't like it much, so didn't pick up the other two titles in the trilogy or see any of the films. I know it's like judging all American literature by Dan Brown, but I think I've been lacking inspiration.

Well, that's all changed now, for two reasons. First of all I've become hooked on the second series of the Danish political drama Borgen, having completely missed series one, despite my friend's regular recommendations (see, Liz, I do listen to you in the end!) A recent episode made a seminar on welfare reform and the phasing out of early retirement into a hotbed of intrigue and there are some gripping story lines involving the main characters' entangled personal lives.

Secondly, I've been reading The Howling Miller by Finnish author Arto Paasilinna, a very beautiful limited edition published by my local Bath bookshop Mr B's Emporium of Reading Delights, which I was lucky enough to be given for Christmas. 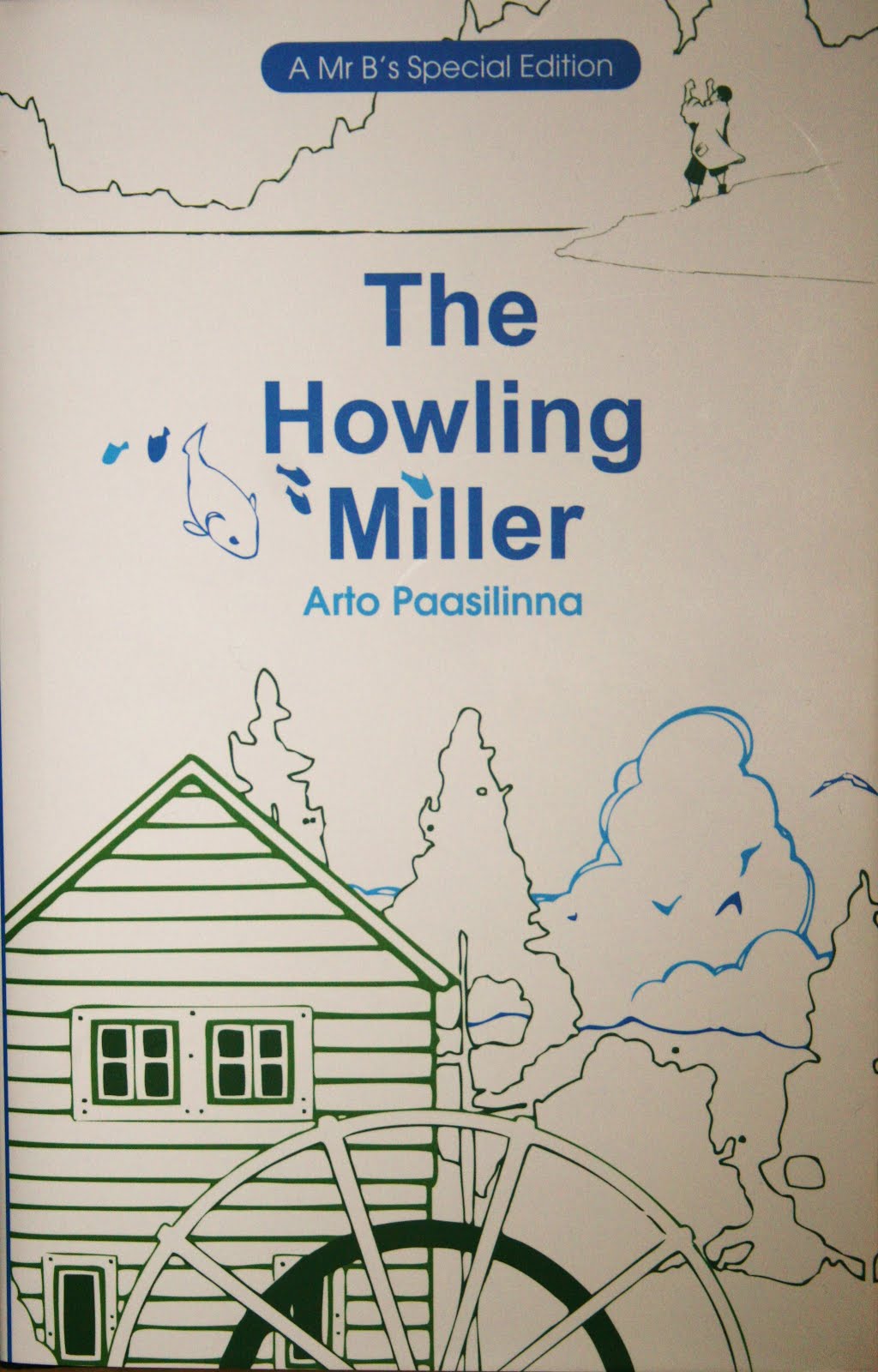 Set in the forests of Northern Finland sometime after the end of the Second World War, this is indeed a story about a miller who howls. Gunnar Huttunen lives alone in the isolated water mill he's renovating, howling at intervals to release his mercurial emotions. Eventually, he alienates most of his neighbours with his unpredictable behaviour and they conspire to label him mad, even though their own actions are often equally idiosyncratic. And so, we follow Gunnar's story as he's shunned by all but Sanelma the ample-bottomed horticultural adviser, the local police constable Portimo and an unlikely moonshine-brewing postman.

I found myself imagining a neighbour in my hamlet who howls at night and sets the dogs barking so sleep is impossible, who makes house calls at four in the morning and throws the shopkeeper's scales into a well. He'd be a nightmare to live near but, despite this, Gunnar emerges as the hero of this story. He's generous hearted with touchingly redeeming qualities; his love for Sanelma, care for his vegetable patch and skill in restoring the mill. You find yourself rooting for him against his small-minded neighbours, as they first have Gunnar removed to an asylum where the patients are more sane than the doctors, then do their best to prevent him from returning.

This is an endearing fable with a remarkable sense of place and a satisfying ending. Read it for quirky characters by the shed load, crisp, clear writing despite it being a Finnish-to-French-to-English translation (quite a feat, Will Hobson) and humour which veers towards the dark side, yet is ultimately uplifting.

As for me, I'm continuing my belated Nordic epiphany with Paasilinna's The Year of the Hare, which we've just chosen to read in my book club...

Posted by Claire Thinking at 20:13