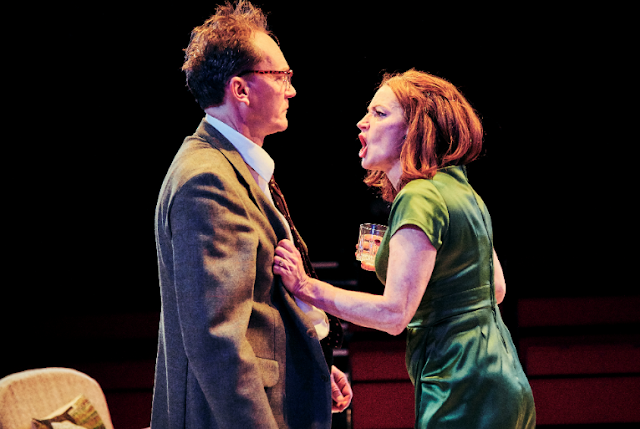 First staged in 1962, Edward Albee’s play of marital drama set on an American college campus is widely hailed as a classic. Adapted into a film in 1966 starring Elizabeth Taylor and Richard Burton, it has been regularly revived over the decades, notably in the West End in 2017 with Imelda Staunton and Conleth Hill in the leading roles. And for a reason: this funny, visceral, intense and ultimately devastating play, unlike many of its contemporaries, has stood the test of time.

Now director David Mercatali—previously at the Tobacco Factory with productions of Blue Heart and Radiant Vermin—brings this landmark work to the intimate setting of the Factory Theatre. Over a daunting but utterly absorbing running time of three-and-a-half hours, we witness all the raw humour and gladiatorial savagery of Martha and George’s confrontational marriage unravelling in compelling close-up.

It’s an alcohol-soused spiral into the void as, returning wearily home from a faculty party in the early hours, the couple settle down for a nightcap. At first, they seem like any other long-married pair, bickering, teasing and goading—knowing each other’s flash points only too well, inhibitions extinguished through hours of hard drinking. But when Martha announces that she has invited two of the party guests back because her Daddy—who is president of the inauspiciously named New Carthage College—said she should, darker undertones emerge. The naïve younger couple Nick and Honey become drawn into their game-playing: first as voyeurs but later as active participants, out of their depth in an arena with seasoned competitors.

Albee’s words are so finely honed, his psychological observation so acute that he leaves actors nowhere to hide, demanding nuanced and meticulous performances. And this quartet really delivers: Mark Meadows is astounding as George, stooped and downtrodden as he paces the stage, bruised and battered by his lack of advancement as an associate professor in the History department and his wife’s subsequent taunting and infidelities. But clever, lively and vindictive, his pugilistic essence endures; stung by Martha’s interest in the younger man, he squares up to biologist Nick, needling him about a geneticist’s narrow vision of the future, withholding truths and weaving fictions, making weapons of confessions and turning his own self-loathing outward.

Pooky Quesnel’s Martha matches him in spirit with her frustrations and hinted-at personal sorrows. Cast in a 1960s role of stifling domestication, her influence deriving from her position as a powerful man’s daughter, she is ill-reconciled with being a less successful man’s wife. She’s fighting back every inch of the way, boiling with scorn for George but seductively suggestive to Nick, until he also disappoints her. Capable of arguing with her husband about everything, including whether the moon is up or down, in the final gut-wrenching act, Quesnel reveals a Martha finally stripped of all artifice. With mascara tears staining her face, her vulnerability and quiet desolation at her loss of illusions is shattering. 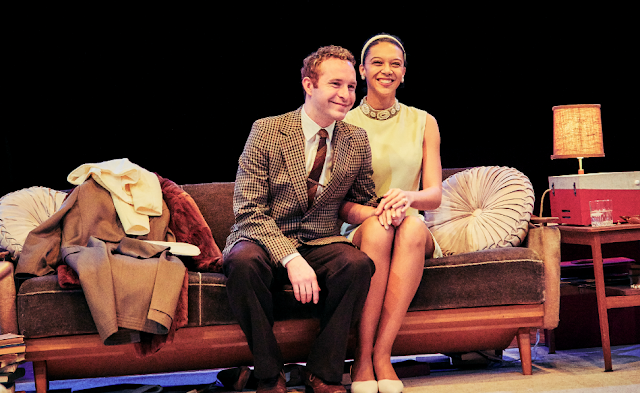 Joseph Tweedale and Francesca Henry as Nick and Honey underpin the central performances with strong support: as their optimistic veneer is peeled away, they are revealed as another couple with hidden demons. Initially arrogant and sure-footed, Tweedale’s Nick begins to find himself on less-than-certain ground, while Henry’s coltish, guileless Honey (the most underwritten of the four characters) veers from innocent delight in her hosts’ no-holds-barred behaviour to the dawning realisation that she is one of the victims of their vitriol. 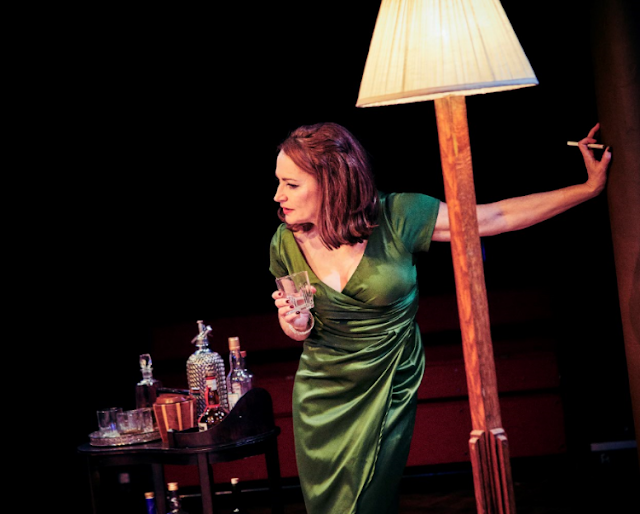 This play was conceived in the era of the Cold War, at a time of explosive social and political upheaval, its black humour and domestic strife seemingly a microcosm of greater power struggles that are no less relevant today. On designer Anisha Field’s deceptively cosy and detailed living room set, for all its lamps, door chimes, books and much visited drinks table, it feels as though World War Three is breaking out—and, as with all momentous events, it’s impossible to look away.