Regular visitors to this blog will know that - despite my usual resistance to reading about firearms, physical violence, and anything overtly army-related or vaguely mechanical - I've become a fan of Claymore Straker, action hero of Paul E. Hardisty's four hard-hitting, suspenseful but socially conscious adventure thrillers (you can read my review of his fourth novel Absolution here, and the other titles are linked at the bottom of that page).

I've spent more time than is healthy questioning why this is and - apart from stating the obvious, that we read to see the world from another perspective - I've concluded that I'm drawn in by Hardisty's textured, fast-paced and authentically detailed writing. What's more, I love a flawed but driven character, and Claymore Straker delivers this in spades, even if I might run a mile from meeting him in real life. 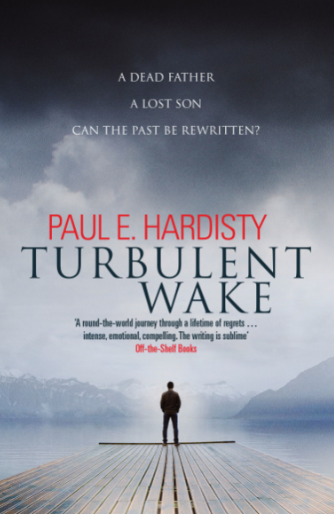 Now Hardisty has stepped away from Straker, though his latest central character is hewn from the same rock. In Turbulent Wake, Ethan Scofield returns from London to his Calgary birthplace to bury his estranged father. Clearing the house, he finds a collection of manuscripts, a series of highly biographical short stories, that begin to explain his father's neglect and fit together the missing pieces of Ethan's own life.

For years, Ethan has wondered what really happened to his little brother, how his mother was taken from him and why his engineer father seemed to disappear. Why he has frequently felt so alone and disconnected from the world. Now, page by page, he begins to uncover the answers - and the truth is often explosive.

Stories from the manuscript are interspersed with Ethan's own musings. In many ways, his life mirrors that of his father's: he, too, had a troubled childhood and a difficult relationship with his wife and child. Drinking hard and unable to become the emotionally articulate man they require, he struggles to cope with the changing role of women and comply with society's norms.

At times I found myself conflating father and son, a confusion compounded by the novel's episodic, continent-straddling structure. At one moment, the action takes place in the Carribean's coral cays, the next in a Kilburn bar with a suspected member of the IRA. Ethan's father roams the world from Yemen's wadis to the wilds of Africa, Hardisty drawing on his own experiences to enrich the vivid, detailed and often harrowing descriptions of political injustice and corporate greed.

Gradually, though, a focus emerges at the heart of this novel and a looping helix of love and loss begins to exert its grip. As the pages yield up their secrets, it's impossible not to feel the tug of the engineer's regret for what should have been and his longing for reconciliation and redemption.

In his later years, Ethan's father meditates on the theme of 'write what you know', concluding, along with Martin Amis, that you should 'write what you know so you don't have to write what others already have'. To this male view, you could add a woman's voice; Toni Morrison's 'If there's a book you really want to read, but it hasn't been written yet, then you must write it.' In this most personal and compelling of novels, Hardisty seems to have done just that.

Turbulent Wake is published in paperback on 16 May 2019 by Orenda Books. Many thanks to the publisher for my review copy. 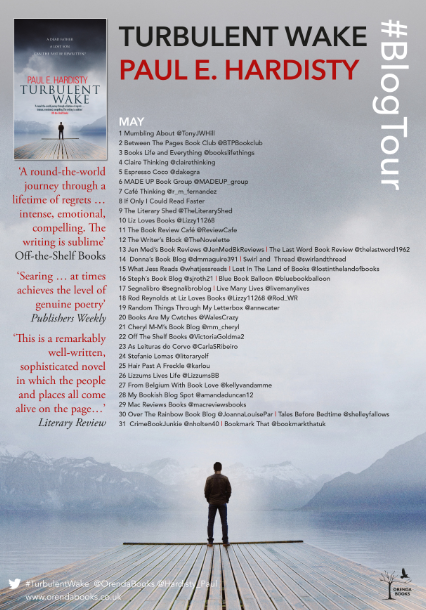 Posted by Claire Thinking at 06:06