Louise Beech's writing defies easy categorisation. Her last book The Lion Tamer Who Lost had the sweep of an epic love story, a panorama stretching from the pride lands of Zimbabwe to northern English urban grit.

Her new novel Call Me Star Girl is, at first glance, more claustrophobic and contained. Set once again in Beech's home city of Hull, key events play out over a single evening of a late night local radio show, hosted by presenter Stella McKeever. Billed as a psychological thriller, it centres around the murder of a young woman, Victoria Valbon, near to full term in her pregnancy, and the events surrounding her tragic death. 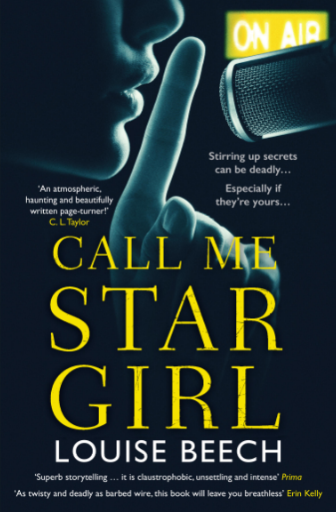 First impressions can be deceptive. How much does Stella know? In using her final show to call for her listeners' secrets, it seems she may have plenty of her own. She never met her father and has only recently been contacted by her mother, Elizabeth, who walked out of Stella's life when she was twelve.

Switching back and forth between past and present, the narrative broadens in perspective and gradually unveils its mysteries: the puzzle posed to Stella by an unsettling book, her new boyfriend Tom's complicated past and the unexpected connections Elizabeth begins to reveal in her sections of narration. And who is the sinister Man Who Knows, repeatedly phoning into Stella's show, who seems to hold vital evidence that could help solve the murder?

Scrape beneath the genre-switching surface and Beech's writing has common themes. Families are fractured, leaving the protagonist with an eerie sense of isolation. An everyman called Bob Fracklehurst links her books. As with The Lion Tamer's silver box of wishes, mementos once again take on symbolic importance; Stella never lets go of the star-stoppered glass bottle of perfume her mother gave her and invests great significance in the initialled twin keys she got cut for herself and Tom.

Call Me Star Girl is the definition of a page-turner. The locked room studio setting builds tension inexorably, the unravelling story becomes increasingly chilling and atmospheric. Closeted in her late night workplace, Stella looks to the stars as she often did as a child and tries to freeze her emotions in the cold night air. It's a novel that can be devoured in a couple of sittings, the final twists taking you into territory very far from home.

Call Me Star Girl is published in the UK by Orenda Books on 18 April 2019. Many thanks to the publishers for my review copy. 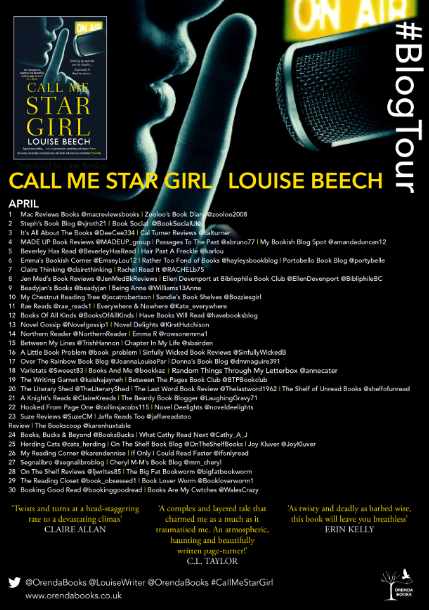 Posted by Claire Thinking at 07:26