Guest Post: M J Carter on her relationship with Blake and Avery

As the third of her historical Blake and Avery mysteries is published, I'm delighted to host a guest post from M J Carter about the relationship between a writer and her characters. 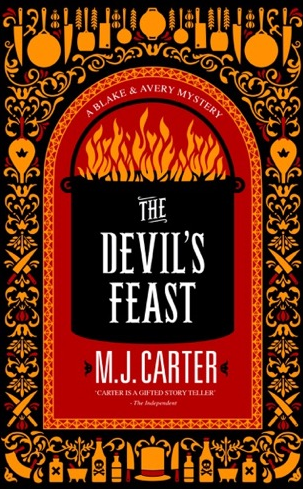 The Devil's Feast finds intrepid young soldier-turned-sleuth William Avery investigating a grisly death in 1842 London at the newly opened Reform Club. A death he witnessed, that might be from cholera but could equally have had an altogether more suspicious cause.

Bereft of his unlikely partner Jeremiah Blake, Avery must investigate alone, unearthing a seething ants' nest of rivalries and recriminations. The club's committee is divided, the members politically at odds and tensions simmer in the kitchen around the eccentric but brilliant head chef, Alexis Soyer.

This wasn't the first death, it seems, and may not be the last. But although Avery is quick to discover deep divisions, he's less sure of what to do about them. He desperately needs his errant mentor Blake to help sift the clues and divert a potential disaster, but will he be able to find him in time?

The Devil's Feast reprises all the rich historical detail and authenticity of Carter's previous Blake and Avery adventures The Strangler Vine and The Printer's Coffin, combining mouth-watering descriptions of sumptuous banquets with a vivid portrayal of life in a Victorian professional kitchen and the genius of the now largely forgotten Soyer, self-styled 'Napoleon of Food'. Above all, it develops the intriguing relationship between our intrepid duo further, as we learn more about the unhappy state of Avery's marriage and the secrets of Blake's past.

Here's what M J Carter has to say about them: 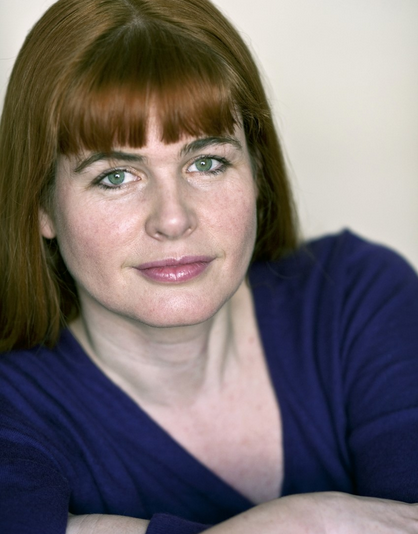 ‘The relationship between a writer and her characters can go wrong… Just now, though I’m more than happy to spend more time with Blake and Avery.’

My protagonists are Jeremiah Blake, a working class private enquiry agent — the name given to private detectives in the 19th century — and his younger, posher sidekick, William Avery, a former Captain in the East India Company army. Blake comes from a seedy, maybe actively criminal, London background, and was sent to India as a child where he was spotted for his astonishing ability to pick up languages by a Company spy, and received an education. Avery is the product of a conservative county family from Devon, undereducated and somewhat naïve, who hides beneath a sporty, hearty veneer a secret passion for books and a more questioning nature than he realises. So far, he has narrated the books.

The two are unlikely companions, thrown together by chance in the first book, The Strangler Vine, in a manner they never expected — Blake, the older working class one leads the younger, posher Avery. It allows them to develop a relationship beyond the normal boundaries of stratified Victorian society. Avery finds himself admiring Blake’s cleverness, independence and unspoken code of honour, and equally infuriated by his stubbornness and radical political views. Blake, who has endeavoured to cut himself off from the world, is annoyed to find himself susceptible to Avery’s mixture of youthful naivety, bravery and surprising kindness, and at the same time irritated by that same naivety and Avery’s conservative views.

One of the surprises of setting out to write a series set over a period of years, and have two characters bouncing off each other, is that I feel I can give them story and character arcs which carry over each book and onto the next. I can let them develop and change and bring their pasts to light. I always knew that I didn’t want to reveal everything about them both in The Strangler Vine: that each book would show a bit more about Blake’s mysterious history, and a bit more about Avery’s character forming. I have literally dozens of places I want to take them, and a range of experiences I plan to put them through (some of them extremely uncomfortable).

Of course, the relationship between a writer and her characters can go wrong. Conan Doyle killed off Sherlock Holmes, feeling he was holding him back from writing other, better things — only to be forced to bring him back to life. Agatha Christie quickly came to loathe Hercule Poirot: his prissiness, fussiness, predictability, but was forced to live alongside him to the bitter end. Just now, though, I’m more than happy to spend more time with Blake and Avery. One thing though, I’m finding that I’d like to travel beyond Avery’s voice, and tell the stories in different voices. Is this a sign of exhaustion? I’d like to think it was just one more step deeper into their world.

The Devil's Feast is published in hardback by Fig Tree on 27th October 2016. Many thanks to Sara at Penguin Random House for my review copy.
Posted by Claire Thinking at 11:51