Book Review: The Secrets We Kept by Lara Prescott

How refreshing to find a woman writing spy fiction, a genre in which both authors and their protagonists are predominantly male. Texan-based Lara Prescott's debut novel The Secrets We Kept may revolve around the extraordinary story of Boris Pasternak and his banned novel Doctor Zhivago, but it is told through an almost exclusively female lens. 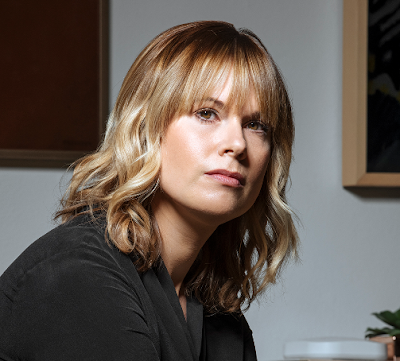 Appropriately for a cold war setting, the story divides its narrative between East and West. In the Eastern strand, Pasternak's mistress and muse Olga Ivinskaya is taken forcibly from her family home to the notorious interrogation cells of Lubyanka - reputed to be the tallest building in Moscow, because 'you can see all the way to Siberia from the basement'.

In the West, the CIA's Washington typing pool is populated by experienced female operatives from World War Two, all demoted to administrative roles once the men returned from fighting. Wry, knowing and used to spotting a detail, these girls don't miss a trick - whether it's the latest office gossip or a campaign of subterfuge to undermine the Soviet establishment. In an era when Sputnik is circling the earth and striking fear of communist domination into many an American heart, such missions are considered of existential importance.

From their midst, new recruit Irina - Russian born but American bred - and seasoned operative Sally are singled out for extra-curricular duties. Sally trains Irina in the art of espionage - carrying classified documents and disappearing into a crowd. At a time when even the scent of illegal homosexuality can end a career, the pair become dangerously close.

Back in the East, Pasternak - already famed throughout Russia as a poet - is writing his epic novel Doctor Zhivago, its courageous heroine inspired by Olga. But, as well as revolving around the sweeping love story between Lara and Yuri, the book captures the turmoil of the Russian revolution and emphasizes the individual freedoms that Soviet authorities deem unacceptable. Failing to find a publisher in its native land, the quest begins to smuggle the manuscript to the West for printing and then back again in book form, to reach a receptive underground audience for its subversive themes. 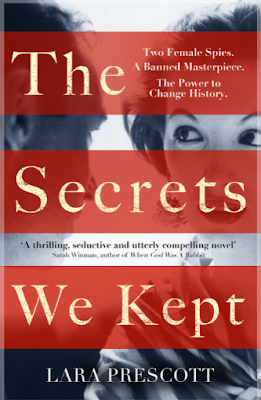 The Secrets We Kept is based on extensive research, with Prescott combining real and imaginary characters and events to vividly evoke the misogyny and ideological conflict of the 1950s. It is pervaded by captivating details of the era's clothing and food and the contrasts of glitzy parties and gruelling prison camps; there's an atmospheric sense of place, both in the swamp of Washington and Pasternak's beloved dacha in Peredelkino.

As the personal and political become intertwined, East and West mirror each other in the struggle to define a love that lies outside society's norms. Equally fascinating is the currency of words - whereas today's messages traverse society through Facebook posts and Instagram influencers, in the 1950s books were the cultural weapons of choice.

You don't need to have read Doctor Zhivago to appreciate this novel - though if you haven't it will most likely send you scuttling out in search of a copy. Words matter in The Secrets We Kept and, though Pasternak is their originator, Olga, Sally, Irina, and the secret-keeping typing pool are their unsung champions.

The story is told through multiple narrators and, if I have a niggle, it is that there are eventually too many perspectives to absorb, at times diluting both characters and prose to brushstrokes. Yet, perilously close to contradicting myself, I would also like to have heard the omitted voice of Pasternak's wife Zinaida. Nevertheless, this is a gripping and illuminating debut, bound for the bestseller lists and already optioned for film, that reopens a portal in time and makes me want to grab Doctor Zhivago from my bookshelves and enjoy it all over again.

The Secrets We Kept by Lara Prescott was published in the UK by Hutchinson on 3 September 2019. Many thanks to Anne Cater and the publishers for my review copy.

Posted by Claire Thinking at 08:21