Book Review: The Other Twin by L V Hay

In a post-truth world, it becomes increasingly impossible to define a single reality. But there are occasions - like when your sister has fallen to her death from a bridge in mysterious circumstances, for example - when it is imperative to discover what really happened. 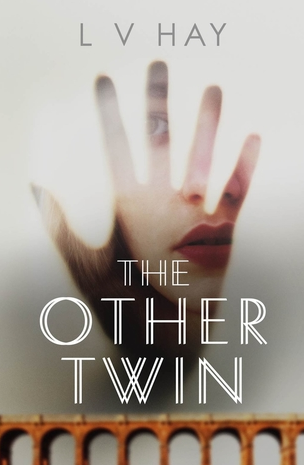 This is the premise of L V Hay's The Other Twin, as Poppy - troubled and estranged from her family for reasons that are initially unclear - finds out that her younger sibling India is dead. Returning to her home in Brighton for the first time in years, she comes face to face with parents who are unravelling and traces of her sister - in her online blog and digital communications - that are difficult to reconcile with the innocent girl Poppy once knew.

But this world of social media cloaks a tangled web of relationships as old as time itself - full of jealousy, manipulation and deceit. India had uncovered a scandal - so it seems - that she alludes to in online posts full of references to fairy tale characters such as the Frog King, the Wicked Witch and the Wolf.

The narrative is peppered with definitions of millenial slang, for example:

as well as text messaging and Facebook profiles. But in essence, while presenting multiple viewpoints, the contemporary setting disguises a good old fashioned whodunnit that peels back the layers of a suburban existence to reveal its dark, beating heart. Who is Jenny and why was India always so protective of her? Why did India make such an enemy of JoJo, previously her best friend? And can Poppy trust that her passionately resurrected relationship with former boyfriend Matthew - not to mention his evasive twin sister Ana - is all that it seems?

It's a sultry, sexy tale that tantalises as it witholds. There are implausible moments and false leads aplenty, but the enjoyment and anticipation never diminishes in this taut and fast-paced thriller.

The Other Twin was published on 1 August 2017 in paperback by Orenda Books. Many thanks to the publishers for my review copy.
Posted by Claire Thinking at 00:51