Henry Walker and the Wheel of Death at the Rondo Theatre

I haven't yet read Mr Sebastian and the Negro Magician by Daniel Wallace, but I'm guessing it might not be the most straightforward of books to adapt. If the renamed play Henry Walker and the Wheel of Death is anything to go by, the novel is a multi-faceted blurring of truth and fantasy, exploring the raw edges where magic ceases to be a sleight of hand and becomes something darker and more mysterious.

So, Shane Morgan certainly didn't give himself the easiest task in transferring this story to the stage, and it's to his credit he retained the approval and involvement of its author. This is actually a rather unusual and engaging tale, but not always an easy one to explain - hence the heavy reliance on narration from the start. On its own, this might not be a problem, but when combined with an onslaught of microphoned voices, initially the overall effect is one of confusion. The main characters are yet to be established and there are too many focal points all at once; the actors to the side, the assertive narration of private detective Carson and Henry centre-stage performing his tricks in barefoot isolation. 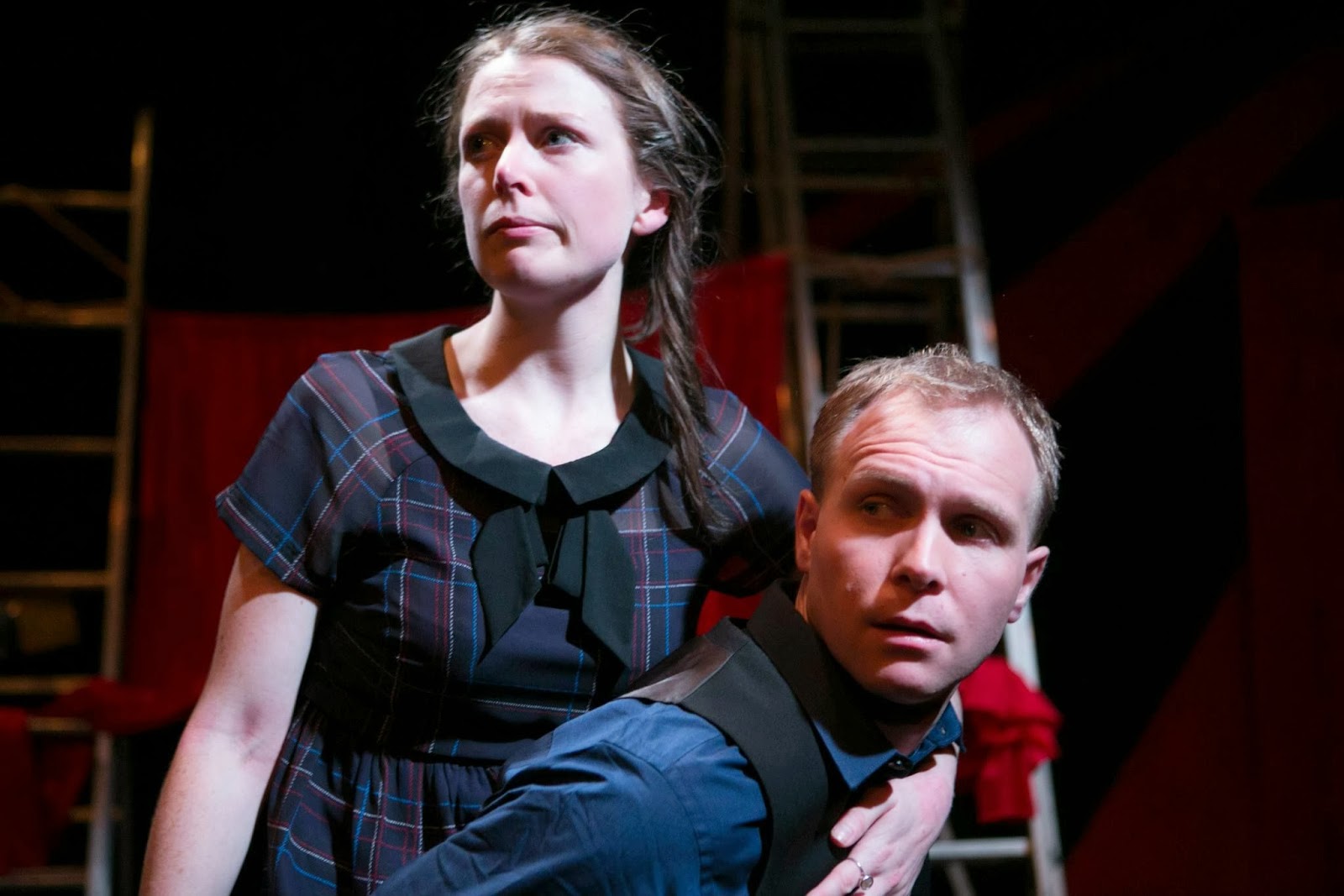 The story really begins to kick in when the initial narration fades and we reach its emotional heart; the relationship between Henry and his sister Hannah, brilliantly played by Dan Gaisford and Madelaine Ryan.They don't adopt the vocals of children and yet from their expressions and demeanor we realise we're being allowed into their childhood. We are able to witness their sibling bonds of complicity, their withholding and sharing of secrets.

Although once wealthy, the children's father lost his livelihood in the 1930s crash and he now works as a hotel porter, widowed and drowning his sorrows in gin. The children are often left to make their own entertainment; Hannah with a dog she calls Joan Crawford and Henry in the company of the shadowy magician he knows as Mr Sebastian, who occupies Room 702. Mr Sebastian gives Henry a new pack of cards to practice magic with, but as their relationship develops it becomes clear that this enigmatic stranger has some very big demands to make in return. For Henry, it seems the price of becoming a successful magician may ultimately prove more than he can bear.

This play explores themes of love and identity, perception and reality; what may be gained in pursuit of success, but also what is lost along the way. In between the action and exposition lurk some touchingly poignant moments and, in the interval, my daughter and I were abuzz with excitement as to what had just happened and how the story might end. 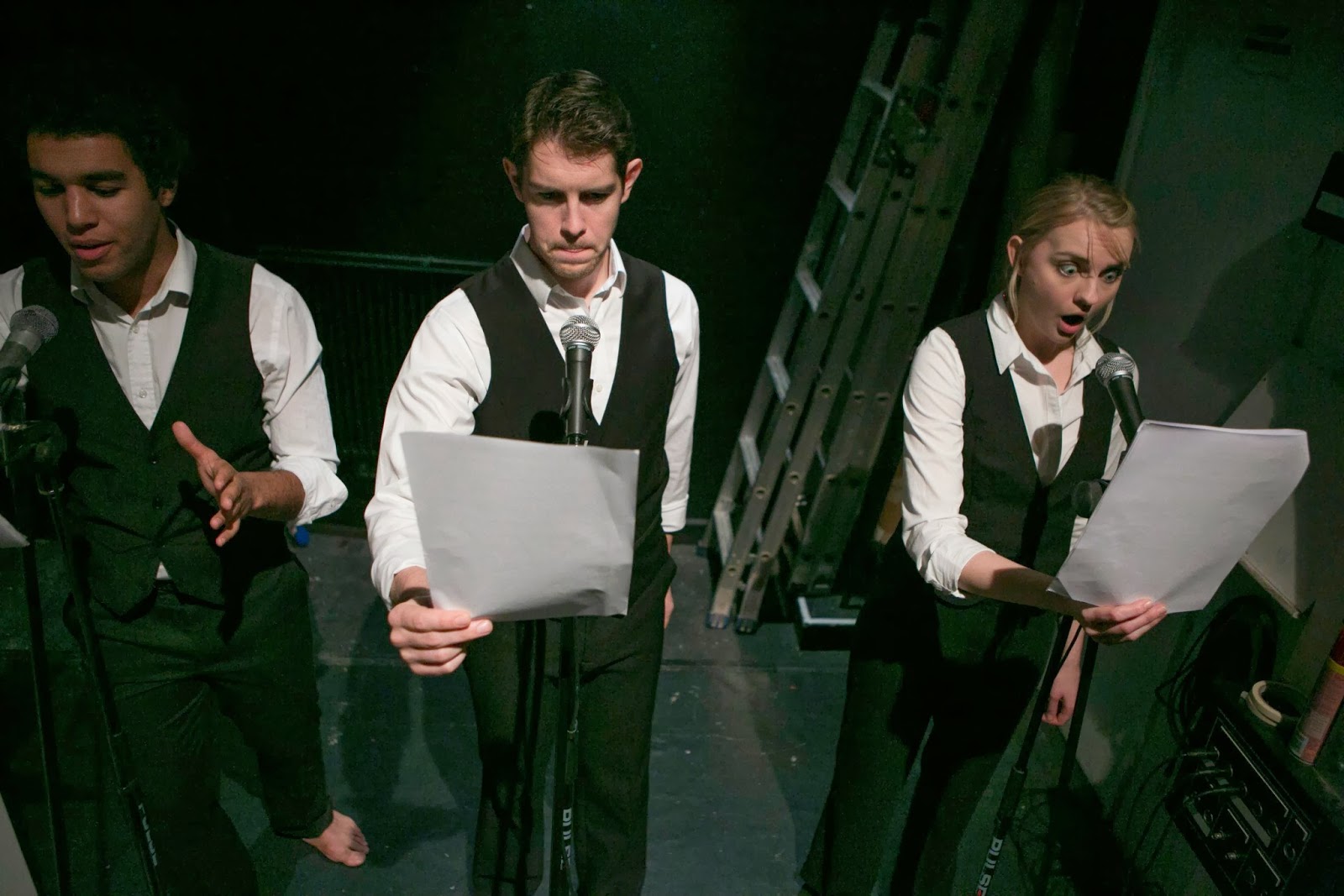 Overall, there is much to commend this production by Roughhouse Theatre; the circus-themed set is striking and fully explored by the actors and there's excellent use of physicality and puppetry with some enchanting set-pieces. The company switches roles well between characters with good use of props and their reading from scripts emphasizes Henry's isolation in an increasingly sinister world. Music adds atmosphere throughout and, on balance, although overused, the microphones prove to be effective.

Towards the end, the adaptation loses its way a little again, with too many threads of alternative realities to draw together and a few inevitably remaining undone. Although the ending itself is satisfyingly circular, some simplification of the introduction and conclusion would provide a clearer framework for what is otherwise an enthralling and thought-provoking play.


Henry Walker and the Wheel of Death is at the Rondo Theatre from 13th-16th November 2013.