Last year, after decades of liking Patti Smith's music in a semi-detached kind of way, I got to see her performing live at the Forum in Bath. And that's when something her die-hard fans have known since those early pre-punk breakthrough days finally dawned on me; here is a woman who's the real deal - artist, poet, musician and legend. 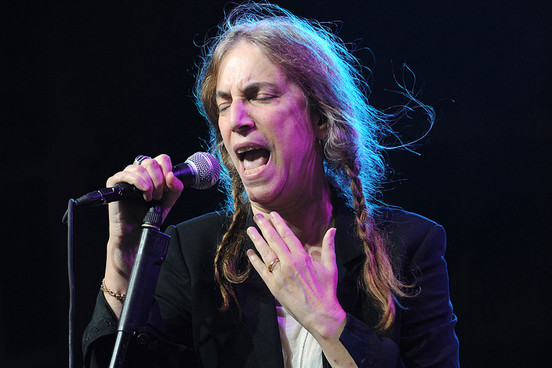 She goes her own way, does Patti; during the first chorus of her iconic 'Because the Night...' she spat out a huge gobbet of saliva where the word 'night' should have been (check it out on YouTube here and you'll see what I mean). She talked of Rimbaud but also gave us a meanderingly entertaining story about a mix up between a lasagna and a steak-and-ale pie in the Lamb and Flag pub just outside Bath. Germany were playing Italy in the European Cup semi-final that evening, so she talked a bit about football as well. And her music was sublime, most especially for me her rendition of Gloria, which I only realised later was one of her poems set to music. Here's a woman in her sixties at ease in her own skin, looking as though she's lived a lot because, in fact, she has.

I didn't have any money on me that night because I was a steward, so it took me a while afterwards to buy her National Book Award-winning memoir Just Kids. I'd heard the odd snippet on Radio 4 when it was Book of the Week, but all I could remember was that Allen Ginsberg once tried to pick her up in a cafe because he mistook her for a pretty young boy. It was only after she'd performed at the Bronte Parsonage and autographed some books there, that I got my mitts on a signed copy which I then accidentally defaced with my pen. Ah well, my own personal markings on a Patti Smith classic, you could say.

In Just Kids, Patti tells the story of her relationship with the artist and photographer Robert Mapplethorpe whom she met in New York City in the late 1960s. He was a 'hippie shepherd boy' with tousled curls and strands of beaded necklaces, she was socially awkward with a head full of nineteenth century literature. Robert rescued Patti from a date gone wrong and they became inseparable, virtually penniless but pooling their belongings and moving once they could almost afford it to the artistic hub in central Manhattan that was the Chelsea Hotel. There they were surrounded by other writers, musicians and artists, living in the aura of Dylan Thomas, Frida Kahlo, Bob Dylan and many, many others who'd passed through its doors.

They rubbed shoulders with the likes of Janis Joplin, Jimi Hendrix and the Velvet Underground and before long were moving into the orbit of Max's Kansas City where Andy Warhol and his posse from the Factory liked to hang out. Their romantic relationship may have dwindled as Robert explored his sexuality and Patti found other lovers, but they were never able to break the feeling each had of finding their soul-mate


We promised that we'd never leave one another again until we both knew we were ready to stand on our own and this vow, through everything we were yet to go through, we kept.

Patti was Robert's muse and they were always happier together than apart, visiting their favourite haunts in Coney Island and pushing the boundaries of their art. Patti eventually married and moved out of New York and Robert settled down with the art dealer Sam Wagstaff, but their friendship endured the miles until the spectre of AIDS arrived to claim their generation. 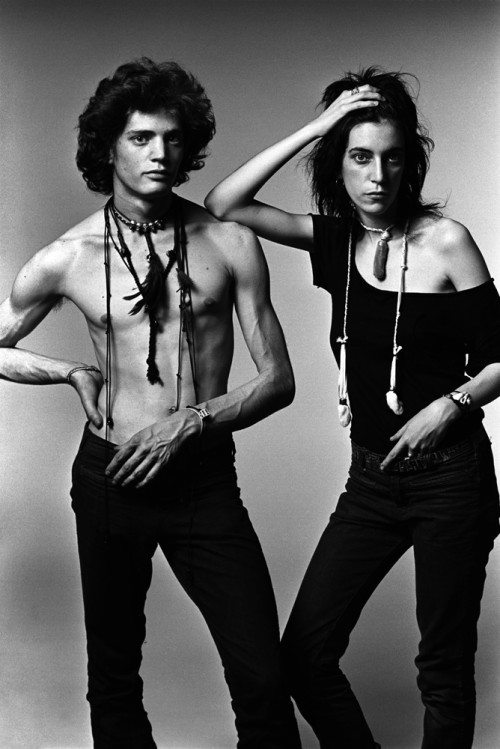 This is a tender homage to Robert Mapplethorpe and the bond he and Patti Smith shared from the moment they first met. Patti writes with sensitivity and deceptive simplicity, explaining Robert's talent and beauty without sparing his flaws and her reservations about the extreme nature of some of his work. She chooses her words with the care of a poet, recreating the buzz of the drug-fueled explosion of creativity and self-destruction happening around her, as she moved from writing poetry to acting and performing as a musician. But above all, she describes Robert's decline with an almost unbearable poignancy and regret for the years which should have been.

Just Kids captures two lives, one bond and a heady world which simply isn't there any more. It's an original voice from a unique artist and whether you enjoy Patti Smith's music or not, or whether like me you are late to the party, this hauntingly personal memoir will enthrall, delight and ultimately move you.