Theatre Review: A Taste of Honey at Theatre Royal, Bath 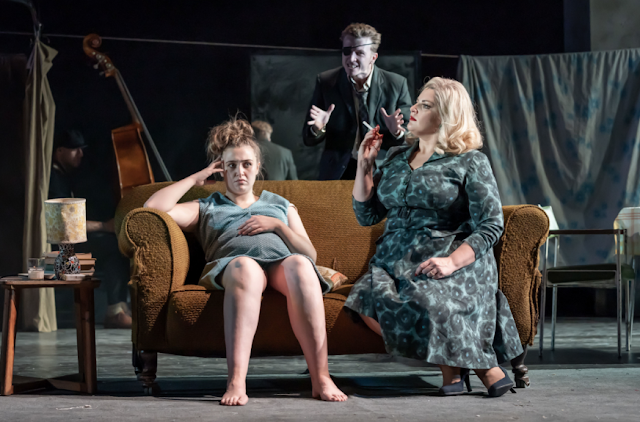 When 19-year-old Shelagh Delaney’s debut play A Taste of Honey opened in Stratford East in 1958, it raised more than a few eyebrows. Written about social deprivation in working-class Salford, as experienced by a teenage girl whose liaison with a black sailor leaves her pregnant, its raw humour and bleak regional cadences catapulted her into the ranks of kitchen sink dramatists. She became a female counterpoint (whether she liked it or not) to Look Back in Anger’s John Osborne.

Ahead of her time—and doubly so as a young woman—Delaney challenged the conventions of the day, but fast-forward more than 60 years and her storyline no longer holds the same capacity to shock. Satiated as we are by Shameless-style grit, it’s crucial to remember that it is rooted in the likes of Delaney. Yet, despite director Bijan Sheibani’s commendable efforts to enliven the narrative with a three-piece band and dynamic-though-marginal set changes, this National Theatre interpretation still feels like a product of its time—primarily a revival of historical interest. 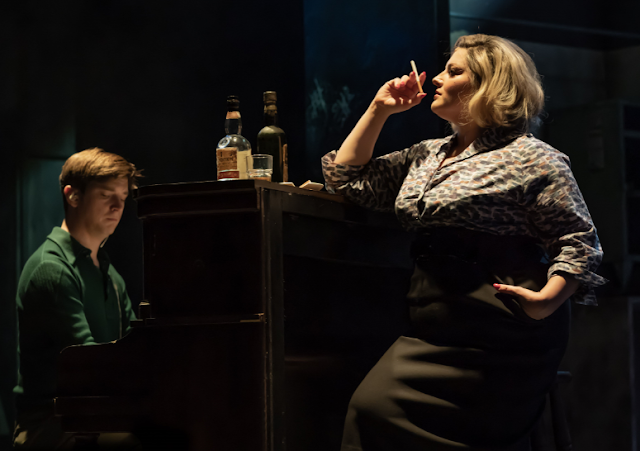 That’s not to say that there aren’t good performances here. Precisely because we are no longer outraged that teenaged Josephine (Gemma Dobson) is about to give birth to a mixed-race baby, or that she has taken in her gay art school friend Geoffrey to live with her, there’s a greater focus on her relationship with her mother Helen (Jodie Prenger). This emerges as the story’s core; a balancing of pain, humour, anger, judgement, and love that many a mother and daughter over the years—rewinding back in time from the likes of Greta Gerwig’s 2017 film Lady Bird—will recognise.

These are women to whom life has handed nothing, perennially bonded despite the demands of Helen’s new husband Peter (Tom Varey), and doing what they can to survive. Prenger breathes life and glimpses of humanity into a mother who might easily be a monster, her singing revealing a yearning undertone that would otherwise be lacking. 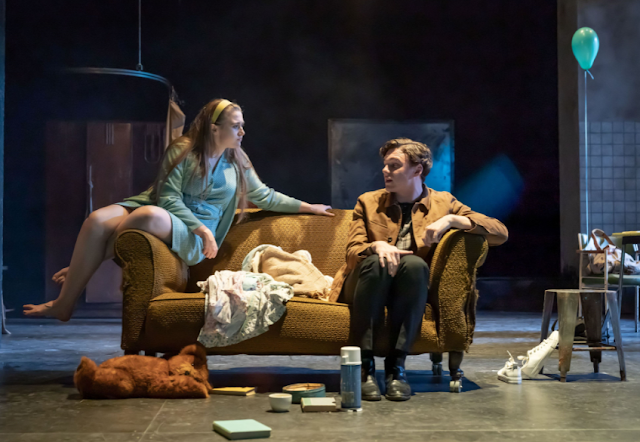 Dobson’s Josephine appears initially shrill, but her school uniform in the opening scenes reminds us of her extreme youth. She matures as the narrative unfolds; though her short-lived romance with Durone Stokes’s sweet-talking but feckless sailor Jimmie is sketched in the briefest of outlines, her friendship with Geoffrey—played with engaging effervescence by Stuart Thompson—helps her navigate the daunting prospect of parental responsibility.

Hildegard Bechtler’s gloomy set captures the breadline existence of its inhabitants, but the frequent fluid movement of walls and furniture by a chorus of characters is a distraction. Though the sudden influx of strangers at scene changes suggests the claustrophobia of tenement living, it becomes visually over-busy.

David O’Brien’s three-piece jazz band neatly captures the mood in the prelude to the play’s opening and emphasizes the ebb and flow of emotion throughout; Prenger’s vocals and Thompson’s post-interval rendition of 'Mad About the Boy' are highlights. Yet even with this musical underpinning, whole flights of dialogue seem to flag; it’s hard not to conclude that, although honouring Delaney, this production of A Taste of Honey ultimately does little to illuminate her legacy.

Email ThisBlogThis!Share to TwitterShare to FacebookShare to Pinterest
Labels: A Taste of Honey, Bath, The National Theatre, Theatre Royal Bath