Crime fiction author SJI (Susi) Holliday has followed up her creepy Gothic novel The Lingering with another psychological thriller. In Violet, she explores the far-reaching consequences of a friendship forged during a fateful train journey traversing the vast open territories between Beijing and Moscow. 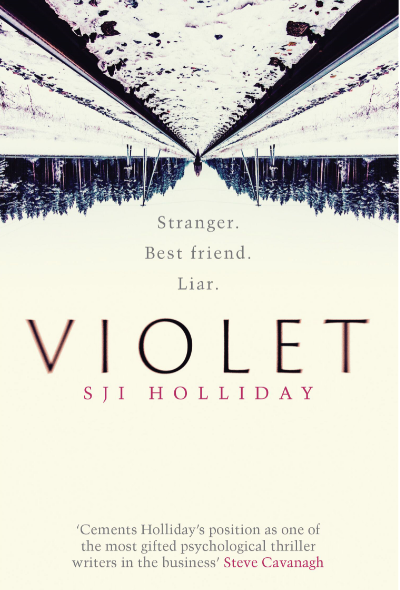 When Violet and Carrie bump into each other in a Beijing travel centre, it seems like a match made in heaven. Violet is desperate to buy a ticket for the Trans-Siberian Express, having split from her boyfriend in Thailand. Meanwhile, Carrie has one to spare after her best friend Laura had an accident and couldn't make their round-the-world trip.

The two women hit it off and, after a few drinks, Carrie impulsively offers her second ticket to Violet. Their friendship is cemented by exchanging snippets of previous failed relationships and they board the train to Moscow via Mongolia in a haze of optimism. But, of course, all is not quite what it seems; Violet is the novel's ultimate unreliable narrator, choosing what she hides and what she reveals, dangling tantalising glimpses of past lives and obsessions that raise many more questions than they answer.

Carrie, by contrast, unveils her innermost feelings in a series of emails to Laura back home in Scotland. But she too has her mysteries; what happened between Carrie and her boyfriend Greg before she left home? And how exactly did Laura meet with her untimely accident? As the claustrophobic intimacy of the railway carriage gives way to the vast open steppes of Mongolia, the two women are alternately attracted and repelled by each other, manipulating their own versions of the truth as their newly woven bond threatens to spectacularly unravel.

There are scenes of Shamanic festivals and Mongol horse-riding, of drug and booze-fuelled partying, but to tell more would be to tell too much. Holliday deftly ratchets up the tension - from an adventure charting the highs and lows of ill-advised excesses to something much more sinister and unhinged. Coupled with a travelogue that makes you want to ditch your day job, pick up your backpack and head off across the world - though hopefully avoiding the darker chills of this twisting tale.

I read this novel in a single sitting, gripped by its encroaching menace, as the trip of a lifetime strays into a cross between Single White Female and shades of Killing Eve. Certain events defy belief by the end and are more loosely sketched than the detailed character work of the novel's central relationship, but it's a nail-biting, high-octane ride along the way.


Violet by SJI Holliday is published in the UK in November 2019 by Orenda Books. Many thanks to Anne Cater for my review copy. 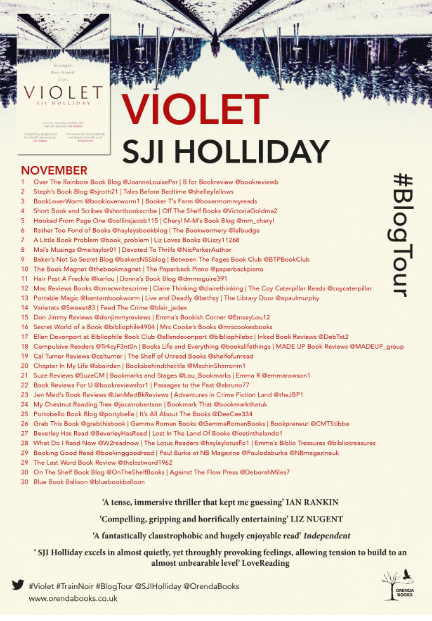 Posted by Claire Thinking at 07:58