Ballet Review: Romeo and Juliet at the Bristol Hippodrome 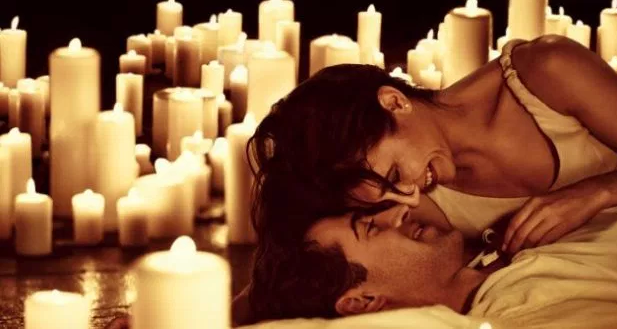 English National Ballet (ENB)’s Renaissance-set Romeo and Juliet revives the original choreography created by Rudolf Nureyev in 1997 for the Queen’s Silver Jubilee. This new restaging under artistic director Tamara Rojo, first seen at the Royal Festival Hall in 2016, is a visual spectacle of intricate footwork, sumptuous costumes, and vibrant ensemble pieces. Perhaps unsurprisingly, Nureyev’s vision for his own performance often placed greater emphasis on Romeo’s predicament, the posturing of his friends and fighting between factions, than on the tragic love affair at the heart of the story.

While his work has been compared unfavourably to the gold standard of Kenneth MacMillan’s emotionally charged 1965 choreography, it still has more than enough to commend it. Renaissance Verona with its funeral carts and colourful market stalls is a setting both terrifying and entrancing in equal measure. Doom is augured by sinister and shadowy figures throwing dice and the beggar who, having been helped by the ill-fated Romeo, immediately drops down dead. The menace is palpable as young Capulets and Montagues bait each other in the square with bawdy hand gestures and their skirmishes flash with undertones of deepening violence.

By contrast, the grandeur of the opulently red-robed Capulet ball, set to Prokofiev’s now all-too-familiar music, is the dazzling centre-piece of Ezio Frigerio’s evocative design, establishing the family’s wealth and prestige. But there are comedic touches, too; Pedro Lapetra’s Mercutio is the joker in the pack, his swordplay with Tybalt (Fabian Reimair) a source of japes and general amusement until the devastating outcome is realised. The interplay between Lapetra and Reimair is dynamic and arresting from their first meeting: in Act 2, skilfully depicting life and death divided by an instant; comedy and tragedy forever interlaced.

Aaron Robison is charismatic in the lead role, his Romeo strong and lithe in the technically challenging Act 1 solo, convincingly transitioning from his initial boyish infatuation with Rosaline to the agony and ecstasy of obsessive love for Juliet. His backward leaping duet with Benvolio (James Forbat) in the final Act is an expressive highlight, emphasising the unexpectedly tender bond of male friendship.

Jurgita Dronina dances eloquently as Juliet, at first more interested in playing games with her girlfriends than dressing for the ball and the prospect of an arranged marriage to Paris. She sensitively portrays Juliet’s headstrong nature and growing maturity and enjoys a potent chemistry with Robison. Her storytelling is clear and persuasive, making the most of her role within Nureyev’s constraints, as she shares a single passionate night with her new husband, before his subsequent banishment leads her into desperation, conjuring to life the ghostly Tybalt and Mercutio in a dramatic scene that lays bare the futility of her plight.

ENB’s orchestra, under the sure-handed musical direction of Gavin Sutherland, effortlessly draws out the emotion of Prokofiev’s surging score. Only the tragic final scenes appear dimly lit and too brief, in comparison with earlier narrative, but overall this Romeo and Juliet is a revival that doesn’t disappoint: full of entrancing set pieces and moments that dazzle the senses.

Posted by Claire Thinking at 14:37