Just as a lie is most effectively hidden in truth, so fiction can be at its most convincing when intertwined with fact. And in The Whitehall Mandarin, Edward Wilson adeptly weaves his fiction together with historically accurate detail to present a broad-sweeping canvas of espionage as thrilling as it is believable.

London in 1957 is mired in the Cold War. The British are watching the Soviets pretending to be Americans. This is a familiar world for Catesby, Cambridge-educated veteran of bluff and double-bluff, whose working class upbringing nevertheless tars him forever an outsider. When a Soviet spy ring in London stops sending intelligence to Moscow, Catesby is sent to investigate where those secrets are going and discovers that the charismatic Lady Somers, first female head of the Ministry of Defence, may not be all she seems.

The Whitehall Mandarin is set on an epic scale and demands your complete attention from the off, as it shifts from clandestine meetings in London back rooms to the all-enveloping Suffolk fog, from a hair-raising plane ride across America to assignments for Catesby in Moscow and Vietnam which may not include a return ticket. The air is thick with sexual misdemeanour and honey-trapped blackmail is rife, while other secrets are given up willingly enough through ideology or good old fashioned greed.

It soon becomes starkly apparent that not all communists are the same and, as the story swings into the 1960s, the repercussions of China's role in the undercover power struggle begin to crystallise. Cameo appearances by historical figures from Chairman Mao to President Kennedy are littered between spooks of all persuasions and particularly enjoyable are the many incarnations of Cauldwell, the ultimate shape-shifting spy.

It would be impossible to fully flesh out the whole mind-boggling cast list of characters, but while some are sketchy or elusive, Catesby is unfailingly well-rounded and engaging. A loner with few enduring relationships, he picks his way through this tangled web of near annihilation with uncanny intellectual shrewdness. All too often he finds himself an expendable pawn in a life-or-death chess game, reflecting


The wonderful thing about espionage wasn't what enemies did to each other, but the way allies stabbed each other in the back

although this was the only section of the book where I felt in danger of being overwhelmed by historical and geographical detail. 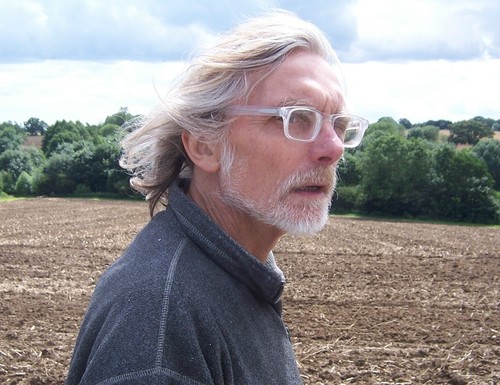 Edward Wilson's writing is intelligent, action-packed and breath-taking in scope. He's a master of reinvention himself, having grown up in Baltimore and served in Vietnam before giving up US nationality to become a British citizen. The Whitehall Mandarin is his fourth novel in the Catesby spy series and, while his books are often compared to those of John le Carré, there's also a dash of Indiana Jones adventure thrown in for good measure.

By the unexpected and satisfying conclusion of The Whitehall Mandarin fact, fiction and conjecture have become impossible to separate and unsettling to contemplate. How did China develop into a nuclear power so quickly and why did Nixon really decide to visit? Many conclusions are drawn but others left open, hopefully for Catesby's next assignment. In the meantime I'm looking forward to discovering what I've missed so far, by reading some of his back-list.