In his debut novel Jihadi: A Love Story, Yusuf Toropov takes on some of the most urgent and complex issues facing our civilisation. Terrorism, the clash of ideologies, the role of women; so many moral dilemmas on a global scale set the stage for a thriller that at heart - as its title suggests - also captures love amongst the wreckage. 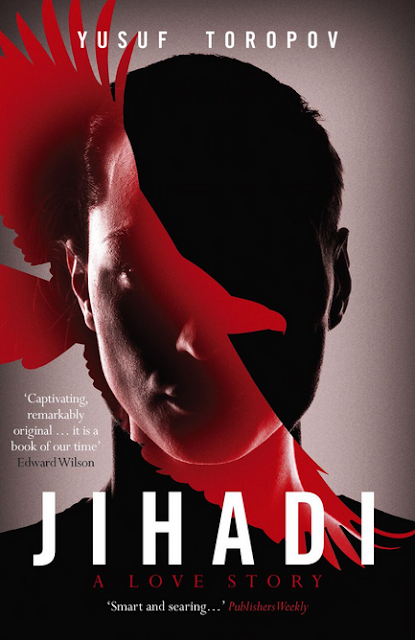 Thelonius Liddell, an intelligence officer working for the CIA, is sent on a covert mission to Islamic City, leaving his wife, Becky, at home. We know from the outset that something has gone badly wrong, because he begins his memoir:


I am the dead guy telling you this story. Stories are all I have left.

Thelonius is now being held in a containment unit he calls The Beige Motel, intent on giving his account of who - and what - has brought him here. But his reliability is called into question by a second narrative strand; a psychologist who sees patterns in everything, scathingly annotating his manuscript and setting out an alternative version of events.

This contradiction is disconcerting at first, a puzzle to the reader. But, as the story unfolds, secrets are revealed and fragments coalesce. There's a slow-burning satisfaction in piecing it all together, listening to the voices, hearing their reversals and and choosing what to believe:


After years of being the one whose behaviour had to be monitored with care, Thelonius found himself locked in a minivan, in the middle of the night, face-to-face, not just with insomnia, not just with betrayal, but with a role reversal. He had to address the possibility that Becky might be the one in need of close watching. That he might need to do the watching. That her behaviour was likely to get worse, more impossible to ignore, perhaps more dangerous as time passed. That they had reached the endgame, the point of sudden shift or collapse, much faster than he had anticipated.

This is a novel that doesn't do all the work for you, but rewards you for walking in the shoes of its characters and thinking about how you would act in their place. Each makes a significant transformation during the course of the story; Thelonius is challenged to examine what it means to be a Muslim, forced towards introspection, while the psychologist takes on personal battles of body and mind. My own favourite is Fatima, a courageous young woman living in the eye of the storm - an outsider in her own world - who begins by making choices to protect her family but ends by having a profound influence on so many who touch her life.

There are some fantastically quirky moments - informed, one suspects, by the author's preoccupations; Thelonius' conversations with an American comic book character and the psychologist's obsession with the insights to be found in the Beatles' White Album.

Despite dark and often harrowing events, the ruthless pursuit of ideals and disregard for the suffering they unleash, Jihadi: A Love Story is, above all, a celebration of the ability of the flawed, frail human spirit to survive and reach out even until death. 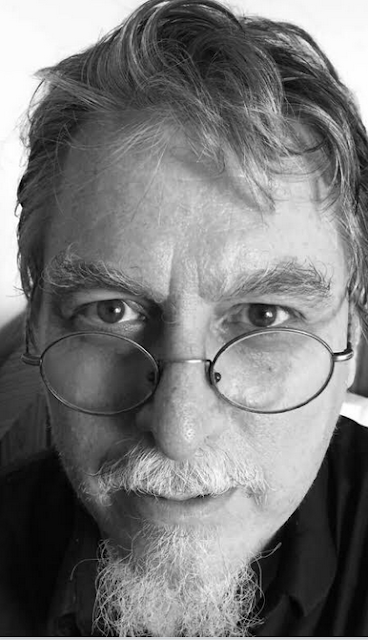 Yusuf Toropov is an American Muslim author, currently living in Ireland, who has already written a number of non-fiction books and plays. In this, his first novel, he has produced a thriller that bridges both sides of the conflict arising from US involvement in the Middle East. He questions the lazy assumptions routinely used to justify abhorrent actions and introduces pivotal female characters with their own opinions and narrative, so much more than accessories to the plot. In doing this, he has produced an intriguing work of rich complexity that really taps into the zeitgeist.

Jihadi: A Love Story is published in paperback by Orenda Books on 10 March 2016. Also available as an ebook. Many thanks to Karen at Orenda for my review copy.

Posted by Claire Thinking at 01:25